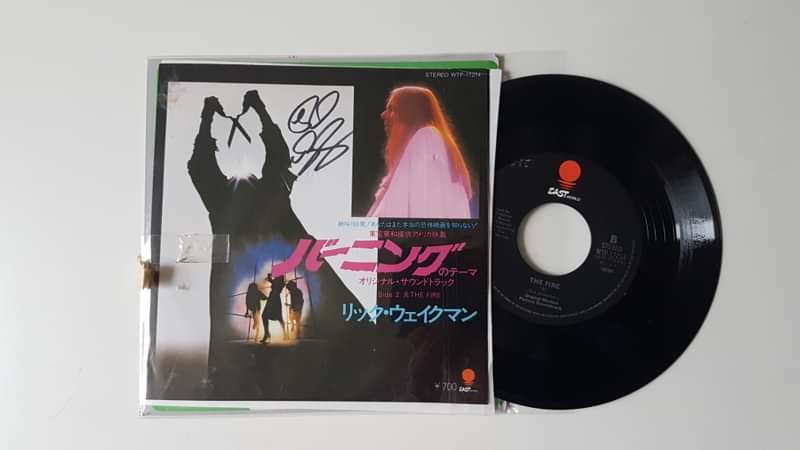 Signed by Rick. This is an already a very rare, 7" Japanese single. It was taken from The Burning soundtrack. Only one available.