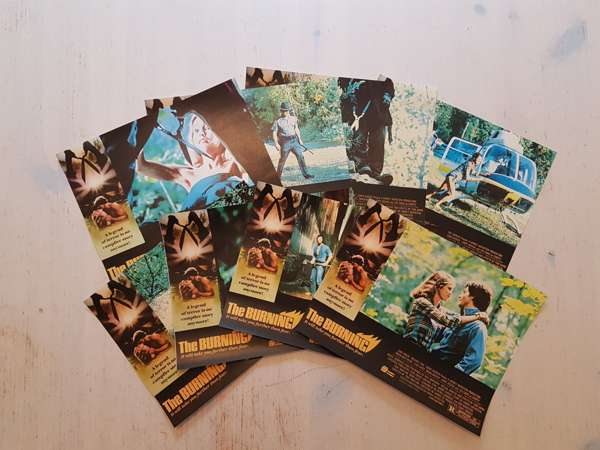 The Burning Signed Pack of 8 Lobby Cards - signed by Rick

A set of 8 Repro Lobby Cards from the film. The set be signed by Rick.