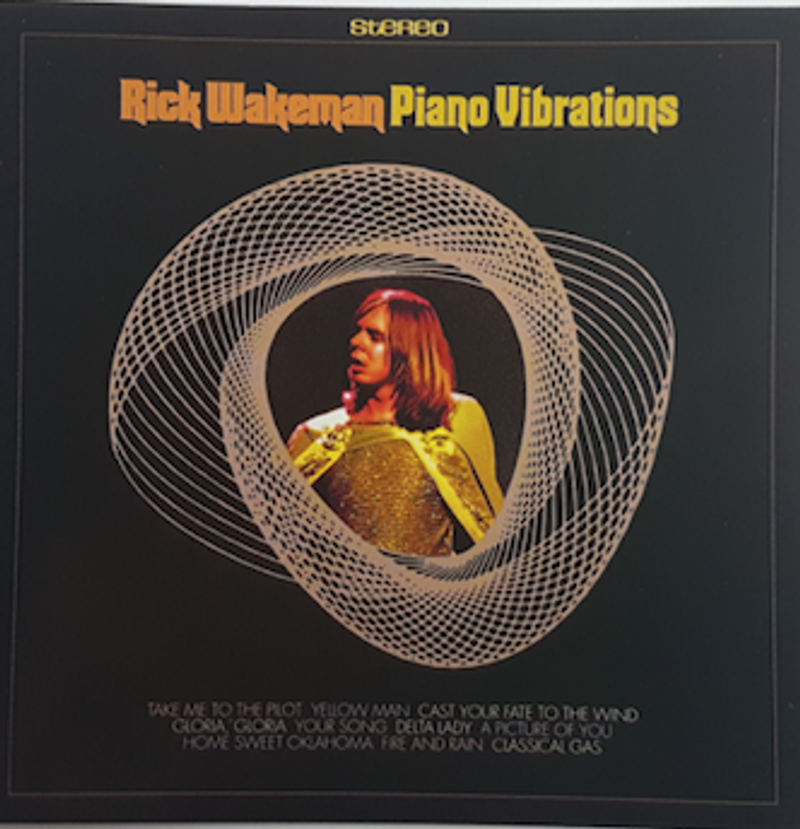 This is a very peculiar, nay controversial, part of the Rick Wakeman canon. In 1971 Rick Wakeman was one of the hottest properties in rock music. Born in West London, he purchased his first electronic keyboard at 12 years of age. In 1968 he studied the piano, clarinet, orchestration and modern music at the Royal College of Music before leaving after a year in favour of session music work. He went on to feature on songs by artists including Black Sabbath, David Bowie, T. Rex, Elton John and Cat Stevens. Wakeman joined the folk group Strawbs in 1969 and played on three of their albums. He first joined Yes in 1971 to replace Tony Kaye and became a superstar. Then, out of the blue came this record. Piano Vibrations, though promoted in its re-release as the first studio album by English progressive rock keyboardist, Rick Wakeman, is not considered a Wakeman album, even by himself. His contributions were limited to performing as a session musician and he did not compose any of the tracks. He says: "This was never meant to be a solo album and to be honest I certainly don't count it as a solo album in any respect. True it is a piece of history, but not one I'm proud of. I was actually booked to play the piano on a session at Pye Studios in London's Marble Arch and it was to play on some backtracks for an unknown singer who was due in later that week to put his vocals on. Shortly afterwards I started having some success with Strawbs and the next thing we knew was that the album was being put out by PYE Records as "Piano Vibrations" with no vocalist and with a picture of me on the back. I was unhappy and A&M Records, who had Strawbs and myself signed, were furious. I received £9 for my trouble".