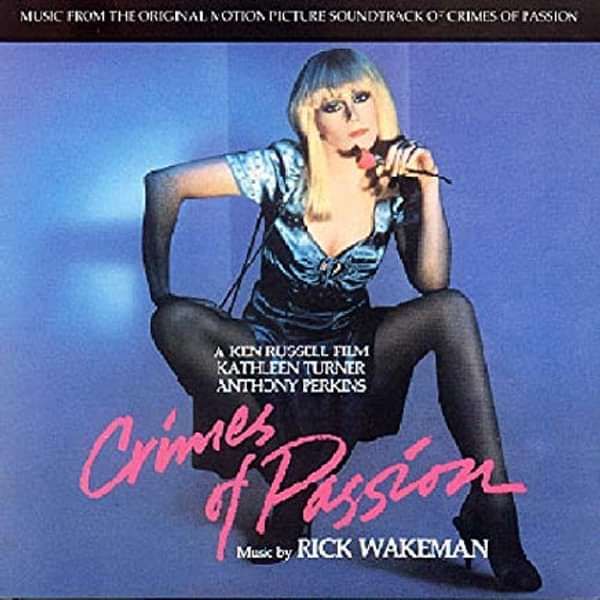 In the early eighties, British enfant terrible Ken Russell travelled to America and placed his unorthodox imprint on a pair of US movies. The first was "Altered States", so out-there its screenwriter disowned it. The second was the equally crazy Crimes of Passion, starring Kathleen Turner (Body Heat, Serial Mom) at the height of her powers.

Fashion designer Joanna Crane (Turner) leads a double life. By night she is China Blue, a prostitute who’s attracted the unwanted attention of two men. One is a sexually frustrated private detective hired by her employees. The other is a psychopathic priest (played by Norman Bates himself, Anthony Perkins) in possession of a murderous sex toy.

With its outré screenplay by Barry Sandler and over the top score by Rick Wakeman, Crimes of Passion may just be the most outrageous Ken Russell film ever made – and that’s quite some feat!