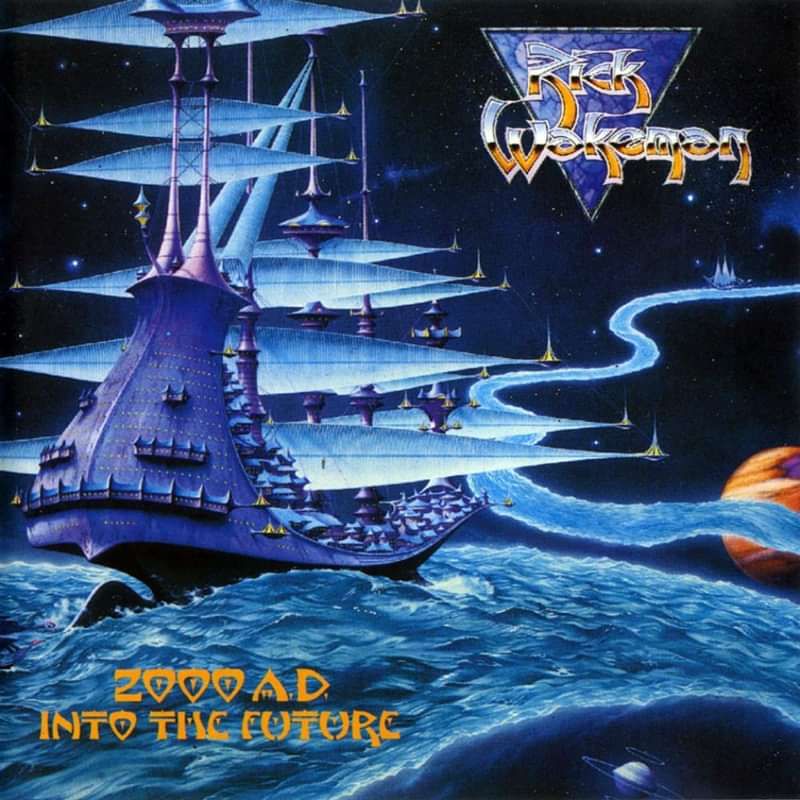 There's always been something mythic and larger than life about Rick Wakeman, and so it is not particularly surprising that he turned his hand to interpreting the iconic 2000 AD comics, the weekly science-fiction oriented magazine, most noted for its Judge Dredd stories. Dave Cable writes: 'I believe '2000 A.D.' was hailed as one the most stylish and dynamic synth albums ever made. Many years and hundreds of albums later I feel that it still is and as a result, it is a more than fitting title for such an immense body of work. Rick may well have ditched his cape in the pseudo-digital time tunnel but the wizard was still out there and in control. '2000 A.D.' confidently runs through a wide range of musical styles while offering a fair amount of pleasant surprises along the way that only Rick could get away with, because it is done so well and, after all this is his identity which, as an 'artist' is an important aspect of any work. '2000 A.D.' is quintessential Wakeman doing what he does best and on his own terms.

In a nutshell a fantastic album. Outside, a memorable and true classic in every sense of the word.'

Into The Future Toward Peace 2000 A.D. A.D. Rock The Time Tunnel Robot Dance A New Beginning Forward Past The Seventh Dimension