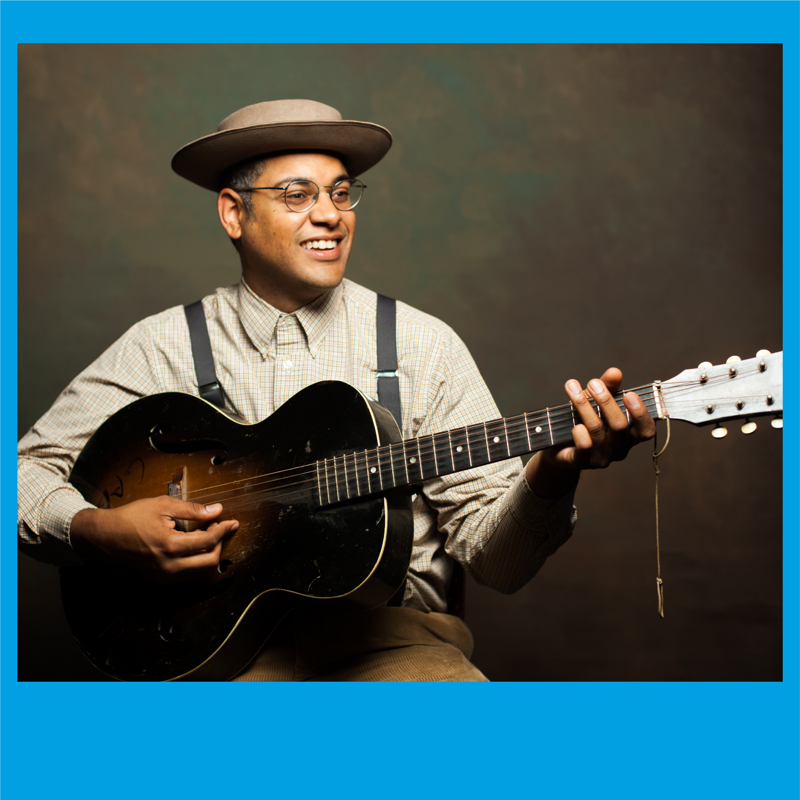 JD Wilkes - “Wilkes is the closest thing there is to the Ambassador of Genuine Traditional Southern Culture!” (Alarm Magazine)

Dom Flemons is a Grammy Award winner and 2 time Emmy nominee United States artist, and is branded “The American Songster” since his repertoire of music covers over 100 years of early American popular music. He is also the co-founder of the Carolina Chocolate Drops, who won a GRAMMY for “Best Traditional Folk Album” in 2010 and were nominated for “Best Folk Album” in 2012. The Carolina Chocolate Drops were inducted into the North Carolina Music Hall Of Fame and are featured in the Smithsonian National Museum of African American History & Culture.

Flemons made his major solo debut on the Grand Ole Opry, on a night with Carrie Underwood and Old Crow Medicine Show, and has been included in the American Currents Class of 2018 exhibit at the Country Music Hall Of Fame Exhibit alongside Reba McEntire, Jeannie Seely, Chris Stapleton, Molly Tuttle, Carrie Underwood, Keith Urban, Kane Brown, Dan Auerbach, John Prine and more.

JD Wilkes is an American musician, visual artist, author, filmmaker and self-proclaimed "southern surrealist".  He is an accomplished multi-instrumentalist (notably on harmonica and banjo), having recorded with such artists as Merle Haggard, John Carter Cash, Mike Patton, and Hank Williams III.

Wilkes is perhaps best known as the founder of the Legendary Shack Shakers, a Southern Gothic rock and blues band formed in the mid 90s. Fans of his work with Legendary Shack Shakers include Stephen King, Robert Plant and former Dead Kennedys frontman Jello Biafra. Rolling Stone named Wilkes as the “best frontman” at the 2015 Americana Music Association Festival for his performance with the band.

The Legendary Shack Shakers have toured with the likes of Robert Plant and The Black Keys, among others. Their music has been featured in HBO’s True Blood series, and in a long-running Geico commercial.