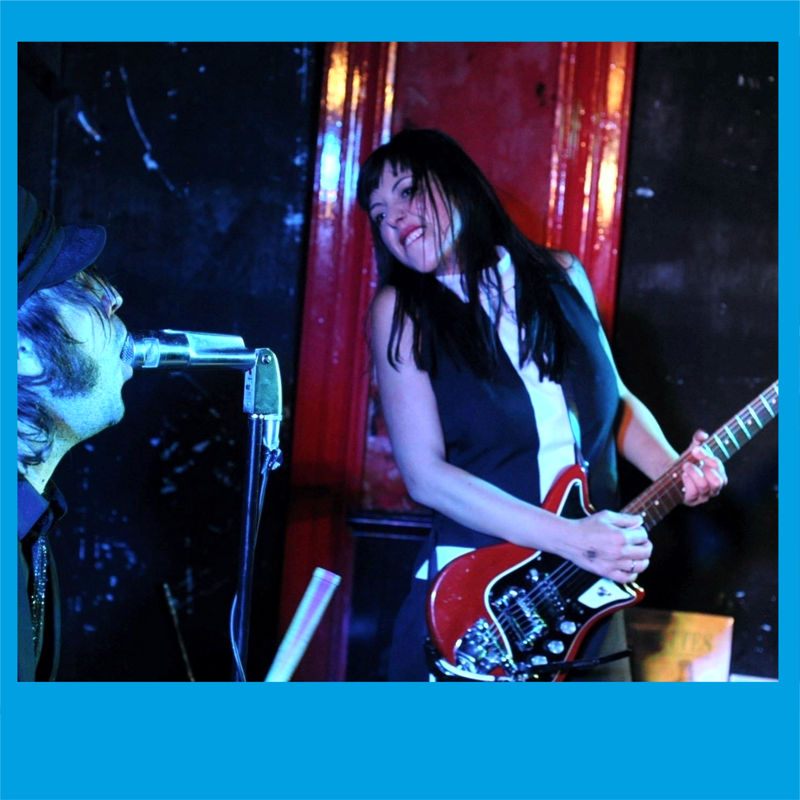 The Courettes are a garage duo sensation from Brazil and Denmark!

The Courettes are an explosive garage rock duo from Denmark/Brazil, highly praised by the world’s coolest music magazines. Their first single for Damaged Goods, ‘Want You! Like A Cigarette’, was released in 2020 in the middle of the Covid-19 pandemic and received airplay on BBC6 Music in the UK and spins at P6Beat and P4 in Denmark. “This extraordinary 45 marries a super-charged pop top side to a charging, rampaging flip” wrote Kieron Tyler (MOJO). A brand new single, ‘Hop The Twig’, followed in Spring 2021.

Back In Mono, the duo’s third album was released by Damaged Goods Records in October 2021, along with 7” single ‘R.I.N.G.O.’. The album was mixed in Japan by Wall of Sound aficionado Seike Sato and shows the band in top form, with great song writing and Spector-esque arrangements. The album also see them add broader nuances, influences and sound qualities to their garage rock recipe. The tunes are teen-trash-tragedy garage meets The Ronettes and The Ramones in Gold Star Studios’ echo chamber. Fuzz guitars, loud drums, trashy pianos, jingle bells, tambourines and three-minute dance floor garage killers where a Wall of Sound blasts the songs out of the speakers! The album has featured in several high profile albums of the year lists.

The Courettes toured the UK in October 2021 playing a staggering back-to-back 17 shows, picking up rave reviews along the way both online and in all the major UK music magazines. A further single ‘Misfits & Freaks’ is set for release in February 2022 and The Courettes will be returning to the UK for more live dates and a Marc Riley BBC 6Music session in May/June 2022. Stay tuned for more loud as hell Scandinavian rock n’ roll!

“The real sound of now busting through my door, new songs that keep kicking the history forward. I can’t imagine my turntable without The Courettes” (David Fricke, Rolling Stone, USA. For the “We Are The Courettes” album´s liner notes)

“The dynamite just keeps on coming!” Lindsay Hutton (The Next Big Thing, UK)

“Unbelievably good songs, top tunes. The COURETTES get along completely without covers and have found their own distinctive sound. Charming, twisting and always danceable.” By Gereon Helmer (Ox Magazine, Germany)

“The Courettes full-bore attack would do any festival proud”. Kieron Tyler (Mojo, UK)

“The coolest couple of the Reeperbahn Festival” (The Music Minutes, Germany)

“‘60s-style garage band that has the look, the vintage gear, raw production, and actually play with pure fire and intensity. Most importantly, they have SONGS” (Mojo Workout)