In the absence of in-person events over the past year, many artists and musicians have turned to digital platforms in a search of ways to engage their audiences. For Glasgow-based producer and composer Susan Bear (aka Good Dog) and visual artist and song-writer Faith Eliott, this desire to find an alternative to performing and exhibiting work led them to create an 8bit, RPG game, Journey to the End of the Jelly World.

The game follows the classic narrative template of the Hero’s Journey. As the player, you find yourself washed up on the beach of a strange island in an alternate dimension. You discover a town whose inhabitants are friendly worms that wear little hats. Through exploring and conversing with the worms, you learn that something is amiss in the town. Soil shortages, anti-slime and hostile guards have disturbed the usual peace and tranquility… You get the impression that it might have something to do with the Y2K bugs who live on the other side of the island. … Will you set off on a Journey to the End of the Jelly World, ascertain the root of these troubling occurrences and save Wormtown? It’s up to you!

Aesthetically, the game is heavily influenced by the kinds the games that brought Faith & Susan (independently of one another) escapism in their adolescence, such as Neopets, BBC micro games, and Zelda. However, the dialog also encompasses unanticipated poetic & literary influences. “I love the dark humour of playwrights like Samuel Beckett and Dylan Thomas. The language those two authors use in particular is very palpable somehow. They reference so much of material life; food and animals, smells and sounds. Seeing as our game is 8bit and visually very minimal, the dialog has to work hard to set the scene and make the digital space feel tangible. I found myself going back to those authors again and again for ideas on how to describe things!” Eliott explains.

Regarding the game soundtrack, Susan Bear cites influences such as the Animal Crossing soundtrack, Chipzel & Jim Guthrie, the composer for Sword and Sorcery. "Aside from game composers, I have always loved the instrumental work of Aphex Twin, Hudson Mohawke, Lunice, and other like fUtUre bass LuckyMe style stuff. And Italo disco, Which has probably influenced the music and production in various ways", Bear says.

Neither having made a game before, Bear & Eliott had many conversations about world-building and narrative whilst conceptualising the game’s story. They agreed that in their experience, the most exciting part of playing video games was hunting out side-quests and hidden spaces in the worlds they were navigating. Video games are unique in that they allow an audience to experience narrative in a non-linear, spacial way. Unlike so many art forms, where the end process involves a lot of stripping away components that are not relevant to the central theme, video games are enriched by tangential elements and detail.

“Game-making actually feels much more true to the experience of exploring an idea than a lot of the other mediums I usually work with” Eliott observes. “The way that games are structured means they can accommodate funny and goofy aspects, but also be sad or frightening... It has been really exciting to work with an art form that so naturally provides the space to be dramatic and mythological as well as cute and weird!”.

Journey to the End of the Jelly World is out on July 2nd, 2021 The soundtrack will be released on OK Pal Records. The game will be accessible via Glad:Online.

Susan Bear (she/her) is a multi-instrumentalist, sound designer, composer and artist working across the mediums of music, theatre and games. 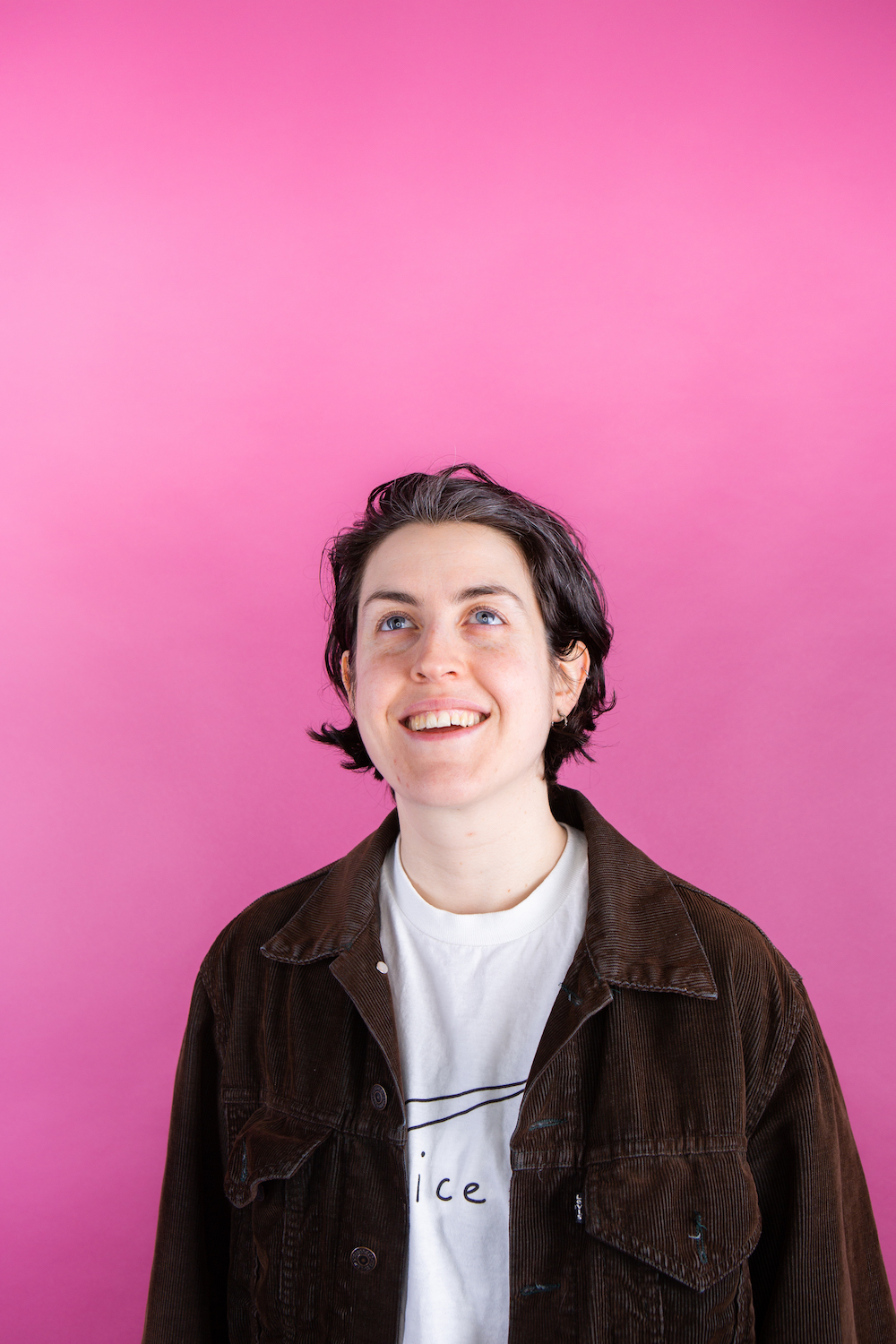 Bear has toured internationally as a performing musician with bands such as Tuff Love, The Pastels, Malcolm Middleton, Pictish Trail, Tracyanne & Danny, as well as performing in the Fringe First winning production What Girls Are Made Of (Cora Bissett / Orla O'Loughlin) as an actor and musician. In May 2020 Bear released her solo debut album, 'Creature', as Good Dog on Scottish indie label Lost Map to critical acclaim.

Over the last nine months Bear has been songwriting and producing music for sync with Scottish all female & non binary collective Hen Hoose, and recently mixed the full Hen Hoose album at Chem19 studios due for release in autumn 2021.

Faith Eliott (they/them) is a songwriter and visual artist currently based in Glasgow. They grew up in Minneapolis, Minnesota and relocated with their family to Scotland aged 13. 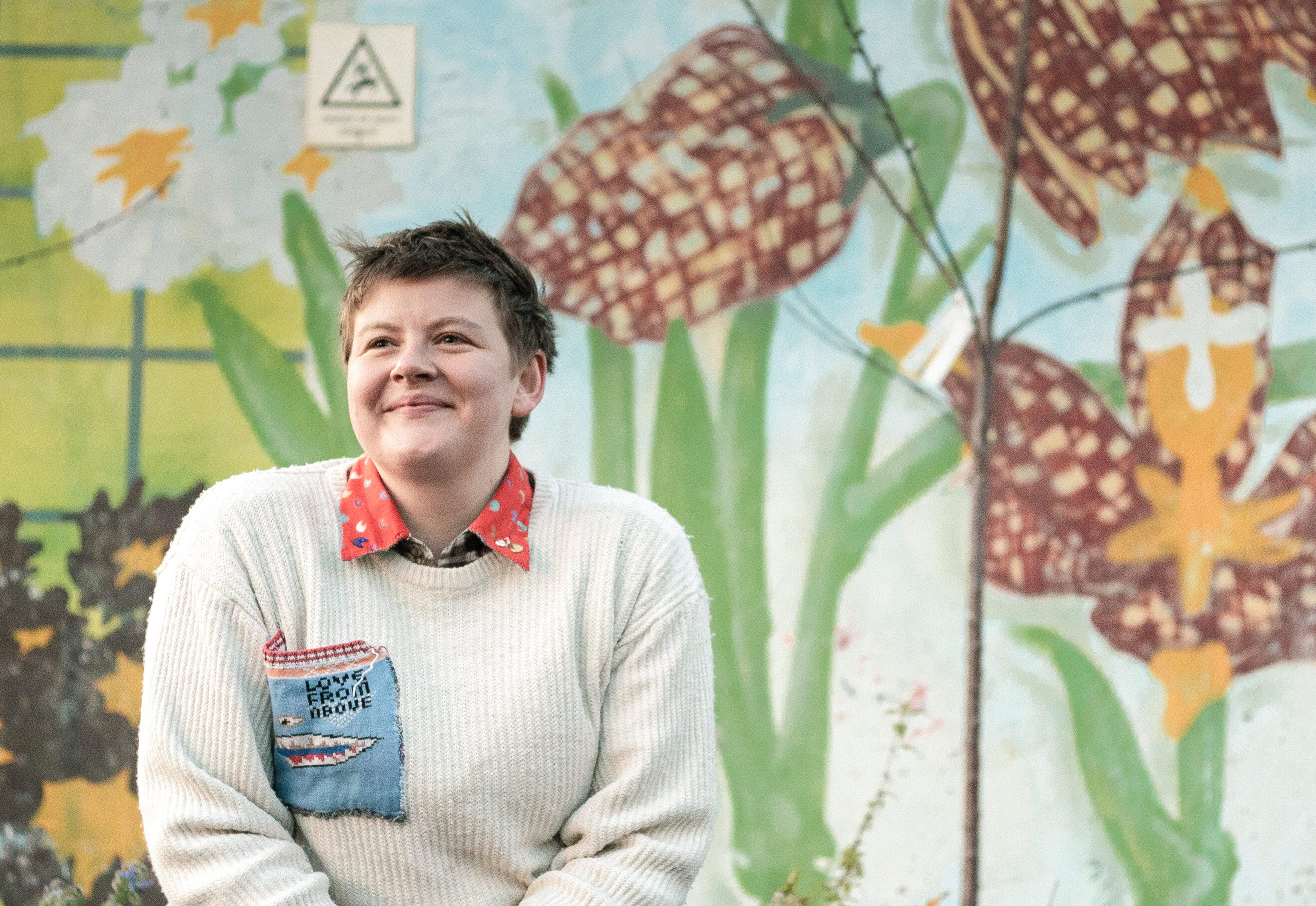 Faith studied Sculpture at Edinburgh College of Art, graduating in 2014. They have produced work in a wide range of media including printmaking, installation and video. These days, they work primarily in textiles and illustration. Increasingly, they have been making garments using crochet and found materials.

Faith is an active member of the Scottish grassroots indie and alternative music community. In 2018, they formed OK Pal Records with Edinburgh based artist Hailey Beavis. Over the past three years they have hosted dozens of gigs for local and touring acts, as well as all day events and art-markets. They also release albums, EPs, compilations, and zines in a variety of physical and digital formats.

Faith released a 7-track EP, ‘Insects’ on Song, by Toad Records in 2016. Their debut LP ‘Impossible Bodies’ came out on OK Pal Records in 2019. Both were received to critical acclaim have been broadcast on BBC Radio 3, 4, and 6Music.

Journey to the End of the Jelly World's original soundtrack by Good Dog, comes out on OK Pal Records on July 2nd, 2021.