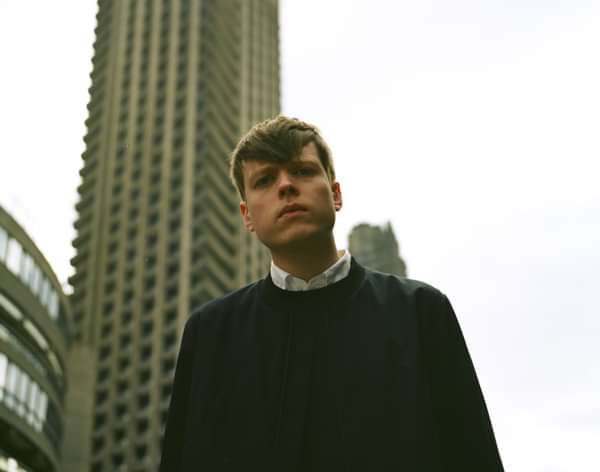 Helm is a sound artist and experimental musician based in London, active since 2006 and working with a vast array of revolving instrumentation and abstract sound sources. He has produced four full-length albums and three EPs consisting of dense compositions which explore the relationship between acoustic and electronic derived sounds. Helm's initial influences covered a broad range of 20th and 21st century avant-garde and experimental music, yet recently the project has grown to incorporate elements and ideas from other forms of electronic music, particularly industrial and different strains of dance music, something which more accurately reflects his own listening habits. He has also performed extensively across Europe and the USA in various different locations and environments, including many festival dates and North American and European tours with Danish band Iceage.

In 2015 Helm released his most substantial and highly acclaimed record to date on PAN. Where his previous effort, 2014’s ‘The Hollow Organ,’ dealt in dense, distressed sonics, ‘Olympic Mess’ is Younger responding to a period spent engaged with loop-based industrial music, dub techno, and balearic disco. These musical references, all of which can induce hypnotic states and feelings of euphoria, inform ten evocative aural landscapes which unfurl over the course of an hour and act almost as a counterpoint to the turmoil that spawned them. “It’s about exploring a perverse desire to pull the rug from under yourself, and the struggle to achieve a healthy equilibrium between one’s personal and artistic lives,” Younger says. “Dealing with the problematic consequences of pushing your own limits, forming and dissolving relationships, transient lifestyles, physical and mental exhaustion, excess, and other kinds of personal chaos”. Crafted using an array of heavily processed samples, found sound and electroacoustics, personal conflict manifests in “I Exist In A Fog” and “Outerzone 2015,” where visceral noise disintegrates into veiled, ambient strata. The disquieting crescendos of “The Evening In Reverse” and “Fluid Cloak” offer no such relief, while the title track and “Don’t Lick The Jacket” are mineral, multilayered abstractions twisting around a brittle pulse.