Over hundreds of shows across Ireland, the UK and Italy, they honed a tight, professional and energetic live act and supported the likes of Crazy World of Arthur Brown, My Life Story and The Quireboys.

MDT’s songs are built upon soaring vocals, melodic hooks and unexpected tangents, all woven together tightly, delivered with a wink. Steve’s lyrics tackle themes from kidnap to creationism, mental illness to misanthropy, patriotism to penis envy, bollocks to brexit. The songs are often reflective of the trials of life and tempered with a dark wit.

Notable achievements include Absolute Radio's “Unsigned Band Of The Week”, plays on BBC 6 Music Introducing, XFM, BBC London 94.9, Music Week, Right Chord Music’s “Band Of The Week”, Emerging Icons, God Is In The TVzine and Room Thirteen coverage. Their music has been featured on TV shows in the UK and USA. 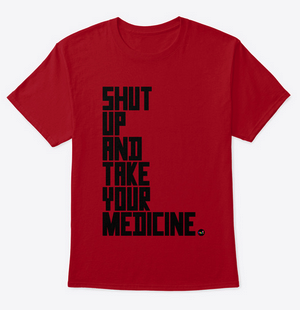