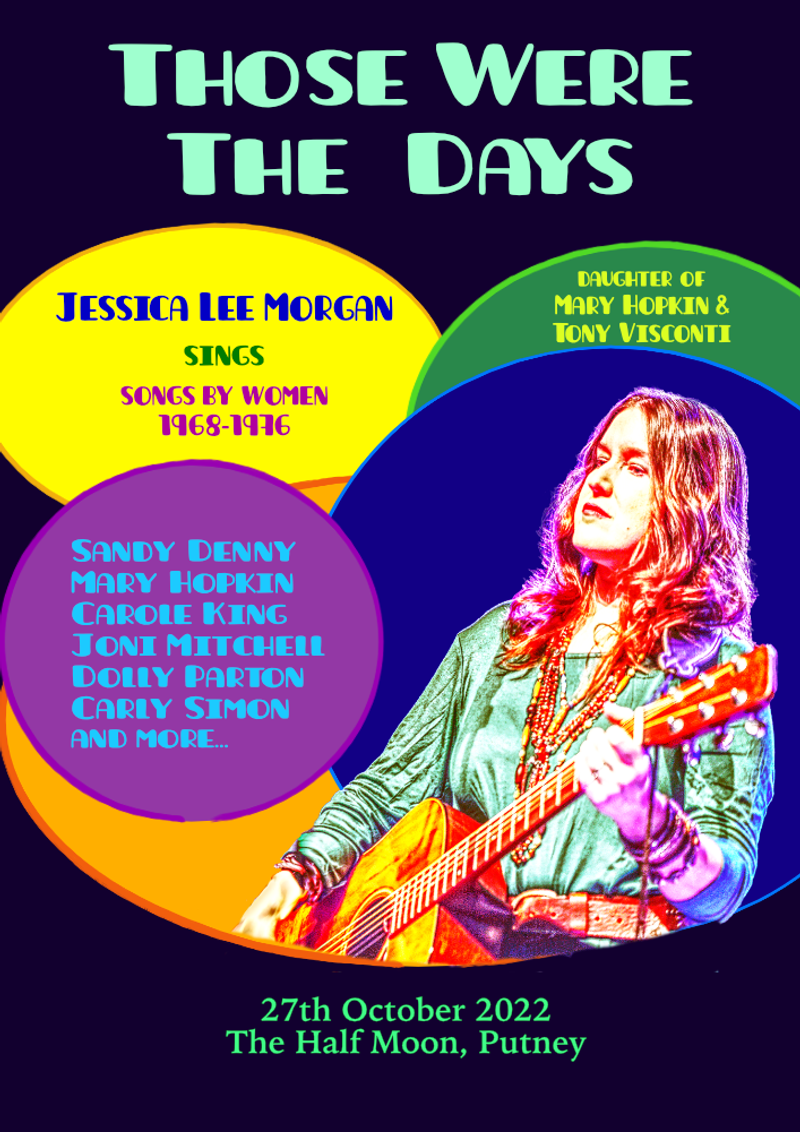 Those Were The Days - Jessica Lee Morgan & friends

In 1968, Mary Hopkin signed to The Beatles' Apple Records and had a number one worldwide hit with 'Those Were The Days'. In 1976 she had a daughter, Jessica.

Between those years, some phenomenal music was written and performed by women. From both sides of the Atlantic Ocean, Mary Hopkin, Joni Mitchell, Carole King, Dusty Springfield, Janis (Joplin and Ian), Sandy Denny and others wrote and performed songs that quickly became standards.

Jessica Lee Morgan is the daughter of Mary Hopkin and record producer Tony Visconti, an established singer-songwriter in her own right. Along with her partner Christian Thomas on bass, she examines the music of this era; her favourite songs and musicians which inspired her.

Paul Cuddeford is on guitars. Paul has played guitar for Bob Geldof, Ian Hunter, Steve Harley and Steve Norman, among others, and is also a successful composer for television.

Christian Thomas plays bass. Christian is Jessica's partner in life and music. He has played bass for several rock bands touring the UK. He has worked with Mary and Jessica on their recordings and Jessica's live shows since 2005 and has recently released two solo EPs.