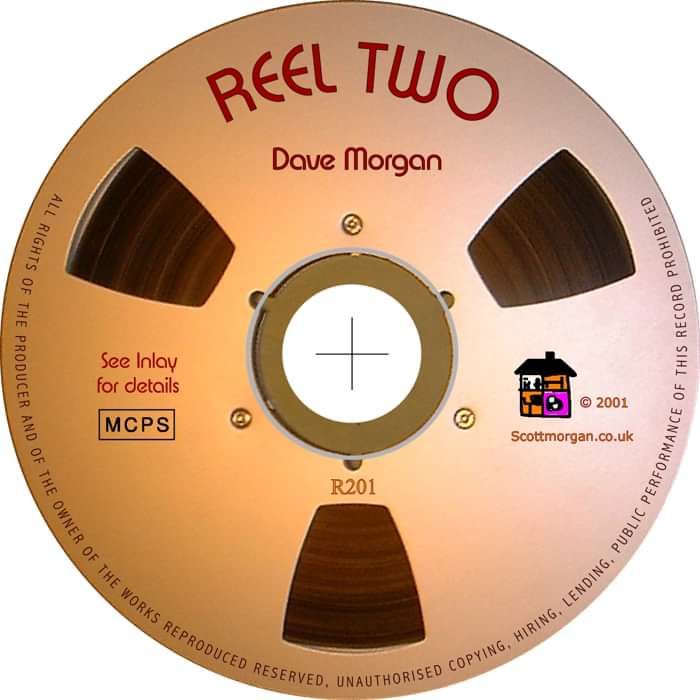 Here is Alan Heath's review of REEL TWO in 'King of the Universe' mag:

These previously unfinished old demos along with some newly recorded songs now see a release as 'REEL TWO' an album comprising mostly of love songs. The songs on this album have successfully captured varied aspects of this universal theme. The opening track 'GOLDEN OLDIES' springs the album into life and from there you embark on a roller-coaster of emotions. With tracks as strong as 'APRIL FLOWERS', 'WHAT LOVE ISN'T', 'EVER SINCE I CAN REMEMBER', 'THE BIT IN THE MIDDLE', 'NOTHING SAYS', 'PERFECT LOVE', and 'PLEASE DON'T GO' (which is a real tear jerker), they will be played over and over again and are going to be remembered as beautifully crafted classics. The quality of the songs are timeless, the production exceptional and Dave's voice has simply never sounded better than on this wonderful collection of songs. 'MODESTE' (a Jim Cleary song) deserves comparison with ELO's "HELLO MY OLD FRIEND" and the album also has it's humourous moments with 'GO GETTER LADY' and 'DO YOU MIND?' a song so full of tongue in cheek moments, watch out for the sting at the end of the song! 'YES IT IS', is a great cover of this sixties BEATLES b-side, and is arguably no less beautiful than the original. Recorded in an unplugged style the whole track send's shivers down your spine. All songs are performed by Dave Morgan with contributing musicians including former ELO stars Richard Tandy and Martin Smith along with Bob Wilson, Tony Kelsey, Alan Smith, Mandy Scott-Morgan, Nadine Stavonina, Lisa Kelsey, Pip Allkins, Steve Wilson, J.J.Ford and George Styles who provided the wonderful humourous trackette at the end. The songs on this album all add up to one thing, pure enjoyment. This collection of songs are simply the best collection of ELO-related songs to be released in a long, long time. Enjoy them to the full.