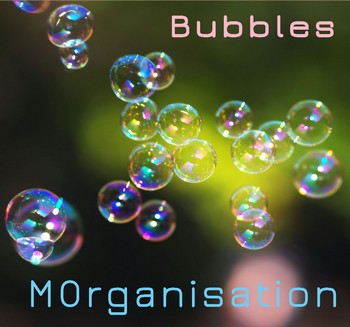 elobf Record of the Year is this year shared between "Sticky Love Songs" and "Bubbles". Both are great albums and well worth a listen ... with the latter a vibrant, classy reminder of the songwriting prowess of Dave Scott-Morgan...

"Bubbles" is a collection of ten tunes including a stomping cover of the Buddy Holly classic "Well ... All Right" alongside nine original compositions which exhibit the influence of Bob Dylan in places with welcome nods to The Beatles and, of course, his old pal Jeff Lynne and ELO too. So named after the "various interludes which sort of bubble up between tracks" (as eloquently explained by Dave recently), "Bubbles" opens with the atmospheric layered vocals of "I'd Love To See You" before "On A Plane" - the most ELOesque of the songs on show here - arrives to grab your aural attention complete with additional guitar contribution of Tony Kelsey. The bluegrass flavoured "Black Dog Day" signposts a change of genre before a new version of the quirky "Mistress Caroline" (originally found on Dave's 2001 "Reel Two" album) makes its appearance, with former ELO bassist Martin Smith also guesting on guitar. The interestingly entitled "The Queen, The Prince And The Dish" is next, a song about HM The Queen, the passing of Prince and an old friend. The last four tracks have all been proof tested in Morganisation's recent live shows and all translate nicely into studio tracks. The crowd pleasing rocker "Knower" is followed the beautiful homage to wartime heroine Violette Szabo GC: "Gibraltar Farm". The anthemic "Are You Ready?" and finally the catchy "Big Brown Sky" close out this highly enjoyable outing which also serves as as a reminder (if it were needed) to the songwriting legacy of one Dave Scott-Morgan with a little help from wife Mandy, talented guitarist Alex Lowe, Alan Smith and Jack Rosa. My fave track has to be "On A Plane" this album is a real steal! (10/10)!!

*Mini Bono * - Hey I must tell you that I am so impressed with your music.

Scot Hewitt - Hi I absolutely love listening to your music!

Ken Douglas - Awesome! This is great music for everyday listening!

*Kathlyn Boaz * - You guys just keep getting better and better. You surprise me that you keep on keeping on. Love your stuff.