Across the Divide Album 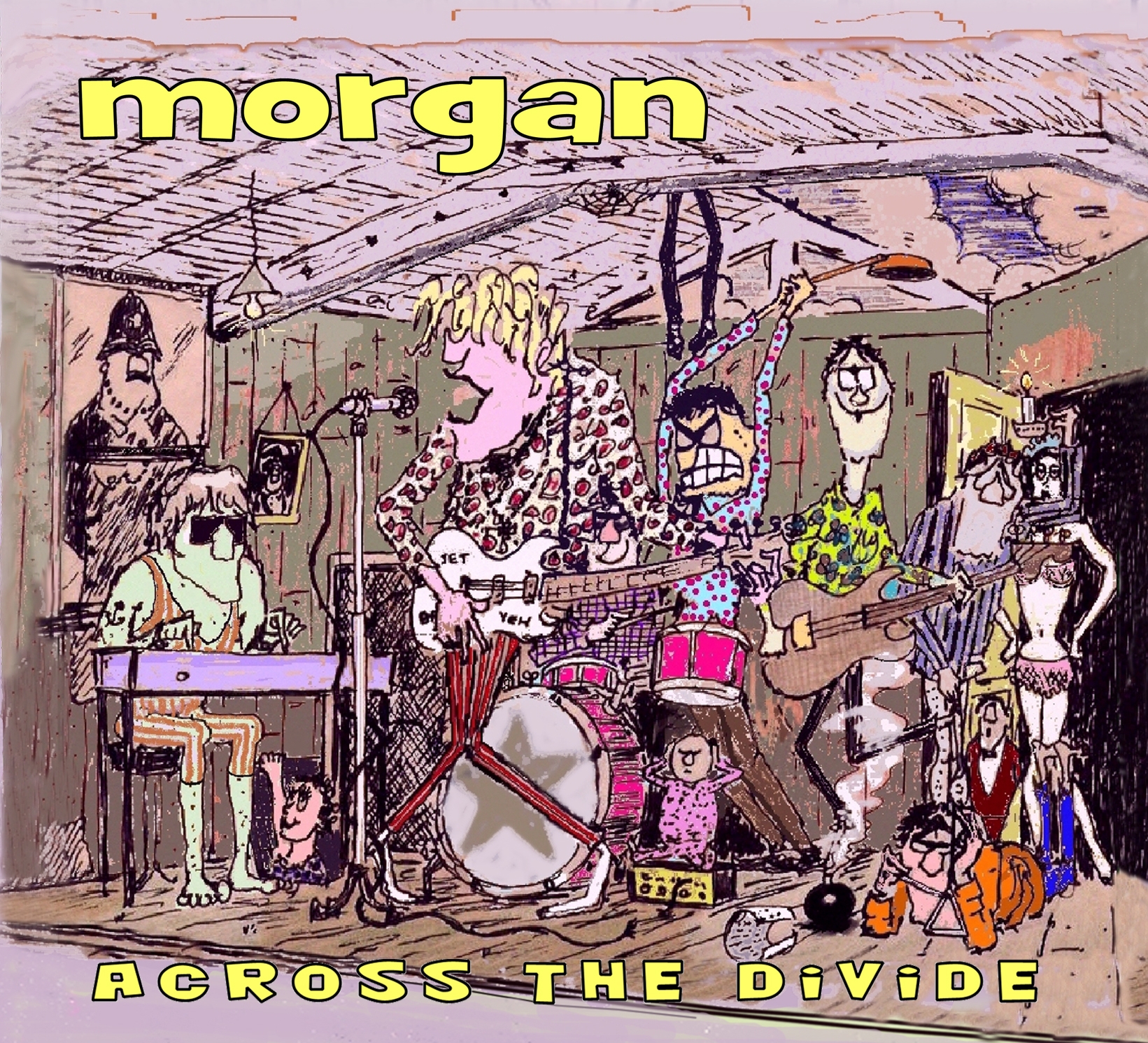 Keith Sinclair elobeatlesforever.blogspot - Some albums get your attention the very first time you hear them. "Across The Divide" by Dave Scott-Morgan is definitely in the latter category. The former ELO man has put together a great set of eleven songs that not only vary in tempo and style but also contain pensive lyrics which not only convey, in part, his Christian faith, but deliver some really catchy tunes with a message. There are very definite ELO and Beatles influences here. The album - produced by former ELO bassist Martin Smith - has some acoustically driven numbers and some more complex constructions too. For instance, the storytelling ‘Samson and Delilah’ could be a Bob Dylan number, ‘Post War Baby’ sounds like the next chapter to Dave's huge hit: ‘Hiroshima’ and ‘Girl In A Jaguar’ is so very Beatlesque in nature…and because there are so many fine songs on here with so many different styles all headed by Dave's solid wide-ranging vocals, the album is absolutely balanced and instantly likeable. Some of these songs have been waiting to be finished for quite a long time but, as with fine wine, one has had to wait to savour the final result. ‘Benediction’ is a stunning opener followed by the folksy-bluesy "Normal Day", ‘Mission Impossible’, ‘Cold City’ and ‘Robin's Song’ have familiar ELO hooks with ‘Shanty Town Blues’ (featuring Fitz Storrod) being the Blues indeed. ‘Ball and Chain’ could be another Bob Dylan or even a Wilburys’ track.

This whole album is my favourite track!

Patrik Guttenbacher, Germany - When we first mentioned Dave Morgan's new album "Across the Divide' in Newsletter # 252 we just had a promo-CD cover with cover-photo. Now the regular album has been released with full cover as a Digi-Pak and yet offers a lot more information. Dave Morgan writes that this album was created with the help of a saving technology, which made it possible to mix the album 'beyond borders' via the Internet with the help of Martin Smith, although he sat 150 miles away in Sussex. The songs were created over the years with the help of the musicians who visited Dave at his Grimm Do studio. Where the name Grimm Do originates from, Dave explains in his book "Patterns In The Chaos". Each song has liner notes by Dave: BENEDICTION : Mandy plays tambourine and Tony Kelsey the guitar parts. NORMAL DAY is about the working class and the factories in Birmingham, which are now all gone, but some guys have become rock stars, his friend Jeff Lynne comes to Dave's mind. Guitars are here played among others by E.L.O.'s Martin Smith. MISSION IMPOSSIBLE is a love song to Mandy with a solo by Martin Smith. SAMSON AND DELILAH: Dave is Samson, who was seduced by a record company employee named Delilah. Again, in addition to others Martin plays the guitar part. BALL AND CHAIN is about changes, sometimes you're the winner, then the looser. COLD CITY: Broken promises are probably to rockiniroll. Martin plays the great guitar-chords. SHANTYTOWN BLUES was inspired by Curtis Mayfield. ROBIN'S SONG: Robin is a Crazy Bird, writing crazy things about Dave on Facebook. 'POST WAR BABY is about a beauty that only has the materialistic view on things. This song was recorded at FTM Germany Subscriber Louis Miguel's home in Valencia, Spain. GIRL IN A JAGUAR: About a guy from the neighborhood who uses the family Jaguar to specify a certain social standard. ACROSS THE DIVIDE: The success of yesterday lies lost in the mists of the past. LOOK ACROSS THE BORDER: Guitar again by Martin Smith, who has co-produced the album with Dave. Nice to see that two former E.L.O. members work together again.

What Fans said Guido Beijderwellen, Holland - I love the great diversity of the songs, it's a great collection of Dave's musical jewels! The ‘Girl in the Jaguar’ is so superb! I can't sit still when I listen to it. I have to drum with it!! And ‘Samson & Delilah’!! Great guitar playing... the "smoked" voice… So funny!! And of course ‘Shanty Town Blues’.... and ‘Normal Day’… beautiful!! Dave still gets the high ones man!! Impressive!!!

David March, Cambridge. - I love the CD... just my kind of music with so many nods at the style of other bits and pieces within my collection. The guitar riff at the start of ‘Shanty Town Blues’ took me straight to ‘Bird of Paradise’ by Snowy White, and ‘Girl in a Jaguar’ surely has the flavour of the Beatles? Perhaps ‘Samson and Delilah’ has a touch of Bob Dylan or even Johnny Cash but other tracks prompted less specific parallels... I was set to thinking of early Pink Floyd (well I would be, they are also from Cambridge!) plus Moody Blues, Jackson Browne, Bruce Cockburn, Mark Knopfler, Harry Nillson and (of course) ELO. So a big thank you!

Liz Oxtoby, Spain. - Which track can I not like? None! – ‘Shanty Town Blues’ the music reminds me of a track from Jimi Hendrix especially the beginning! Great opening track of ‘Benediction’, I absolutely love the brass sounds in various tracks; along with Dave’s innovative lyrics with clarity of singing too! The drumming in ‘Ball and Chain’ I especially like. And how can we do without Mandy's tambourine-ing? Great stuff!!

Steve Shipman, Birmingham - Love the CD, even my eldest taps her toes, keep up the good work.

Rufus Robin - Benediction this is the best one I heard on N1M so far!!!

Anthony Collinson - What a superb piece of music I love it, well done Dave, flipping fantastic.