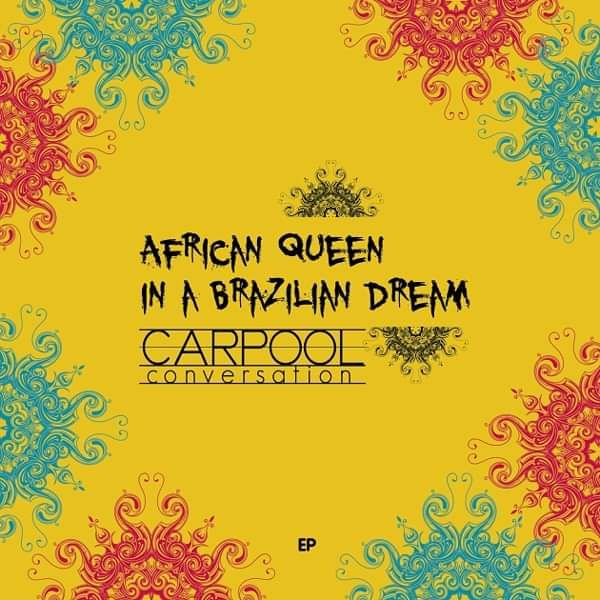 GoldenPlec.ie review : 21/04/2015 Carpool Conversation revel in the multiculturalism of their outfit, as the name of their recent EP ‘African Queen in a Brazilian Dream’, suggests. Comprised of a flavour of Irish, English and Polish, the end result is both haunting and attractive as each song is dripping with ambiguity. Their lyrics are laced with sex, religion, and danger with the African Queen in question presiding over the whole lot, as lead singer Brian O Reilly sings “as a demon and a Goddess she’s well-rehearsed.” Comparisons to ’60s psychedelia are well founded, as the listener can find themselves enthralled by the same sense of that decade’s weirdness that was exhibited by The Doors or even Night of the Living Dolls. Hints of The Yardbirds, Captain Beefheart and Sid Barrett era Pink Floyd also make themselves known.Most pertinent however is the cinematic outlay of lyrics and music, from which comparisons come quick and fast. This is majorly because the scenes are set brilliantly, but also because characters like Dan Toil and The African Queen are widely recognisable, almost clichés.That’s not a put down, by the way. These are still interesting characters, otherwise they would not be clichés. The mystery surrounding the setting in which they’re described helps banish any instinctive ideas of what’s going on. Carpool Conversation take us from travelling in a caravan on the deserted Camel Road to exploring the undergrowth of the tropics in South America. At the same time a substantial eeriness and a foreboding echo surround Brian O Reilly’s voice, like an oblong halo, giving the sense that the band are declaiming from a stage somewhere in a desert for a handful of shady characters. Whether this is the imbuement of Chicano guitar or the echo that surrounds Brian O’ Reilly’s voice is the question, and the likely answer is that it’s a combination of both. No matter what, though, you come away with an appreciation for the mystery of the exotic. Steeped in old world ideologies, this album is a wonderful short proclamation of what Carpool Conversation are about; staunch sounds and stories.