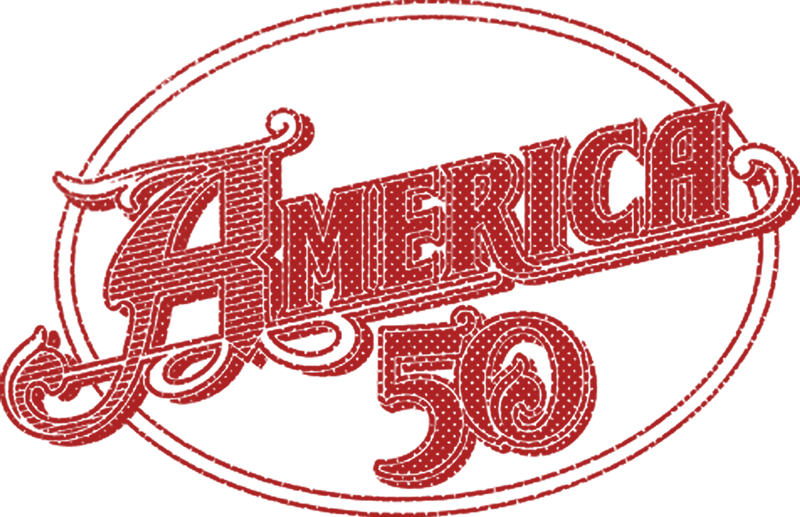 Compiled by Jeff Larson for America Archives. Containing CDs of rare archival studio recordings consisting of alternate mixes, demos, and rehearsals, including several previously unreleased tracks ranging from 1970 - 2000. Along with the re-mastered Bremen 1973 in-studio performance and two CDs of Radio Interviews providing an audio overview of the band's career, along with a DVD of Super 8 'Home Movies' (1972-1975) to give fans a behind the scenes look at the early years of this enduring band.

London Demos 1970 These early demos from the Fall of 1970 represent America - The Trio recording songs that preceded their debut album for Warner Bros. Records. Gathered here, is the most complete collection to date of demos from this era recorded at three iconic London studios of the time.

An on-air live recording of the Trio from 1973, in-between the albums Hat Trick and Holiday. This recording has been remastered for the first time and includes all the un-edited studio banter.

A collection of demos, rehearsals and outtakes towards the recording of America's 6th studio album, Hideaway in February 1976. The early takes and rehearsals stem from the famed Caribou Ranch Studios in Nederland, Colorado. Both the original home demos and session outtakes here provide a glimpse into the recording process before the later overdubs and strings were applied.

In 1981, between the album Alibi (1980) and View From The Ground (1982), the band recorded several songs at Dewey's home studio, Poison Oak, in Northern California. This set contains early incarnations and alternate versions of songs released on later America albums as well as new songs that have been in the vault until now.

*Disc 5: The Alternate 90's Plus: All Previously Unreleased *

Alternate mixes from The albums Hourglass (1994) and Human Nature (1998) along with unreleased songs that came before, in-between and after these official releases. This set also closes with a new 2020 recording with the song "Remembering".

Discs 6 & 7 America on the Radio - All Previously Unreleased

Various radio interviews stemming from 1974 - 2000's which provide's a narrative and unique overview to their long career.

EXCLUSIVE TO THE BOX SET

A select collection of Home Movies from 1972 - 1975 showing behind the scenes footage of "Hat Trick at Home", early home music videos, and various on the road "activities".

This collection is very, “fly on the wall” footage, these films provide an amazing insight into the band, shot between 1972 and 1975, showing behind the scenes footage of, “Hat Trick at Home”, early attempts at making home making of music videos and various on the road activities. These films give the viewer an amazing view of historical events as they unfolded.

To any America fan, the ultimate access all area’s time machine.

Produced for release and Compiled by Jeff Larson for America Archives

By signing up you agree to receive news and offers from America. You can unsubscribe at any time. For more details see the privacy policy.

By signing up you agree to receive news and offers from America. You can unsubscribe at any time. For more details see the privacy policy.