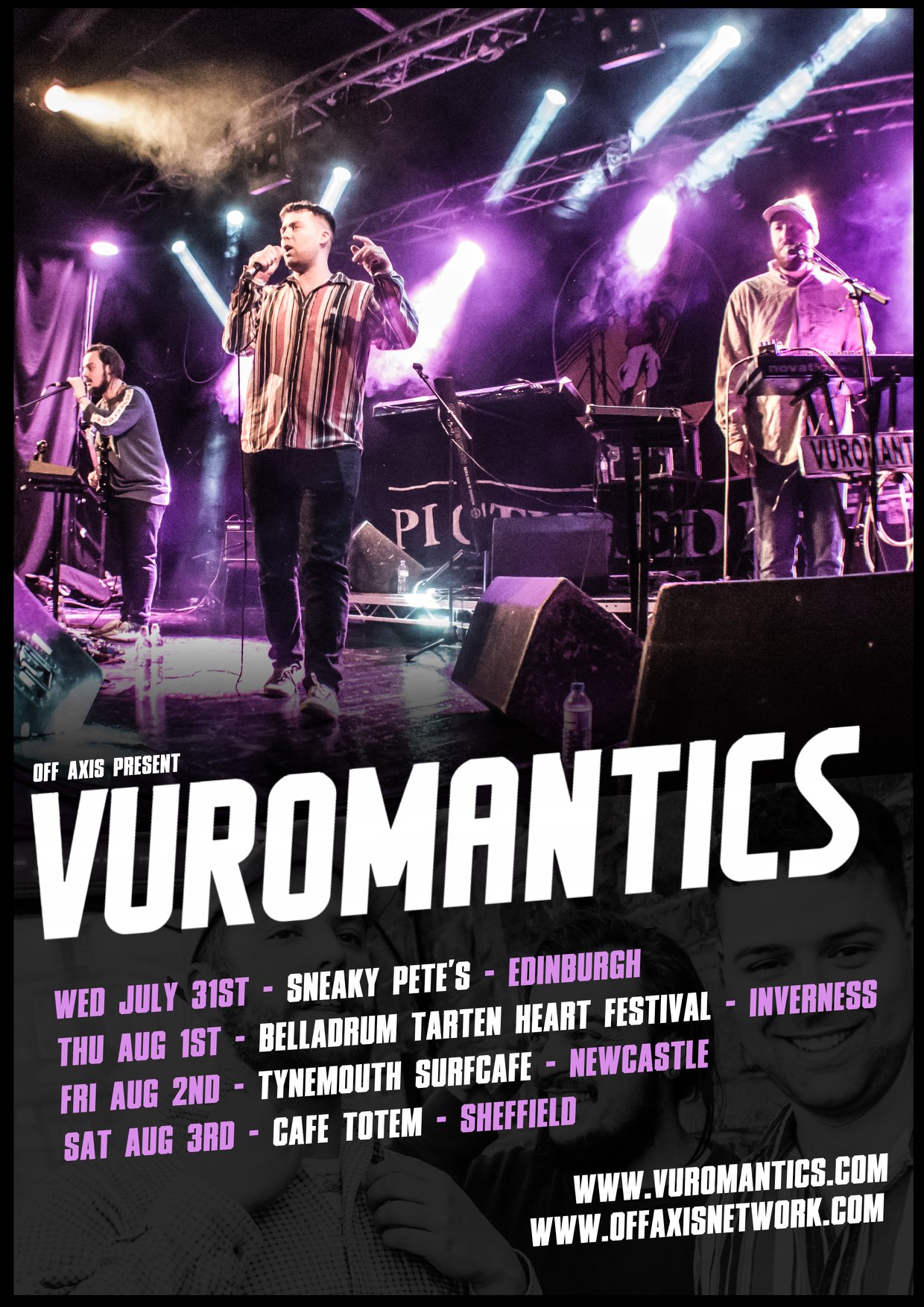 A collection of songs record by the band at the back end of summer 2018. Available on spotify here: https://open.spotify.com/album/2f7bQQk3St58FGhw7HoSEJ

Vuromantics Supported Heaven 17 at Holmfirth Picturedrome on May 24th. 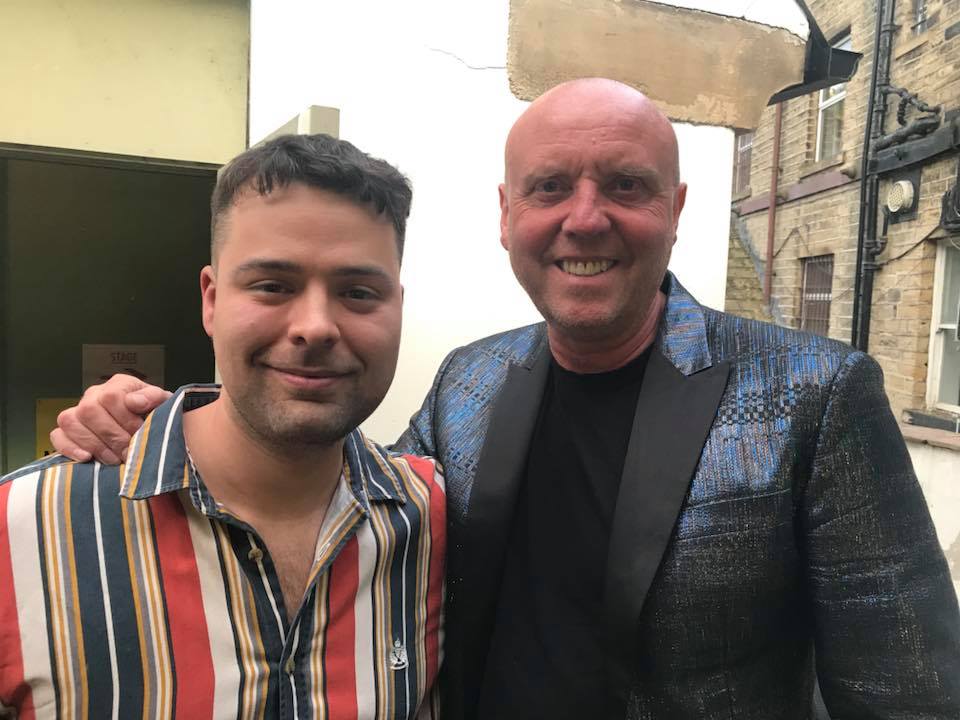 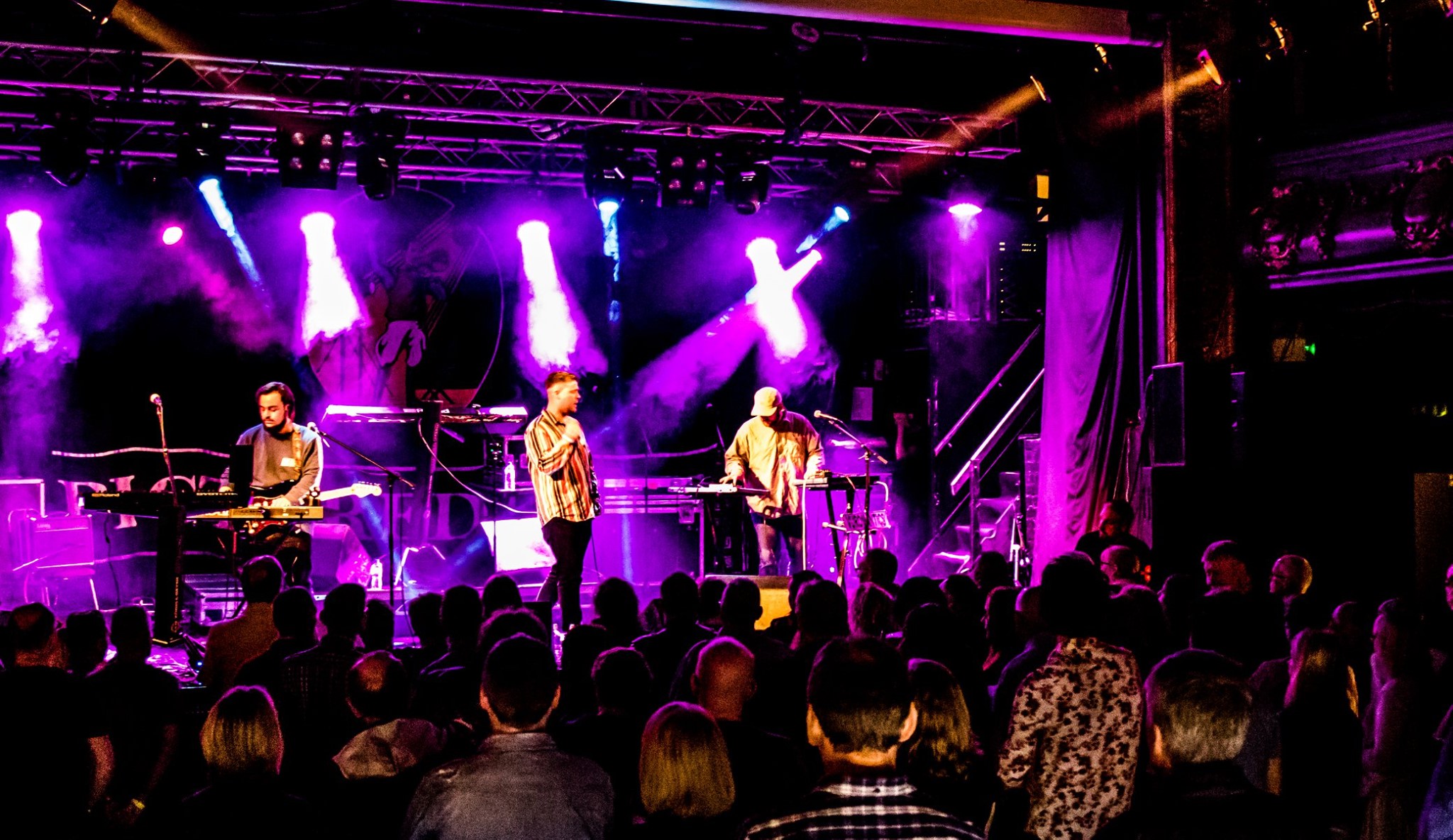 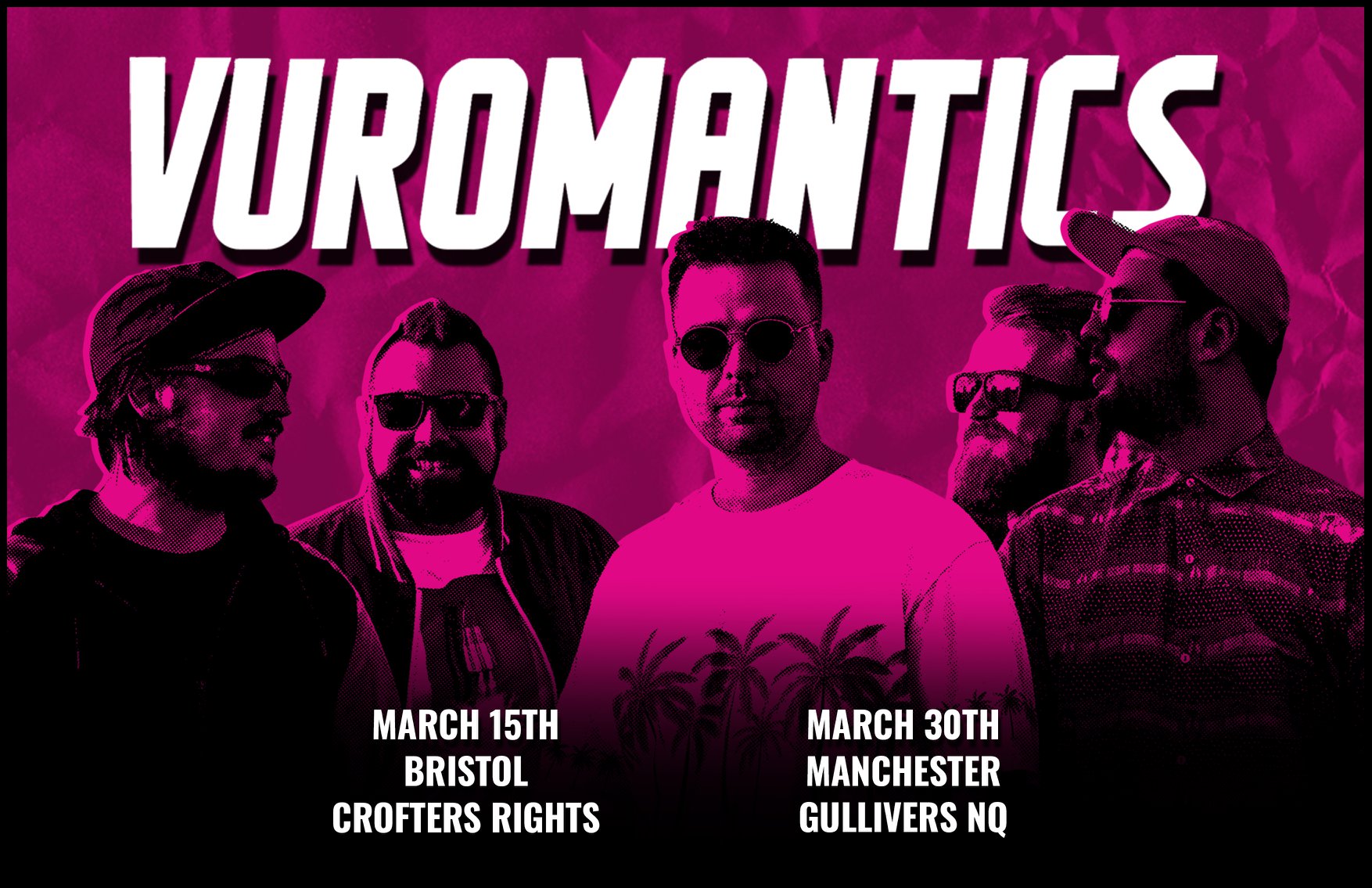 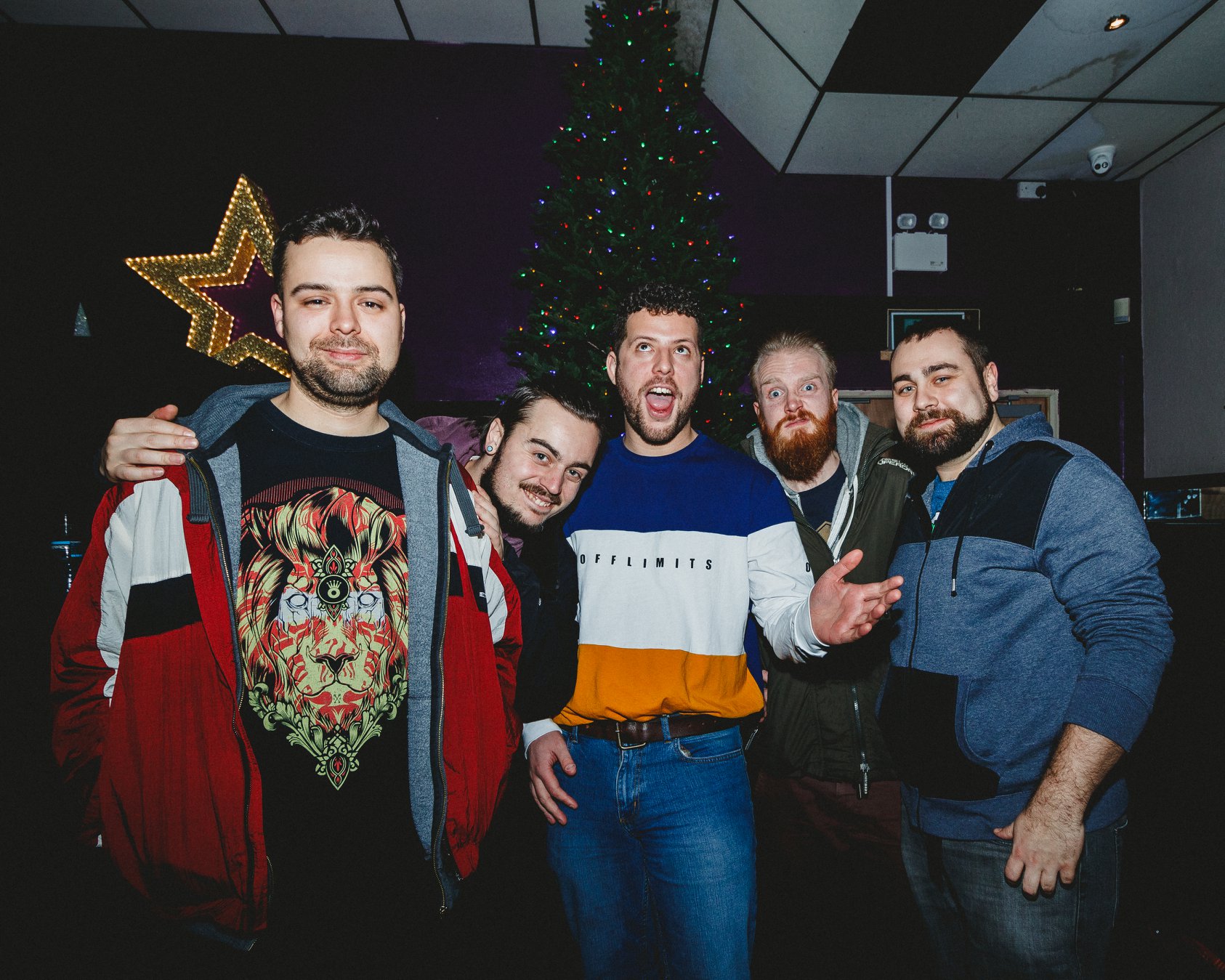 Looking back; 2018 has been a wild ride for sure! We kicked off the year with the release of a free download single 'Gold & Blue' and a 6 date UK headline tour which included highlights like O2 Academy Islington and Night & Day Cafe. We followed this up with a run of dates in spring which included a show with Shalamar Friends at Huddersfield Town Hall and a return to Scotland. Both tours got a lot of love in the local newspapers thanks to working with some great PR teams. We spent the summer writing and recording (the fruits of which will come out early in the new year!) and during this time we became a 5-piece once more as James Esaw joined us on bass. In Autumn we released our second single of the year 'Office Romance' which received a lot of radio love across the country on small radio stations and community radio outlets. It has quickly become our most streams track! In October we did a tour support for a sensational American band called Smokey Brights, what a brilliant week that was! 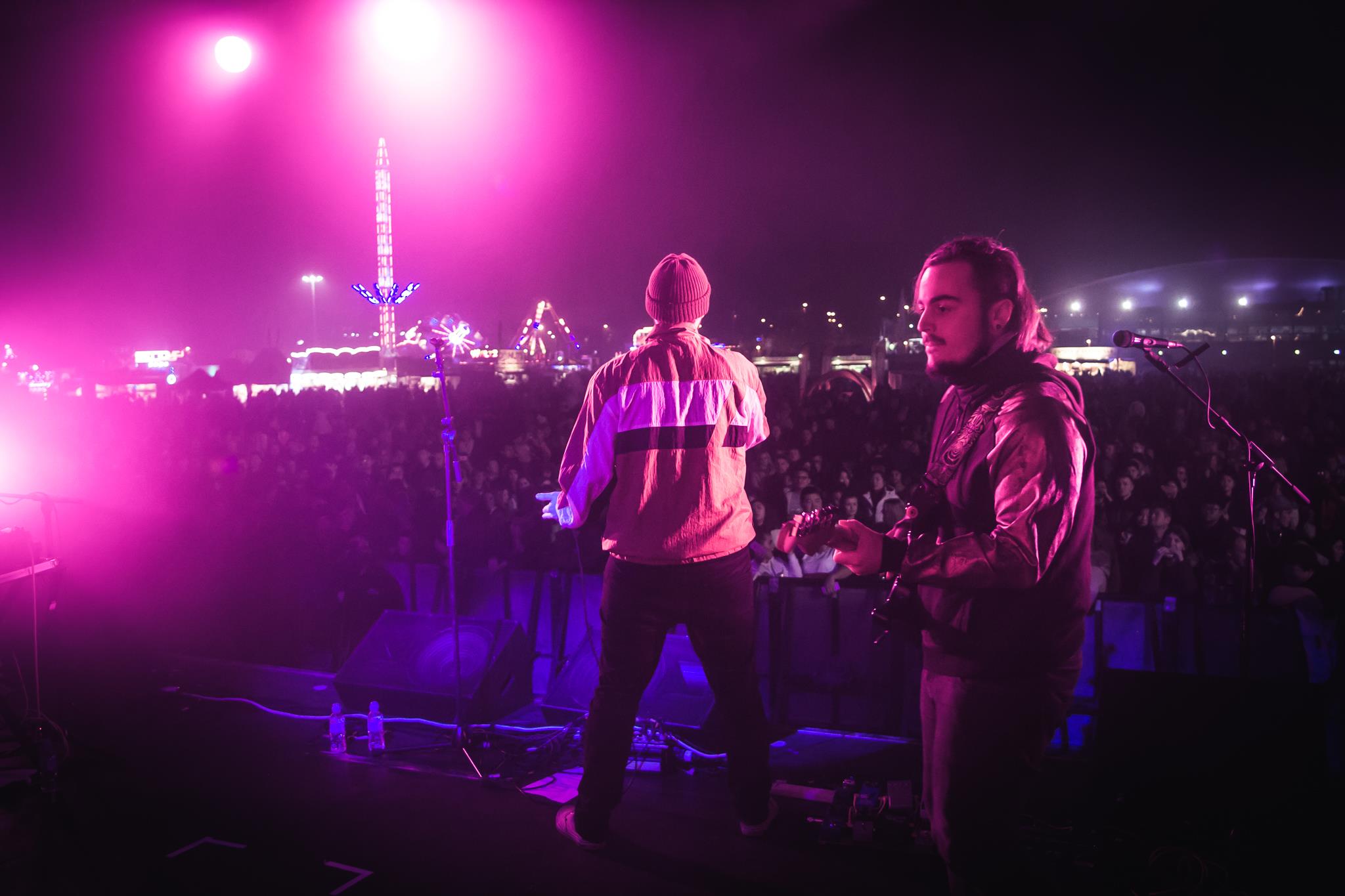 Possibly the highlight of the year came in November when we played to 1000s at Don Valley Grass Bowl for Hallam FM, we also completed our last headline gigs of the year including returns to the North East and the Capital before playing our hometown headline at The Leadmill. In December we joined The South for two support shows including a return to our beloved The Picturedrome, Holmfirth.

We're now taking some downtime for xmas but will be back in the new year, A big thanks to everyone who's been to see us this year, bought t-shirts and cds or reviewed us or supported us online! And special mentions to GRIT Multimedia, Jamie Heawood Photography, Pomona PR, Met lounge, The Gig Cartel, Classic Pop Magazine, Exposed Magazine, , Yellow Bus Events, Pillar Artists, Kycker, Kimwaves/Radio Plugging Service BBC Music Introducing In Sheffield and all the brilliant venues out there, too many to mention for all helping us in 2018! Much love. #Vu xx

2018 has been very kind to us, gifting us the opportunity to tour the country twice on two short runs taking in shows from Bristol and London in the south all the way up to Newcastle, Edinburgh and Glasgow in the North (and many in between). Hey we even got to play with 80s soul legends Shalamar so safe to say we are all feeling good here at Vu HQ.

We decided to take the summer off playing live to focus on writing and recording our new material, which is really taking shape and we are hopeful for a end of year/start of 2019 release (with a few tracks dropping in the interim)

We also welcomed new band member James Esaw who joins us on bass guitar, freeing up Callum to pick up an axe and tinkle those synths! 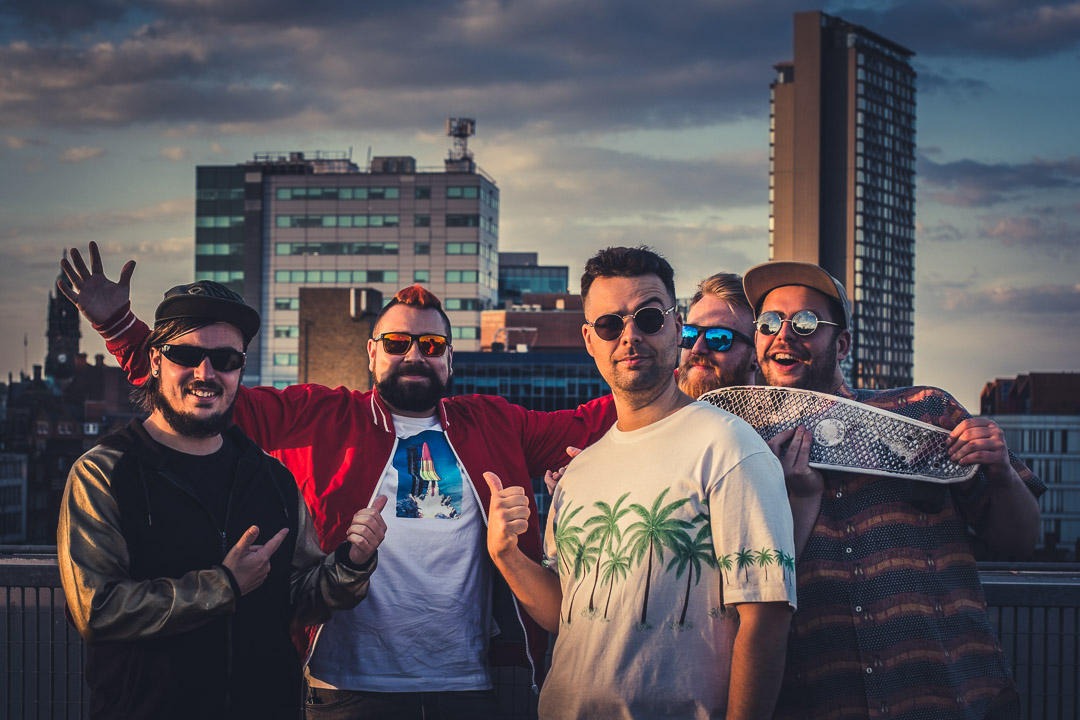 We are now buzzed to announce we will take to the motorway one last time for 2018 in our final dates for the year. Initially we perform as tour support for Seattle #USA based band Smokey Brights as their special guests on their upcoming UK tour this October! These guys are absolutely awesome, check them out here:

Following this we will be performing at a handful of our favourite venues to see the year out in style. Here's the first wave of gig announcements:

Visit our 'Gigs' page for ticket links. Thanks for sticking with us, we'll see you soon!

And we have five new Vuromantics live dates for you including a huge support slot with 80s soul icons Shalamar! Tickets available on our gigs tab: https://www.musicglue.com/vuromantics/gigs

Since our last update our March UK tour has come to an end, we had a great time travelling around the country playing our headline show. Many thanks to all the promoters, support bands and friends who came to support us! It was our best tour to date! We have a small number of shows lined up in May & June we would love you to join us at! Shortly after we plan to go into hibernation to finish writing and recording our new record, so come party with us! 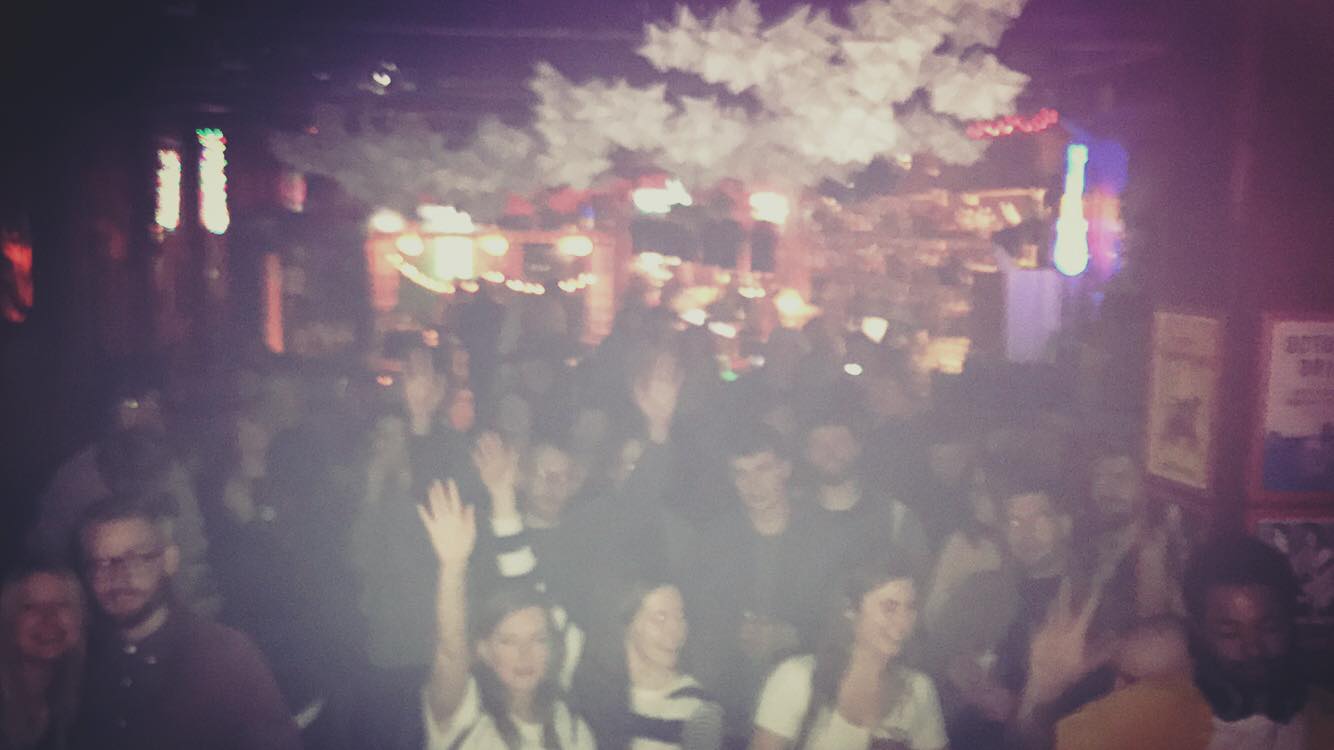 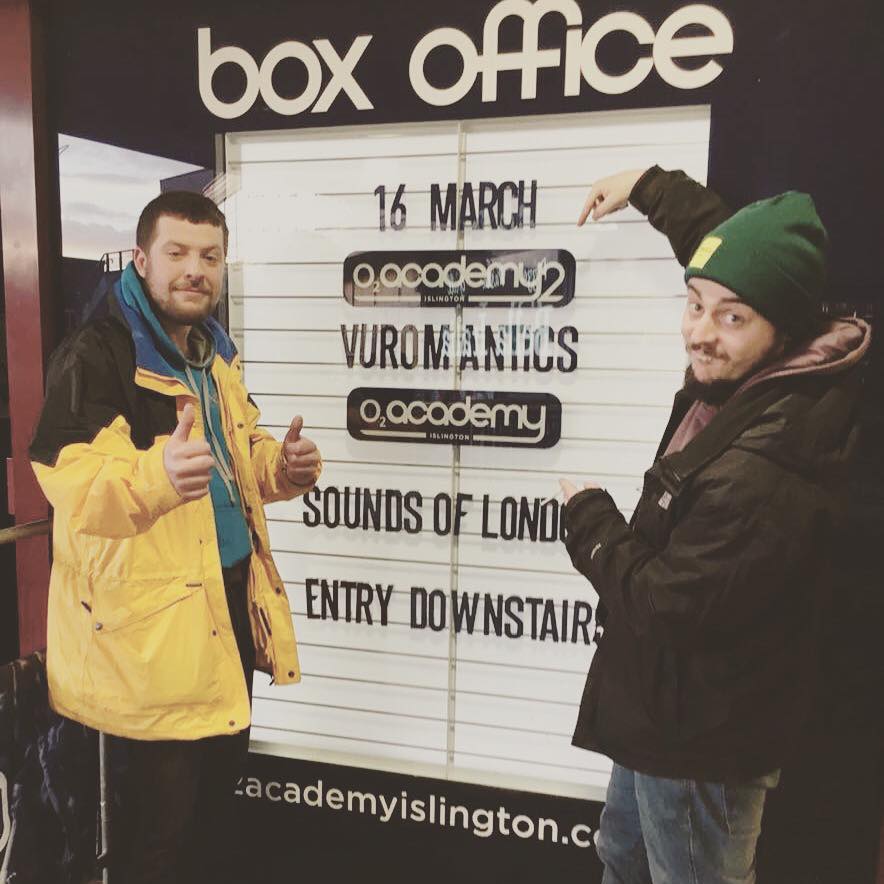 To coincide with their huge Classic Pop Magazine Headline UK tour which is taking place this March Vuromantics have kindly offered up this brand spanking new Synthpop Funk offspring. A delightful new free download entitled 'Gold And Blue' to excite fans both new and old. Head to the shop tab to download the single for free today. https://www.musicglue.com/vuromantics/shop

*Not a fan of downloads * No problem, hit the play button at the top of the page to stream now on stream via Youtube below: 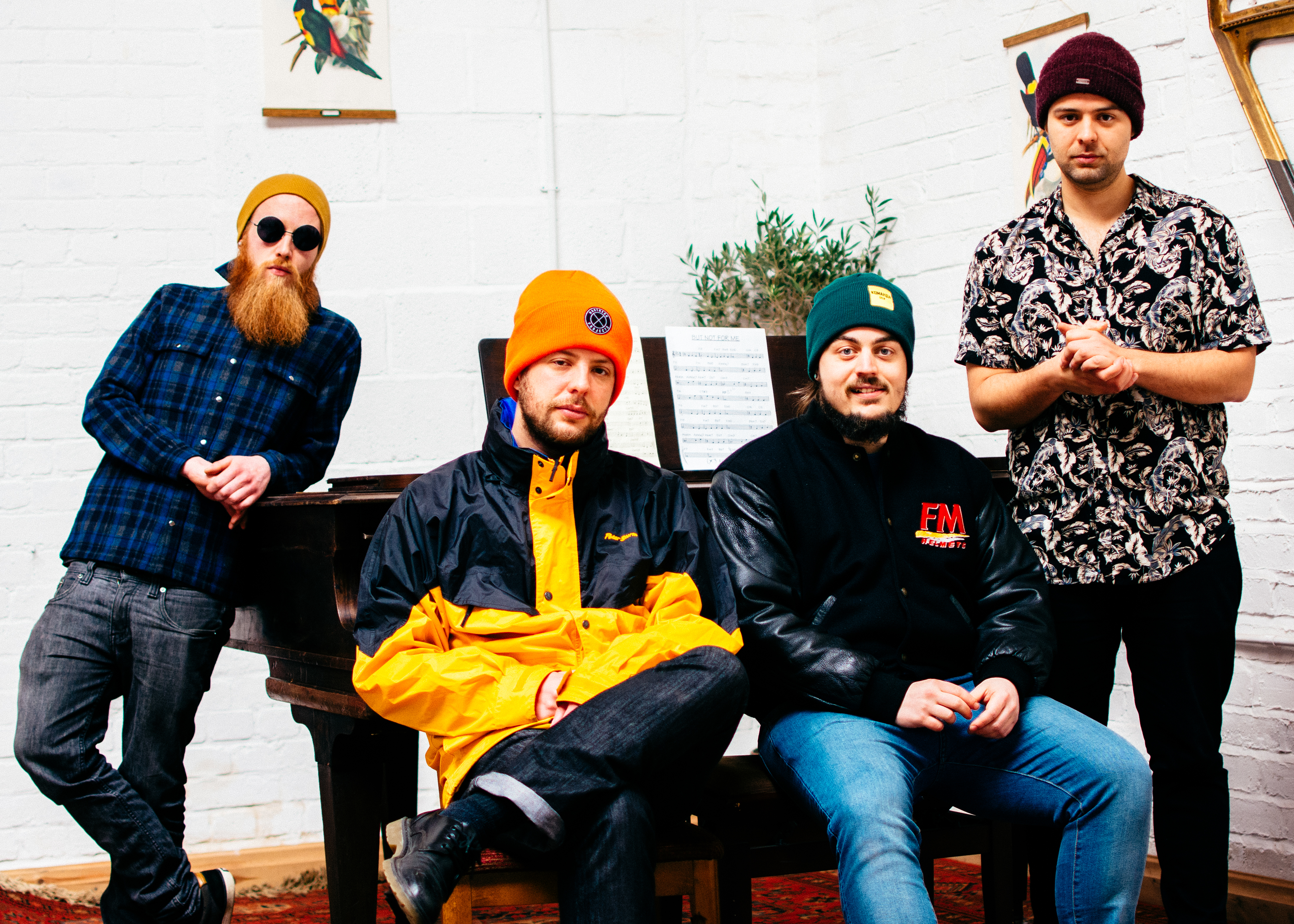 VUROMANTICS TOUR NEWS Vuromantics are embarking on a headline tour of the UK in March 2018, in association with Classic Pop Magazine.

Vuromantics are embarking on a headline tour of the UK in March 2018, in association with Classic Pop Magazine.

Only 9 months in, Vuromantics in their infancy as a band have attracted the attention of BBC Introducing, with York Calling saying: “pure party songs about love’s power sung with the conviction and charm of a gospel preacher,” and Reyt Good Music Magazine saying: “One sleekly bombastic anthem after another, baiting the crowd into a frenzy.”

By signing up you agree to receive news and offers from Vuromantics. You can unsubscribe at any time. For more details see the privacy policy.