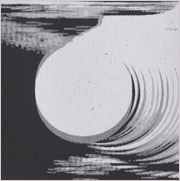 FROST aka Dale Frost, Northeastern drummer who relocated to the South East in his late teens - has switched over to use his years of dedication spent behind the drum kit to apply his idiosyncratic understanding of rhythm and texture to electronic music production.

Recast is a four track EP and although exploring different sounds and techniques on each track, it remains a thoroughly compact and focussed document, held together by its constant use of micro-sampling and linear sequencing.

The title of the record is a reference to various metallic and glass object samples heard throughout. Recast is also a reference to FROST's musical transformation, which has gradually shifted from contributive drummer to autonomous producer.

By signing up you agree to receive news and offers from unlabel. You can unsubscribe at any time. For more details see the privacy policy.