Based out of Brighton Team New Band are, according to Give it Back Magazine, known for their “Quick to-the-point punk take on rock and roll”. The Pentatonic noted their songwriting as“great at turning anger into melody, and vice versa”. With the release of their debut single ‘Freaks’ Team New Band have quickly become recognised for the energetic live shows and lively on stage personas. TNB are a party on stage, and everyone’s invited.

“A blast to the past whilst remaining very fresh.” - Clunk Magazine

“What ‘Freaks’ demonstrates is a band that are restless in their work ethic, always eager to venture further into their sound, discovering stones unturned and ultimately, discovering a sound that sells their musical roots.” - Secret Scout

“there is a simple yet endearing fuzz about their music” - AfterDark

For fans of The Hives, The Subways and The Dead Weather. 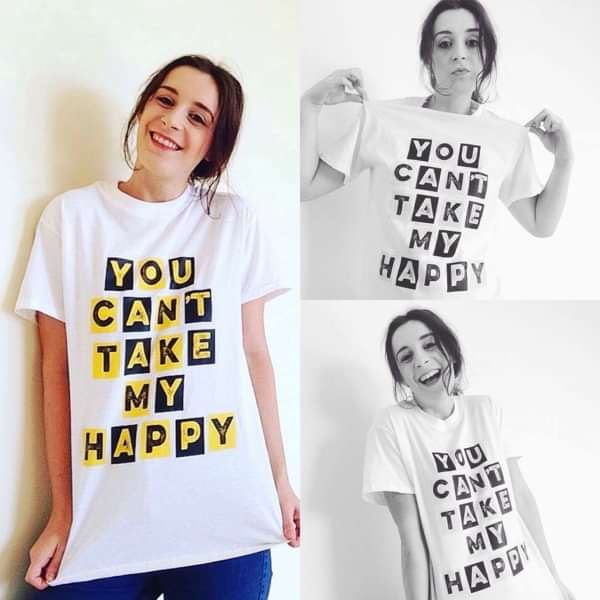 You Can't Take My Happy T-Shirt