The last year has seen the London foursome go from strength to strength, gaining support and spins on XFM's The Rock Show to featuring in Kerrang!, Scuzz TV and many plays on BBC Introducing. Their own unique blend of Alt-Rock, ambient sounds and towering riffs, all delivered at full tilt with a pounding rhythm section have earned the band a fearsome live reputation and burgeoning and loyal fanbase. Now with producer Lee Batiuk (Deaf Havana) on board, and the release of two exciting singles 'Haze' and 'Blind Love', a new explosive offering 'Trial & Triumph' is planned for release on Nov 13th. With a successful PledgeMusic Pre-Order Campaign underway and national tours to support, progress shows now signs of slowing down for the band and are all set for a busy and exciting 2015.

*“Can only be described as gargantuan...uplifting, fiercely anthemic stuff” – Classic Rock Magazine

"A talented band with bags of ideas...Trial & Triumph is a punchy 38-minute ride!" - Rock Sound

“Choruses you could shift tectonic plates with” – Powerplay Magazine [8/10]

"Their brand of genre-hopping technical wizardry is where modern rock music is at!" - Music Week

“Top notch...could well be the next Royal Blood” – Fireworks Magazine

“A sure fire contender for album of the year. Absolutely essential.” – Get Ready To Rock [*****]

“A great rock album...no ripping off here, just respectful acknowledgement of influence. If you're into classic rock through the ages, then Trial & Triumph is your next step.” – The Punk Archive

“Just listen to the majestic centrepiece ‘Orbit’ with its amazing mid-section breakdown and tell me that The Manic Shine don’t deserve to be massive in 2016. One of the best albums I have heard this year!” – Rock N Reel Reviews [4.5/5]*

By signing up you agree to receive news and offers from The Manic Shine. You can unsubscribe at any time. For more details see the privacy policy. 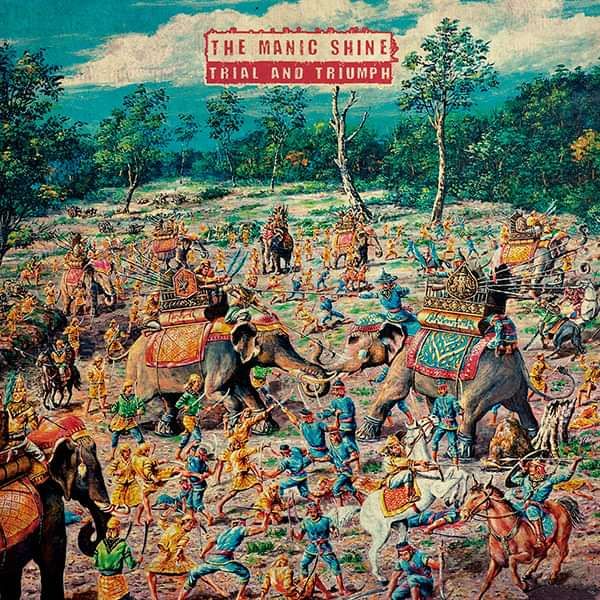