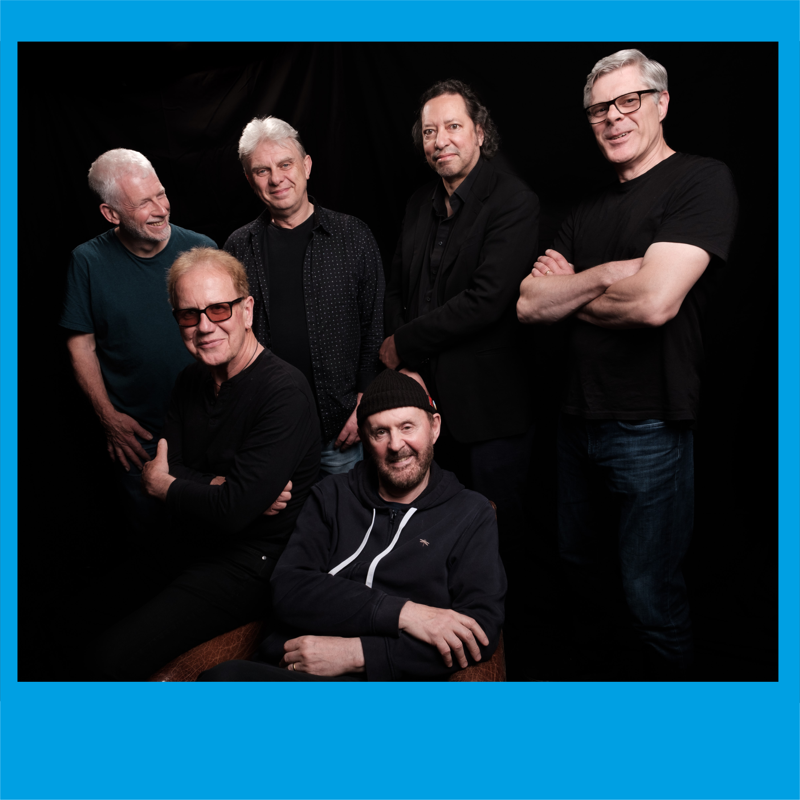 Plus Support from ALAN PROSSER

“They tackle their task with rare urgency and valour, John Jones’ voice still magnificent, and the tough arrangements and musical barrage around him delivered with blistering gusto” – Mojo ****

“A soundtrack for our times” – Folk London

From their earliest days as a noisy, politicised ceilidh band in the late Seventies, Oysterband have kept evolving and evolving-long enough to put out not one, but two best-of compilations; ‘Granite Years’ (2000) which covered their career between 1986-1997, and ‘This House Will Stand’ (2016) for the following 1998-2015 period. Now they have launched the next instalment of their journey: a new 10-track album entitled ‘Read The Sky’.

Maybe it was partly forced on them by the absurd complexity of trying to record a six-piece band under COVID regulations that were no sooner adopted than changed. But there’s a definite sense of urgency to many of the songs on ‘Read The Sky’ that serves them very well.

Politically, they’re expressing themselves in ‘greener’ terms now, both in anger and in elegy. The closing track on the new album, “The Time Is Now”, was released to coincide with the COP26 conference in Glasgow and premiered on the BBC Radio 2 Folk Show. Listen to “The Time Is Now” HERE

If anything, the band’s story-telling, with tales from Hong Kong to Huddersfield, has become more personal and more emotional.

With further concert dates planned for the UK & Europe in 2022, Oysterband are itching to get back on stage and play the new songs along with all the classics. They will show the world that they’ve learned the life lesson of COVID - hit the road running, there’s not a moment to lose.

Oysterband frontman John Jones said today, “We absolutely cannot wait to get out playing our songs live again.  As well as performing new tracks from our recent No.1 album ‘Read The Sky’ live for the very first time,’ we will be bringing out all the big guns plus a few cast-iron fan favourites. Everybody has missed live music so much these past couple of years - we plan on doing our level best to make sure these UK shows are something truly unforgettable.”