Misper - a police term for a missing person. Appropriated by London-based alt-rock quintet The Mispers, it’s the perfect term for their own ideology - to break away from the norm and start their own community of like-minded individuals; to go missing together.

“Me and Joey didn’t have jobs in Australia,” explains Jack. “We just busked and were broke. We lived in a lovely lady’s garage for six weeks.”

“I was gagging to play with someone else because I was just so bored of looking at Joey’s face,” says Jack of the band’s formation. “We’d started harmonizing whilst making cups of tea. The cheap wine was making us delusional and we were simply desperate for some new band members.”

On their return one year ago, they immediately hooked up with Jack’s friend and drummer Jordan Grispino, with whom he’d played in a previous band in Brighton. Jordan had always been part of the grand scheme and had also gone through his own form of self-imposed exile, honing his talents and awaiting the boys’ return in a garage of his own.

The trio played their first gig together at Kendal Calling festival in July 2012 before expanding the line-up to include lead guitarist Diego Porto Belmonte and violinist Hannah van den Brul.

Having moved to London from Brazil in search of greener musical pastures, Diego knew Joey after playing together in a different set-up. “It was just a case of getting Diego to adapt his sound a little.” says Joey. “I don’t think I own a suit as sophisticated as his guitar skills.”

Hannah was the last addition. Born in Australia and raised in London she was a friend of Joey’s brother, “I called her up after 4 years and she had no idea who I was!” he says. Jack continues, “half way through the first rehearsal we knew our dream of a boy band was dead.”

With the group now complete, the opportunity to record at East London studio Lightship 95 arose having only been together for two weeks. This spawned The Mispers’ first recorded material and the catalyst for their success so far.

Since then the band have sold out all of their London shows, building their own little world at each to invite fans and curious onlookers into. Their friend Natalia Risheq has created all the posters for their gigs so far and, with the help of photographer Jack Lawson, audience members are photographed holding a sign that reads ‘I found The Mispers’ - a souvenir that’s coveted by those in the know far and wide. And, despite their intricate sound on record, their live shows bring more of a punk element to the movement.

Hannah speaks fondly of their London gig at the Shacklewell Arms. “It was so sweaty and exciting. I’ve never seen a happier audience for anything in my life.”

“The girls at the front were getting their tops off and it was like ‘woah’, it’s a Wednesday. I haven’t even had dinner yet.”, laughs Jack.

Participation is something The Mispers actively encourage and reward. As the phenomenon around them grows, the band are doing their best to keep things as intimate as possible, “…they are our extended family.”

Recently, they held their first Missing Til Monday party at a garage in Hoxton, specifically for those that had been to previous Mispers gigs. Diego elaborates, “It’s like an oasis of salmon-fish-slap-round-the-face cheap drinks and epic vibes.”. “It’s creating something out of that nothingness; that lack of opportunity that’s around at the moment.” adds Jordan.

With their live show taking on a life of its own, The Mispers are readying the release of their debut single. Produced by Duncan Mills (Peace, Jake Bugg), the driving but delicate alt-rock of ‘Coasts’ forms the band’s first physical release, backed with the urgent and emotional twangs of B-side ‘Emelie’.

With another single to follow early next year, The Mispers’ meteoric rise looks set to continue. And with no boundaries, no rules and the doors always open to their own sweat-drenched, fun-filled world, now’s the perfect time to go missing and find The Mispers. 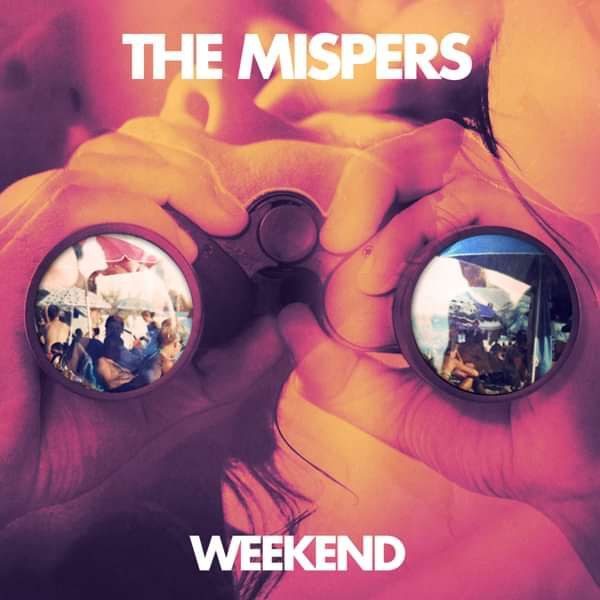