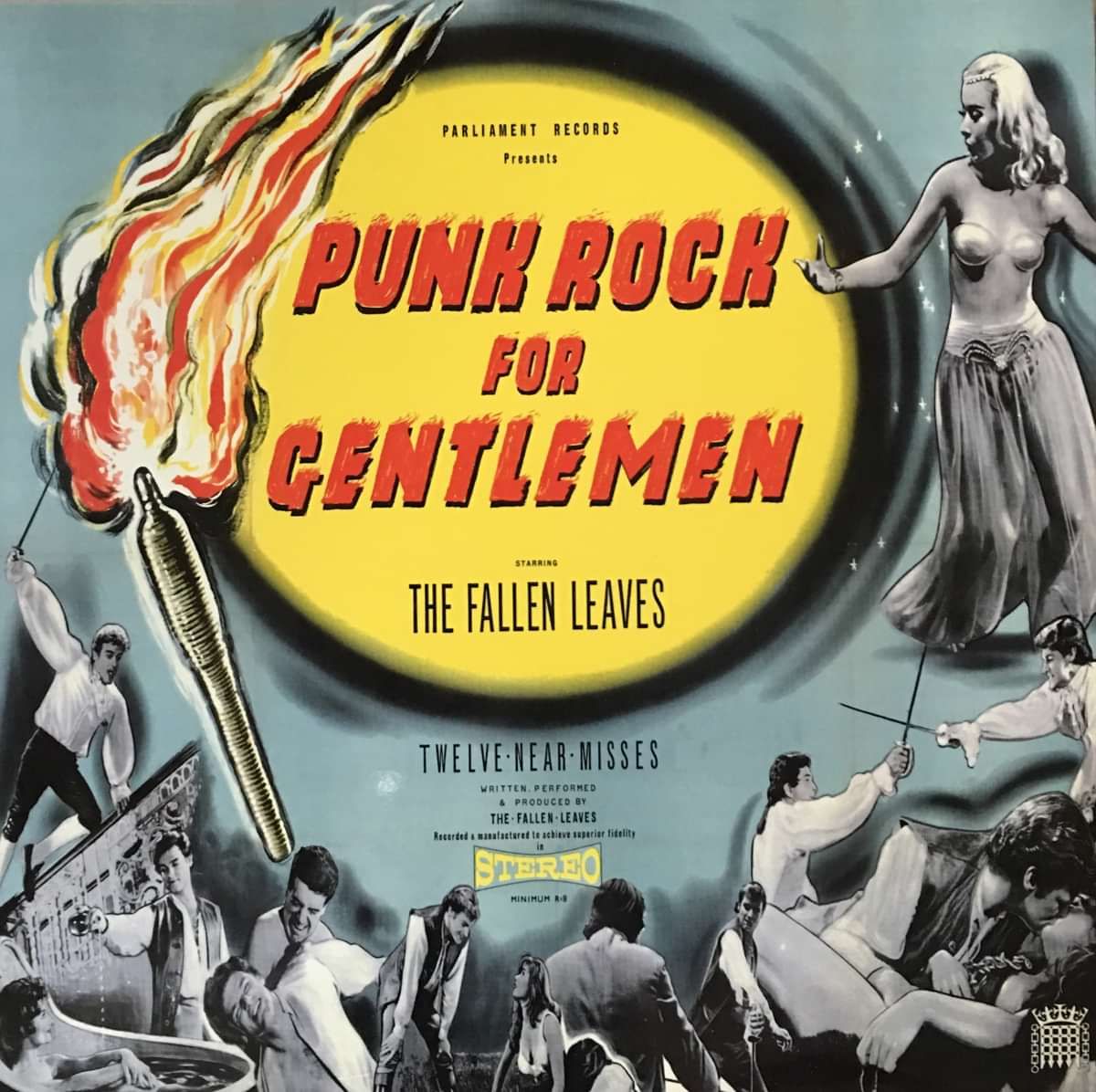 "It's a nod to The Who when they were great," Rob Symmons says, reflecting on his group The Fallen Leaves' 'minimum R&B' motto, "all crazy pent-up energy and individualism. They lost it later, it all got complicated and over the top. We want to bring it back to the minimum, less really is more."

If you're looking for an ethos for this decade-strong outfit, circling around the duo of Symmons and Rob Green, 'less really is more' nails it nicely. But there's an intensive focus to their playing and writin, too: they may argue against linear development - when I ask Symmons about his great guitar playing, he argues, "It hasn't developed at all. I don't consider myself a 'guitarist'" - but the Punk Rock For Gentlemen compilation suggests the ongoing honing of a vision, one grounded in the "sharp, stinging, ringing cut-through on '50s and '60s singles."

You could trace that back, too, to Symmons' time in the first lineup of Subway Sect. "We had it right from the start, like Buddy Holly," he smiles. "You don't need any more than guitar, bass, drums, élan and panache. As I wrote in 'Don't Split It', 'learn to unlearn' and I've never changed."