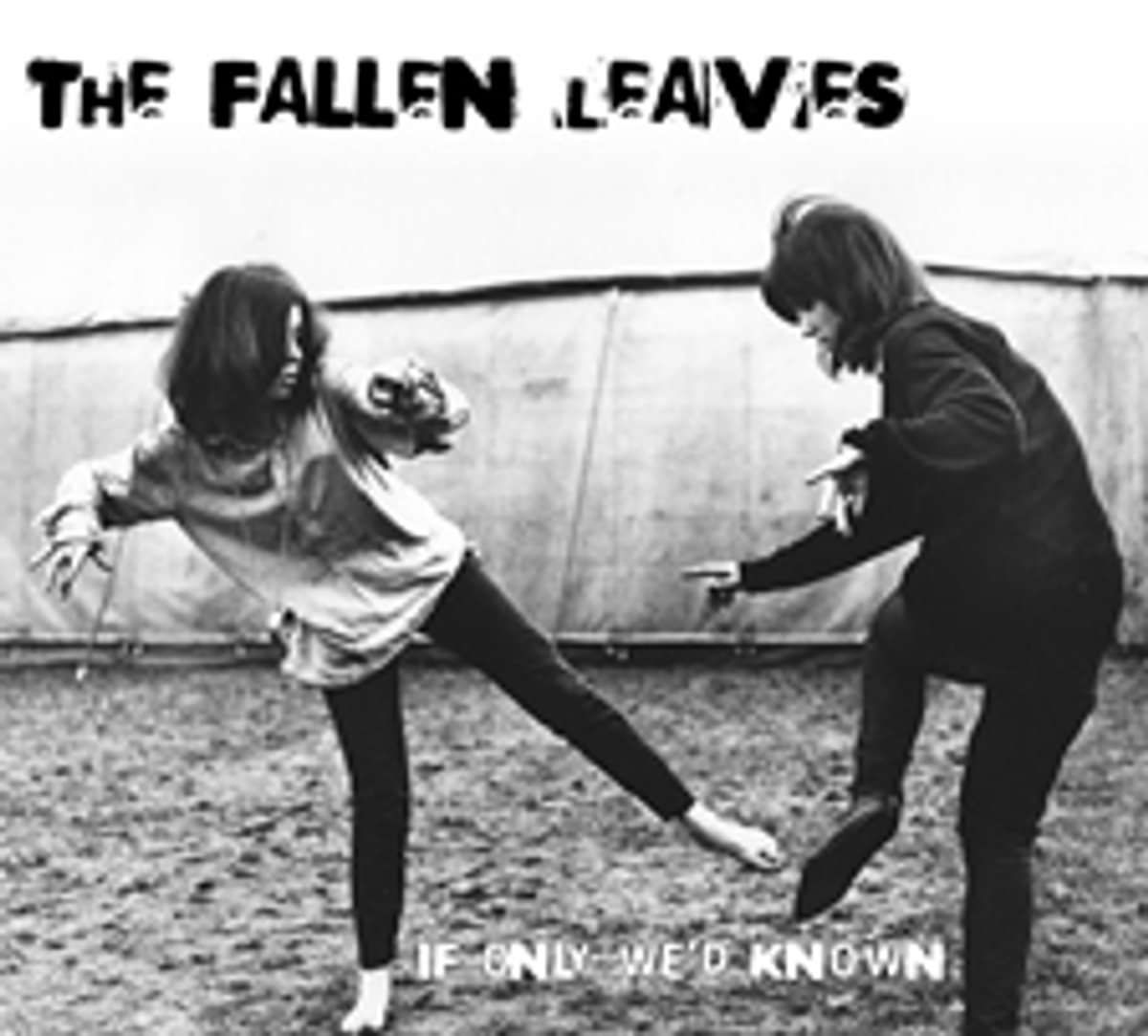 The Fallen Leaves release their third and most accomplished album to date on their own Parliament Records label – the succinct, tidy 33 minutes belying their tongue-in-cheek onstage reference to it as “the difficult third album”. The Fallen Leaves consist of the founder members Rob Green and Rob Symmonds, accompanied on this album by Matthew Karas (also of Glassglue) and Ian O’ Sullivan (formerly of The Aardvarks). Since the album’s completion, The Band Of Holy Joy’s Bill Lewington has replaced O’Sullivan behind the drums. Much has been said about The Fallen Leaves’ connection to Subway Sect. Rob Symmonds was their original legendary guitarist, and Rob Green provided backing vocals at the noteworthy Music Machine show where the Sect played a Northern Soul set in a challengingly incongruous opening for Siouxsie & The Banshees. Symmonds laid down his guitar after departing the Sect, never to resume until The Fallen Leaves played their first gig in July 2004, opening for – yes – Subway Sect.

Through their Parliament Club residencies in Richmond, Ladbroke Grove, and latterly at Denmark Street’s 12 Bar Club, the band have built a loyal and increasing fan base – each concert resembling an expanding social club. Rob Green’s penchant for catchphrases is inspired – “No Jeans, No T-Shirts, No Soundcheck” crystallises the group’s flair for sartorial elegance and no-nonsense music – and his proclamation that the band play “Punk Rock For Gentlemen” is closer to the truth than one may initially visualise. The Sex Pistols began by covering acts such as Dave Berry, The Who, Small Faces and The Monkees, and much of the production on “If Only We’d Known” brings to mind The Troggs at their dirtiest and rawest. Rob Symmons’ sheet metal guitar – with treble knob turned full to the last of the four settings, namely Low, Medium, High and Symmonds – scratches and scrapes through the album - unsettling and enriching in equal measure.

The Subway Sect were renowned for their love of French culture, and like Vic Godard, the influence has remained with Green and Symmonds. The album’s opening slice of freneticism, “Against The Grain”, steals its title from the English version of Joris-Karl Huysmans’ 19th century study of decadence - “A Rebours”. The track is a scintillating piledriver that underpins the confidence of the band.

“Always More” appraises Buzzcocks’ “Boredom” in a similar fashion to how the Rutles addressed Beatles’ classics – but try telling me when you last heard the line “Fundamental Ruminations” in a song at all, let alone sung in as accessible a melody as this. “Glorious Vain” and “Maybe That’s It” further the album’s energetic momentum, and “Passing By” boasts some nifty harmonica from Matthew Karas and a manic one-note piano solo from Green, but with the arrival of “I Made A Mistake”, The Fallen Leaves unearth a wondrous monster. The tempo slows – the bass line threatens, Symmonds’ shrill guitar harmonics strike abject terror behind Green’s vulnerable opening lyrics. The song is a colossal jewel in the band’s repertoire.

A band that not only look the part, but have the sound to match. Punk Rock For Gentlemen – and Ladies too.