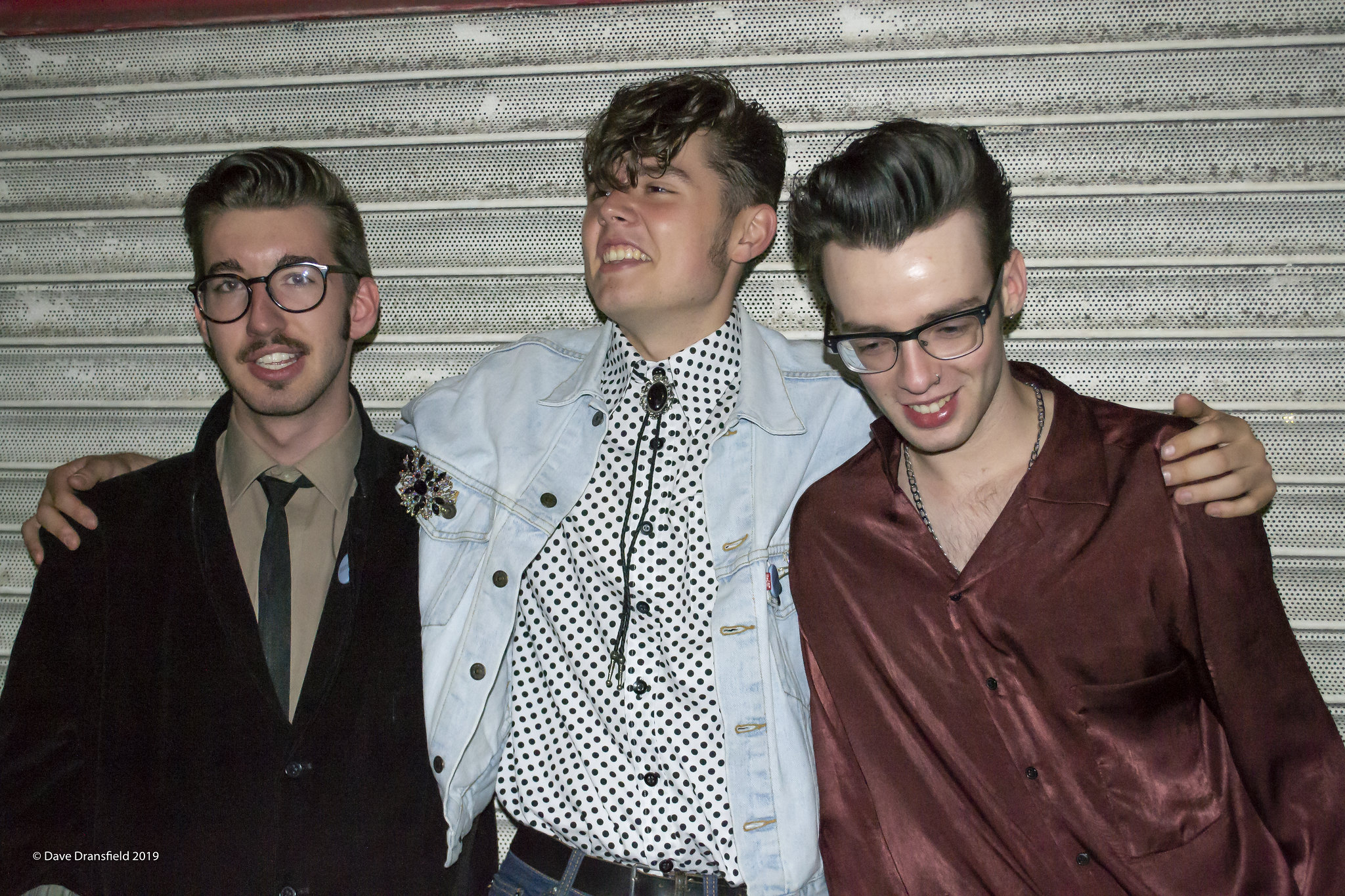 "Sweetness are a Rock n Roll infused, Post-Punk Jangle trio, combining witty, observant lyrics with sparkling, infectious melodies. Bringing deeper lyrical insight to modern indie, the Doncaster band released their debut demo EP, "An Honest Man", in 2018. The band have released a plethora of singles, each helping to explore and fine-tune their distinct musical identity. Their songs have proved popular at live gigs, as well as receiving an abundance of positive reviews & radio play. Their singles have also been featured multiple times on BBC Introducing shows, with a superb reaction to their lyrical integrity and upbeat musical punch. A new Sweetness Single, "A Little Longer Yet" - an upbeat and emotional ode to the lonely, is available to stream NOW!

A 3-piece band formed in February 2018 with frontman: Aedan Butler, bringing his British charm and charisma. This is evidently translated into his lyrically specialised songwriting - enhanced by a multitude of musical ability from several genres and eras. Behind him is Drummer, Ryan Moore, giving it his all propping up the tunes with suitable, but sometimes contrasting drum beats, allowing the music to wash languidly over the top. Completing the lineup is Jacob Turnbull on bass. Bridging the gap between Aedan's chords and Ryan's drums; the basslines add an underlying layer of smoothness with hints of energetic funk for people to dance to.

The band have quickly gained traction, moving up the stage times to start headlining. They have gigged Doncaster frequently at well-known venues including The Leopard & The Social Bar, and soon found a second home in Sheffield, regularly playing the likes of Record Junkee & Cafe Totem. Since then, Sweetness have supported at infamous Sheffield venue, The Leadmill and also gained a support slot at the O2 Academy. The band are always looking to gig further afield; getting a taste for venues outside their locality when they played at Camden's famous Dublin Castle. Adding to their roster of locations, they have also played gigs in Leeds, Barnsley & Nottingham. The trio recently announced their biggest headline yet, at Sheffield's Network, in October 2021. The gig is set to sell out and brings new music and merch alongside it."

Please feel free to message us on our social media, or at sweetnessweare@gmail.com

Stay tuned for the latest updates,

By signing up you agree to receive news and offers from Sweetness. You can unsubscribe at any time. For more details see the privacy policy.