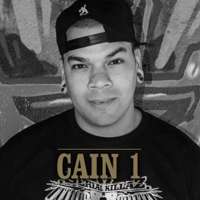 Canadian based jungle and reggae producer Cain.1 began his infatuation with electronic music over 15 years ago. In 2009 Cain.1 saw his first release ‘Slammed’ sign to Balanced Records alongside Juno award winning DJ Brace. Cain.1 went on to rework Gregory Issacs ‘Night Nurse’ and turned it into a certified jungle anthem which was released on Deekline and Ed Solo’s specialist bootleg label Jungle Cakes. He also runs a weekly jungle night in Banff, Canada which has been extremely successful topping over 200 events so far. Teaming up with Wakcutt, Cain.1 released the ‘Maxboost E.P’ in 2014 on the Canadian label Supreme Hustle and at the end of 2014 signed to Serial Killaz Recordings where you can expect to see his debut single ‘Young Love (Featuring Angelo Pantin)’ dropping in the early part of 2015. Big things to come! [![SK_SocialMadia_FB](http://musicglue-wordperss-serial-killaz.s3.amazonaws.com/wp-content/uploads/2014/11/SK_SocialMadia_FB.jpg)](https://www.facebook.com/cain.one)
Socials
Mailing List