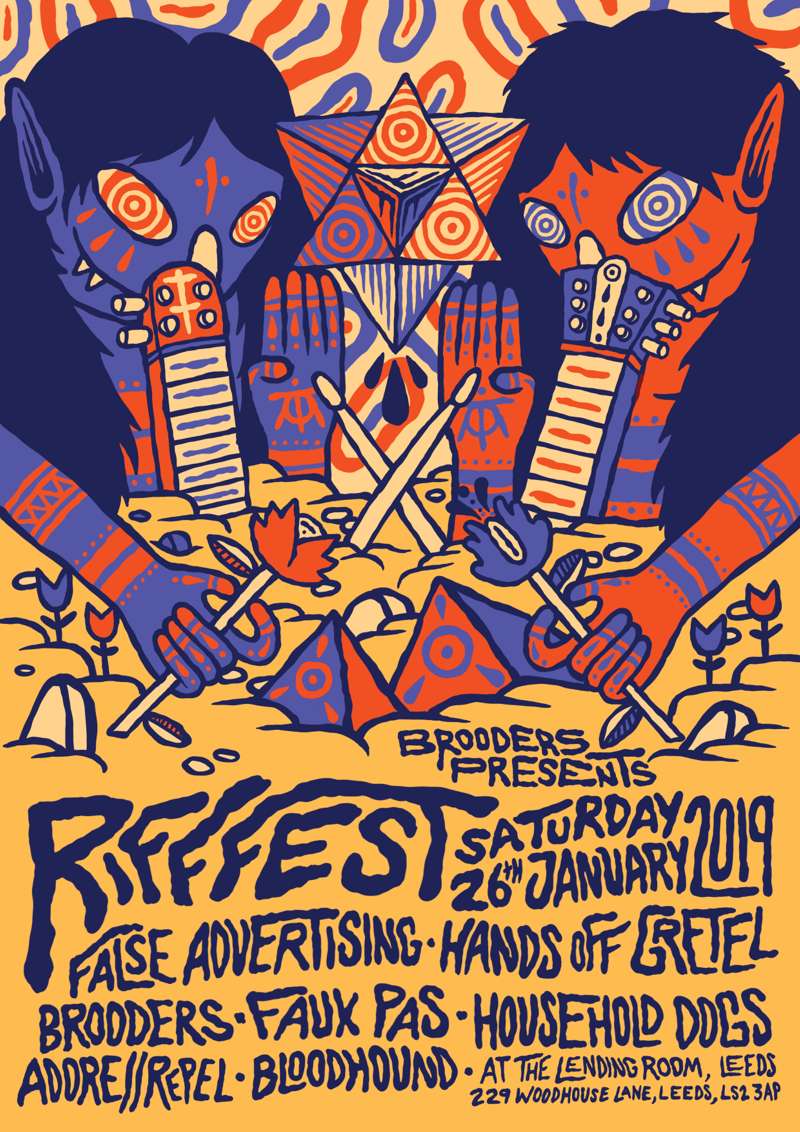 Our first celebration of all things Riffy, Fuzzy and Wooly. We've compiled the best and the brightest that the Yorkshire, Humber and Lancashire areas can bring us for a feast of riffs for all to come and indulge in.

Come one, come all and scream shout and throw yourselves about. We introduce to you our lineup of titans of the underground scene //

Music from 5:30PM with proceedings concluding with mind melting fortitude at 11PM.

In the grand scheme of caring about stuff, no one would have thought that anyone would have cared about False Advertising, a mere three-piece alternative band with a mildly topical name. But after recently releasing their most recent EP ‘I Would Be So Much Happier If I Just Stopped Caring’ to rapturous praise, it’s possible to say that an increasing number of people do now care about False Advertising.

Last year, NME called their brand of slacker-rock ‘delightful’, Steve Lamacq praised their ferocity upon catching their SXSW set, Everything Everything cited them as ‘their favourite new band’ while speaking live on Radio 1, shortly before inviting the band to support them. After neglecting to hold the lift door open at an airport for Idles, the band were somehow asked to support them too. Jen was voted 8th ‘Best New Guitarist In The World’ in Total Guitar and to top it off - they’ve been invited to play on the main stage at this year’s Kendal Calling.

Venting the heightened emotions of frustration that unite many of us through sheer noise and energy, whilst deftly mixing grunge with alternative rock, critics have compared the group to Verruca Salt, The Smashing Pumpkins and Garbage. Lyrically half pop culture junkie, half moronic anti-anthem; the instrument-swapping trio’s songs are laced with equal parts of joyful catharsis and dissonance, their changeable attitude to front-person and drummer fostering inclusivity and a sense of unpredictability.

Unashamedly independent and multi-disciplinary in their approach, members of False Advertising also work tirelessly behind the scenes on creative projects with a growing list of well known bands - recently including production for The Orielles and design work for The Arctic Monkeys and Noel Gallagher. A creative force to be reckoned with, they are currently working on their own new album at Paul Epworth’s Church Studios which is due out towards the end of the year.

“Raucous, accessible and with plenty to say, False Advertising are more than worthy of their hype.” - For The Rabbits

"A really, really tight, ferocious three piece, you should check them out.” - Everything Everything (live on Radio 1)

"They deliver the kind of riffs that will have fans of '90s alt-rock digging plaid shirts back out of wardrobes.” - Total Guitar

“False Advertising continue to show us all exactly why they're one of the hottest new bands to keep your eyes and ears on.” - Popped Music

Hands Off Gretel channel the best of old skool riot grrrl with a sugar-coated mix of heavy garage rock, grunge and pop rock, creating a sound that is identifiably and unquestionably now. With attitude and confidence aplenty they are also a visually compelling band to see live, injecting energy and chaos into every performance. The new single ‘S.A.S.S ’ is “a middle finger to all those that doubt and underestimate you. It’s a refusal to conform” (Lauren Tate)

The band features Lauren Tate (lead vocals, Guitar), Becky Baldwin (Bass guitar, backing vocals), Sean Bon (lead guitar) and Sam Hobbins (Drums). The epitome of a modern DIY band, front woman and band songwriter Lauren designs all the bands merchandise and album artwork. She has also produced the bands music videos, creating a recognisable aesthetic that runs through everything the band do. The “HOG brand” has been fundamental in helping them fund recording and touring, with sales of merchandise around the world to their huge online fan base. Hands off Gretel band are building a solid live reputation with over 100 shows under their belt, including major festivals, such as Download, Isle of Wight, Rebellion, Camden Rocks Festival and headline slot at the Loud Women Festival in London. They have done 2 European tours, selling out shows in Germany this summer and have played 5 ‘Camden Rocks Presents’ headline shows in London over the last 2 years. Described as "One of the most exciting new bands" in the 'Bands To Watch' feature Alternative Press premiered the band’s 2015 video single ‘My Size’ in the US. With Louder than war then publishing 'HOG’ as ‘the best Alternative Rock band to come out of the UK in years' in their 2016 album write up, placing them in the top 50 albums of 2016. Airplay support - Johnny Doom; Kerrang! Radio; Christian Carlisle, BBC Intro Sheffield; Team Rock Radio; Absolute Radio; Rodney Bingenheimer, on the Roq, USA; “What the Funday” Mike Rogers InterFM897 Japan 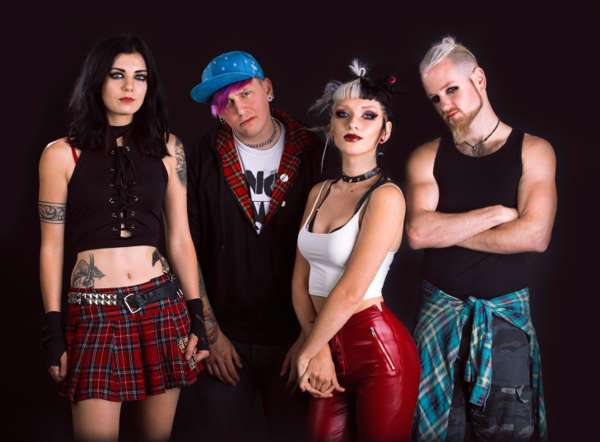 Brooders are a three-piece Psych Grunge band from Leeds who are reworking the underground scene within the city. ​ Brooders stand out in the mix through re-inventing of a genre tarnished with despair and tragedy. Like a fine wine, Brooders bring the revitalisation of the Grunge genre with a modern twist. Nailing down a unique genre is always a tricky job, however the slimmed down title of psych-grunge does not do the music justice. With songs moving from riffy mayhem to spacey new age fuzzy punk in a moments notice, Brooders explore the extent of what you can handle. Brooders wait with an out stretched hand waiting to lure in the next merry mosher to the pit.

During their time as a band Brooders have played festivals such as Sound City Festival and a number of shows with likes of fellow grungey representatives God Damn, Hands Off Gretel, Crosa Rosa, Fizzy Blood, Fighting Caravans. Brooders have also received airtime a number of times nationally on radio stations such as BBC Nottingham, BBC Yorkshire, Leeds Student Radio. ​ “… Brooders’ aptly-titled Haze kicks up dirt in your face with three minutes of lo-fi fuzz and fury, the kind of stuff that gets sweat dripping from club walls; a noise that makes halfway between Washington State and the desert a great place to break down …” NARC MAGAZINE

“… The melodic very rarely sits alongside terms such as grunge or psyche, but Brooders have released a sound that immediately embeds itself into your brain with its forceful hooks …” FLICK OF THE FINGER

"...Brooders’ mini LP is certainly a force to be reckoned with. Kudos to them for being the epitome of musical disruption and pleasure – their mini LP is exactly what I’ve needed in my life without even realising it...." BRIG MAGAZINE

Championed by BBC introducing, the Manchester based grunge band Faux Pas bring their own brand of nerd-vana to the stage. Their politically visceral perfomance is sure to catch your eye and leave you thinking.

Forming in 2015, these guys have an immense level of appreciation for the craft and leave everything on stage. Whilst touring up and down the country they have featured on BBC Radio 1 and supported Embrace along with performances at Kendal calling and the Reading and Leeds festivals. 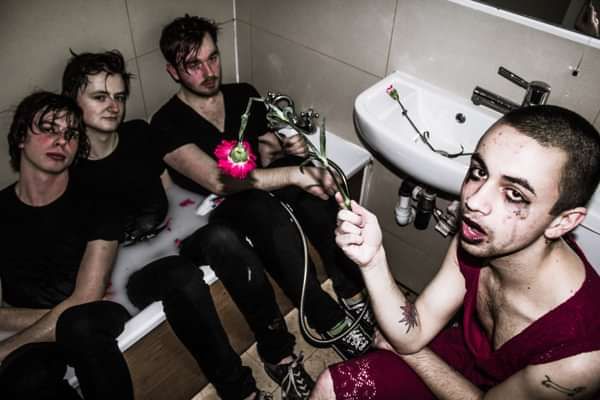 Household Dogs will usher you into their own world of desolate landscapes and brooding characters.

Born out of a damp terraced house basement, the Leeds four-piece have been welding together elements of Americana and Alternative Rock, birthing their own gritty pseudo-country sound.

Already marking themselves as compelling story tellers with front man Declan Newcombe becoming a finalist in the American Songwriting Awards for his lyrics, The Dogs unify poetry with riffs and rhythms to capture and draw you into a gloomy and raw reality.

After the release of their first single, Basement 7 in April 2017 The Dogs have been cutting their teeth playing shows around the UK displaying their dominant performances. Most notably they have become a favourite at London’s Sofar Sounds shows bringing energy and sweat to the intimate Sofar settings.

November 2017 played host to the release of their second single ‘Is This All’. With its unstoppable pace and yearning vocal backed by an iconic country shuffle the track immediately gained them recognition. Musician, songwriter and Radio DJ Tom Robinson made it his ‘Fresh On The Net’ record of the week, playing it on his BBC 6 Music show and writing it a gold standard review.

Online tastemakers Little Indie Blogs have included the band in their ‘2018 Ones to Watch’ as The Dogs launch into the new year.

Bloodhound are a grunge-rock three-piece from Hull. Formed in 2015, they have continued to advance their sound year on year with the release of two singles and their upcoming debut EP. Bloodhound draw influence from contemporary and early grunge bands including Drenge, Dinosaur Pile-Up, Royal Blood and Queens of The Stone Age. The Hull three-piece bring high-octane riffs, intense rhythms and tightly crafted melodies to their sound to form the constant variation that fills their songs.

In the past, the band have played at Hull’s infamous Humber Street Sesh as well as supporting the likes of False Advertising, Of Allies and Man of Moon. They released their debut EP in January 2018 and as the year continues, the band will embark on their first ever UK tour, play festival dates, release new music and begin recording for their next big release.

“Growing in stature with every performance and one of the star turns on the Humber Dock Stage at this year's Humber Street Sesh.” - Mark Page (The Sesh)

"Growing to be a fine force of Hull nature" - The Sesh

“They really come into their own as the songs open up into some grooving, funking, Hendrix-esque blues rock.” - Luke Goodhand (VOXX Magazine)

“Think Queens of the Stone Age during their later phases (Era Vulgaris), when they went back to the rip roaring basics.” - Luke Goodhand (VOXX Magazine) 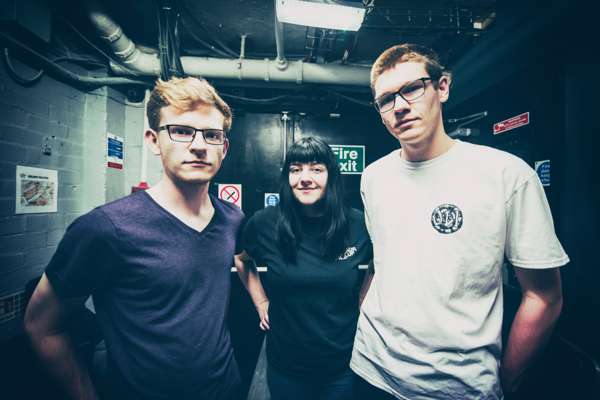 By signing up you agree to receive news and offers from RIFFFEST. You can unsubscribe at any time. For more details see the privacy policy.