Power Quest, the UK based melodic power metal band formed in 2001 by ex-Dragonforce keyboardist Steve Williams, are back after a 3 year absence from the scene. Well known for classic power metal albums such as “Neverworld” and “Magic Never Dies” the band have just released their 6th album "Sixth Dimension" in October 2017 via Inner Wound Recordings.

Alongside Steve Williams, renowned worldwide for his songwriting and keyboard skills, are guitarists Glyndwr Williams and Andy Kopczyk, Locking down the rhythm section are PQ veterans Paul Finnie and Rich Smith and the new voice of PQ is Ashley Edison, who also fronts the band Dendera.

The band entered Thin Ice studios in late 2001 to record demo versions of two tracks that would appear on the Wings of Forever album, namely Glory Tonight and Follow Your Heart. At the time the band had still not found a suitable vocalist so ZP agreed to handle vocals and thus continued the DF connection. The demo was very well received amongst the power metal community and led to the band signing a deal with Italian label Underground Symphony for the release of their debut album. 2002 - 2005: The first 3 albums During this period the band released 3 albums. Firstly “Wings of Forever” (2002), “Neverworld” (2004) and “Magic Never Dies” (2005). Each release saw a development in the style of the band, adding hard rock and progressive influences to the power metal cauldron. During this time the band played their first live shows including Bloodstock Festival, a UK tour with Threshold and a killer show in London with Dream Evil and Labyrinth.

Many more live shows were undertaken during this period, the highlight being a 3 week European tour with Angra and Firewind during which the band gained an army of new followers. In 2008 the 4th record “Master of Illusion” was released to critical acclaim and featured some modern influences and a heavier production. Due to schedules and commitments the well known Anglo/Italian line up broke up in 2009 leaving Steve Williams as the sole remaining member.

Having put together a new line up of the band, featuring current members Paul, Rich and Gav, Steve and the band headed into the studio in 2011 to record the 5th PQ opus “Blood Alliance”. The album was extremely well received and led to many calling it the best PQ record to date. In support of this album the band played many UK festivals including Bloodstock and Hammerfest, ventured out as a headliner to Europe for the first time and also embarked on a European tour with Freedom Call. Steve announced in early 2013 that the band would be no more, due to lack of financial support, after two farewell shows in the UK.

April saw the official announcement of the return of Power Quest to active duty. Alongside founder member Steve Williams were Rich Smith (drums) and Paul Finnie (Bass) Taking up the lead vocal position in the band is Ashley Edison. Ash brings not only great vocals and frontman skills to the Quest but also a level of enthusiasm that will fire the band for many years to come!

In March 2017 Glyndwr Williams (ex- Triaxis) and Andy Kopczyk (I am I, Airstryke) were recruited as the new guitarists and the band headed to Rogue Studios in London in April to begin recording the 6th Power Quest album.

In September 2017 the band visited Japan and USA for the first time ever, performing at Evoken Festival alongside Freedom Call and Twilight Force and also at ProgPower USA!

'Sixth Dimension' was released to a great reaction worldwide in October 2017, during the UK tour where PQ were the special guests of DragonForce.

2018 sees the band return to the road in February for a run of UK shows with Freedom Call and also an appearance at HRH Metal festival in Birmingham.

It’s time to put right what went wrong……the Quest must go on! 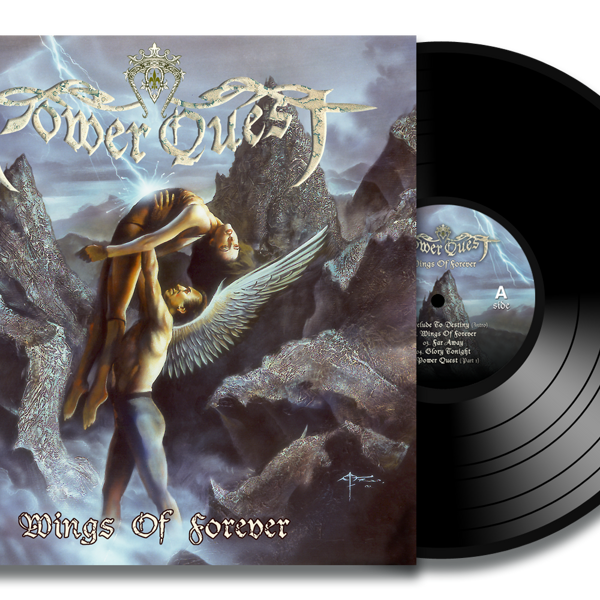