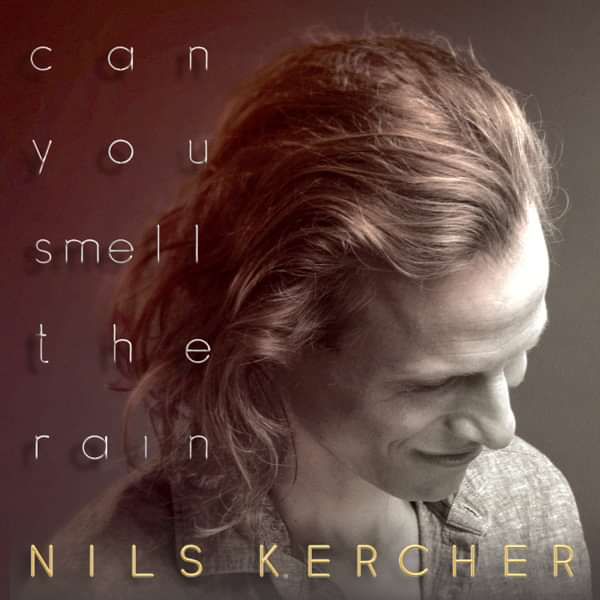 Can You Smell The Rain (mp3)

*"Goosebumps...timelessly beautiful, worth listening to even in the future...It is impressive how deeply the ten songs touch you in so many different ways. Nils Kercher has a fascinating, individual musical handwriting, which distinguishes him as one of the outstanding artists, who is not limited to any genre. Dreamlike vibes meet splendidly designed dynamics... Hats off, Nils Kercher & Co.!" * (Rocktimes March 2020)

*"A sensitive music that can contribute to your own sensitization. It's also lovely to have once again become aware of the unique smell of rain with the help of this album." * (Concerto / Austria 2-2020)

Can you smell the rain? Yes, definitely, you can. And can you name the unnameable? Why should you do that? The Bonn-based multi-instrumentalist and songwriter Nils Kercher has long since given up the search for handy terminology for his music. His creations are so rich in musical influences, cultural references, personal stories and profound ideas that even a string of terms could only cover part of the trace elements they contain. Let's therefore leave it at this point with the beautiful and all-encompassing term: music. Like his previous albums, the new CD "Can You Smell The Rain" was not created overnight. The reason for this is obvious when you get involved with Kercher's world. He roams through life with alert eyes and open ears and takes a stand with his songs. His albums are not collections of beautiful sounding platitudes, but every song is about something. The personal and the global always go hand in hand. Sometimes it reveals itself on first hearing, other times you have to let it sink to the bottom to get to it. Kercher himself is extremely unobtrusive. He has a lot to tell, but does not suffer from the Messiah complex of so many of his colleagues. "I don't have a mission. I sing songs about things that intrigue or bother me." The thoughtful, very poetic and in detail sometimes provocative lyrics don't originate from Kercher himself, but from his partner Kira Kaipainen. They are usually written independently of the songwriter's compositions, but the intentions of the two companions merge so congenially that the musician only has to reach into his home drawer to find exactly the lyrics he was looking for anyway. The combination of sound, lyrics and a captivating urban groove takes the listener by the hand on a journey. But beware of false expectations. Whoever equates the word journey prematurely with sugar coated holidays is on the wrong track here. "Can You Smell The Rain" is not a cozy trip in an air-conditioned all-inclusive bus, but Kercher and Kaipainen confront the looking ear with the hot spots and problem zones of the outer world until they grant it access to the depths of their inner worlds. So far, Nils Kercher has made a name for himself primarily as a kora player. The kora is an ancient West African stringed instrument that could casually be described as a mixture of harp and lute. It is difficult to come to terms with the instrument's variety of sounds, but anyone who hears its clear, filigree, flowing and dripping sound only once will recognize it in any ensemble, no matter how large. But Kercher describes his new CD as a re-encounter with the guitar. The songs were mainly written on the six string, the other instruments, including violins and of course the kora, were added during the formation of the songs. It's hard for Kercher to pinpoint the reason for his choice, and yet he finds such poetic words for it as if it were lyrics for a new song. "It's like standing in front of your wardrobe in the morning looking for the right clothes for the day. You just know what fits and what doesn't. That's not a rational decision, but within I hear, how it has to be." Above all these conceptual and instrumental components we find the vocals. Kercher manages to create new facets for his voice in every song. Sometimes chatting pensive, at other times expressively summoning up to a choir, here working with the stylistic means of the present, there letting himself fall into the realms of tradition, rhythmically accentuating or creating melodic arcs, he always finds surprising stylistic means to lend each song the character of an individually told story. Thus Kercher succeeds in a fascinating way not to allocate his songs to a specific place in space and time, but to de-locate them. The album seems like a house with many doors, and it's up to each listener to decide which stylistic doorbell he wants to choose. Kercher's Kora playing is so organically interspersed with influences from his everyday life in Europe that it sounds completely different from anything known from this instrument in Africa. Kercher has already pursued the intention of de-localisation on his previous albums, but through the prominent use of the guitar he is able to realise this ideal even more convincingly on "Can You Smell The Rain". Although he internalises and respects different traditions, he doesn't feel exclusively committed to any of them. Without question, he is interested in his personal language, which he can carry wherever he is. "This is always an incessant listening that begins in nothingness, and the willingness to bear the unknown." The Neue Westfälische Zeitung states that Nils Kercher has a "gentle but irresistible power". It can hardly be expressed more aptly. His songs seem to be born right in the ear of the listener, then dissolve and disappear. And so the title of his album is being fulfilled like a prophecy. In fact, you sometimes think you can smell the songs on "Can You Smell The Rain" rather than hear them.