Nine bums on nine ‘firm’ seats and off we revved. Up a number of motorways to the northern seaside. There were too many questionable service station snacks, Harry (Guitar) slept – woke – slept… farted. Or at least someone repeatedly farted. Loz (Bass) occasionally filled the splitter with what smelt like burnt Christmas cake but was revealed to be his latest vape flavour/fart masker…

The journey wore on with the lovely, tireless Nico at the wheel. Also an expert mic stand rectifier and onstage water bottle deliverer. It was thanks to Cameron (Keys) that halfway up the country we finally had music. A carefully and fairly constructed duke box playlist where we inadvertently admitted the depths of our musical tastes.

Then we had arrived… into the white mists of Scarborough. The Spa, a glorious Victorian building on the very toes of a sandy beach. We ate, we met Zeus – The Libertine’s ‘tour dog’ but Pete’s puppy love. And we sound checked, sharing a kit with the imitable Ratboy. I wanted to cuddle them all. And then brush their hair. Expert skaters with sick tees and a crushing set. I miss those Ratboys… After setting up for their soundcheck they’d left little wheel scuffs and scratches all over the ancient ballroom…

Fred (Drums) smacked the tubs good anyway. Painted like Louis VittSCUM ;) We we’re soundchecked and ready. Well, almost. First Carl had to shave Loz and Harry. Now almost as famed for his barber skills as for his music, my multi-talented brother has taken to kindly trimming the boys hair ahead of our set. I tried my hand, made a bald patch on Loz and the trimmers were abruptly confiscated.

We played – the crowd were ever so lovely and the sound on stage was amazing. We retired to the dressing room sweaty and elated. After Harry’s repeated streaking, he flashed the poor Ratboys twice, we noticed our absent keys player. It turned out, whilst the gig played on, three crew members in dust masks with torches had to dismantle the side of the stage to retrieve Cameron’s phone. A dedicated Candy Crush player, he’d taken it onstage with him, just to squeeze in a few jelly bean lines before striking up the first chords of our set.

The Libs were awesome, as was Ben – The Magic Mod. Very lovely man, even if he went a bit ‘Harvey’ with his bra stealing trick. The night blurred into hazy and perfect catch up with my old friends and favourite boys. Pete decided to make an absurd and lengthy drive through the night back to Margate. So I upgraded myself to his suite.

The band boys, along with Robson – our very own camera wielding guitar tech, ventured into the local nightlife in search of kebabs… Led by the very lovely Scotti from Stray Scene – He’d been dispatched to interview me in a very cool artists interviewing each other kind of anarchy, curtesy of Northern Exposure. But they do a lot of very cool and charitable things, that lot.

We won’t talk about the long long drive home… It was long. People were ill. But we loved EVERY minute of it. Thank you all of you who shared the Scarborough experience with us and generously watched out set ahead of the Libertine Legends. Tiddly Om Pom Pom. 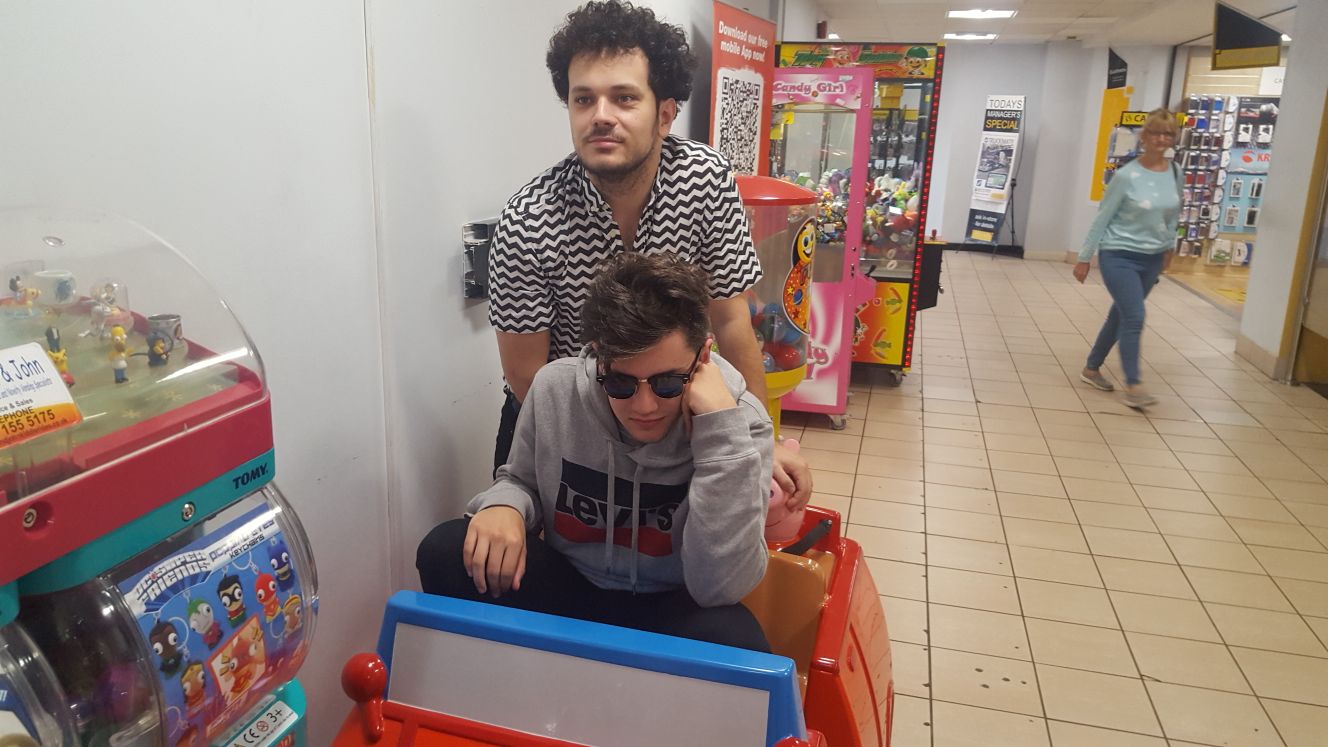 Splitter leaves 7am Tues 26th Sept to join Ratboy and The Libertweenies in sunny Scarborough.

Travel japes, Gingster consumption and 6 hours of motorway travel to be documented right here. What larks :)