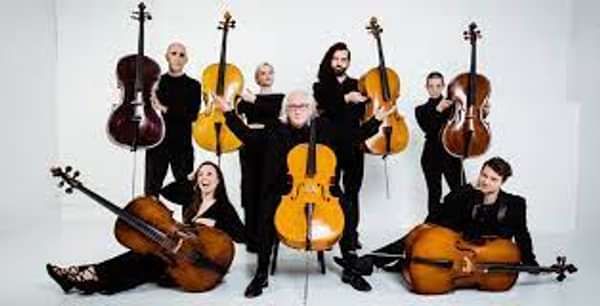 The Massive Violins are a musical ensemble of singing cellists. They play music from a variety of musical genres, all using the cello and voice.

The Massive Violins are a band of seven singer-cellists performing unique, virtuoso arrangements of popular classics ranging from Queen’s Bohemian Rhapsody to Eminem’s Stan to Mozart’s Queen of the Night. They offer a highly entertaining night of musical surprises, and perform regularly at festivals, weddings and corporate & private functions.

Founded in 2010, the Massive Violins have performed concerts in venues across the UK and internationally, including a biannual concert at Cecil Sharp House, a residency at Hornsey Town Hall and regular appearances at festivals including the Isle of Arts Festival, Ventnor Fringe, Lawnfest and Frinton-on-Sea. The ensemble were also crowned winners of North London’s Got Talent in 2016.

Please book a ticket in advance to avoid disappointment.

The venue has a full fresh air ventilation system installed throughout.