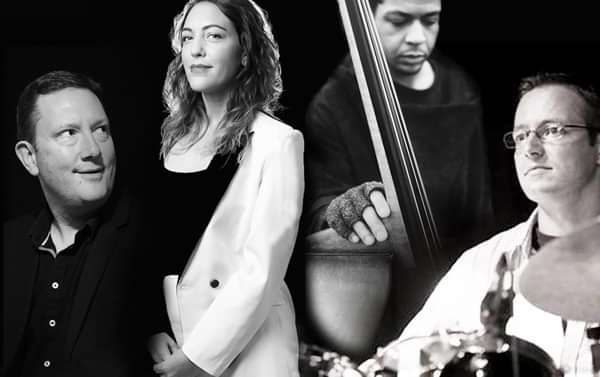 Lauren Lucille is a London based (7 years now), jazz/folk/soul singer and songwriter from Australia. Daniel Hewson is a local multi-instrumentalist-producer, Chris Hyde Harrison is a local double bassist and producer. Adam Osmianski is a percussionist/drummer from Pittsburgh, Pennsylvania, USA who has been in the UK for 8 years.

With Lauren on guitars, Dan on keys/trombone/vocals, Chris on bass, Adam on drums/percussion/vocals, this Quartet will perform jazz covers of folk songs from around the world including their version of Madeleine Peyroux’s “You’re Gonna Make Me Lonesome When You Go” by Bob Dylan, Hank William’s “I’m So Lonesome I Could Cry” and “Strange Feeling” by Tim Buckley - which uses the same movement as Miles Davis’s All Blues. The quartet will also perform songs from the 19th century and Lauren’s slightly newer original compositions! It’s sure to be an entertaining and musically nourishing night.

This will be the debut of this show which has been arranged and rehearsed by the quartet to make sure the audience gets an incredible, beautiful and seamless show.

"It’s been a great journey going through folk songs from the 19th century up to now to see which ones lend their sound to a jazz vibe. We could play for days but hopefully have chosen familiar songs the audience can hum along to."

Karamel has a full fresh air ventilation system installed. We have limited seats available to allow for social distancing. Please book a ticket in advance.