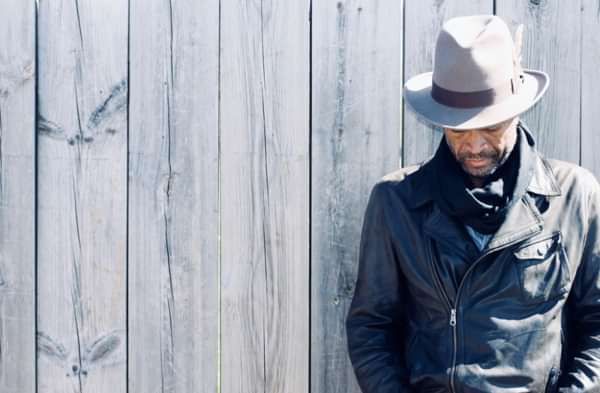 Living Blues awardee, Jazz, Soul and Blues singer Bruce “Mississippi” Johnson first heard Gil Scott Heron’s music back in 1981 while living in Kinshasa, Zaire. Inhabited by a real passion to sing professionally Bruce found in Gil’s voice a register similar to his own and this fuelled that passion even more motivating him to learn and cover some of Heron’s biggest hits during his first solo performance on stage shortly thereafter. Bruce’s appreciation of Heron’s music never waivered. “The relevance of GSH’s music today just shows us how much work is still left to be done and what better way to contribute to that work than by paying homage to the man, the poet, the author in an evening of his music”.

Born in Mississippi the heart of the musically fertile area that is America’s ‘deep south’, Bruce Johnson is a man who was born to sing. As a child in his grandfather’s church, and later, in the company of his father’s record collection, he got the kind of musical education most folks can only dream about. Listening to soulful voices like Al Green, his cousin Jackie Wilson, Lou Rawls and Gil Scott Heron, Bruce discovered he could sing.

Towards the end of his stint serving his country as a Marine that realization dawned on Bruce that he had been put here to sing, and he began to perform. Playing in Africa and performing the songs of Gil Scott Heron he began to find his feet as a frontman. Upon leaving the military and finding himself in Paris, he began to perform taking on as many gigs as he could and quickly gaining notice for his one of a kind voice and his one of a kind looks. Nobody failed to see his six foot four frame as he took the stage, but when it gave fly to the effortlessly soulful bass-baritone voice that is his true blessing, the audiences were truly spellbound.

Having formed a formidable reputation on the Parisian Jazz scene, he began to work with the luminaries of the city, musicians that had played with stars like Stan Getz and Sammy Davis Jr. With his reputation on the rise, he branched out and formed a band of his own making him a leading light in the funk scene. Bruce and his band were asked to perform in a competition judged by the one and only Nina Simone. When they won the competition it gave him the chance to record his first single and forever cemented his reputation as a star in the city.

It wasn’t long before he began to crave an earthier sound, something more akin to the music that came from the delta region that was his home. The chance came with the offer to join the legendary blues bassist Big Joe Turner’s band Blues Caravan as a vocalist. Joe had toured in BB King’s band as well as with Albert King and Little Milton, and showed Bruce the truth in the music and gave him a chance to tour the world.

His time in Turner’s band saw him forming a solid bond with the keyboard player, and saw the two begin to write and demo songs that would eventually become Bruce’s solo album, The Deal Baby. With a sound that straddles blues and soul, it’s as original and inventive as the man himself.

His fame in France saw him asked to compete on their version of The Voice, where his astonishing performances and astounding voice landed him a gig with French band Forever Gentlemen. With that band’s album of jazz vocal standards hitting triple platinum status the accolades that his singular voice deserves are starting to roll in.

Bruce has a voice of his own, one that straddles soul and rhythm & blues, as at home singing the songs of Little Milton, Gil Scott Heron or Bobby Blue Bland as he is with his own heartfelt songs. Bruce Mississippi Johnson is a force to be reckoned with.

“I’m excited about this gig because it takes me back to my first real time on a professional stage back in the motherland. Revisiting these songs with 40 years of life experiences and a deeper understanding of what his music means to me makes it all the sweeter!”