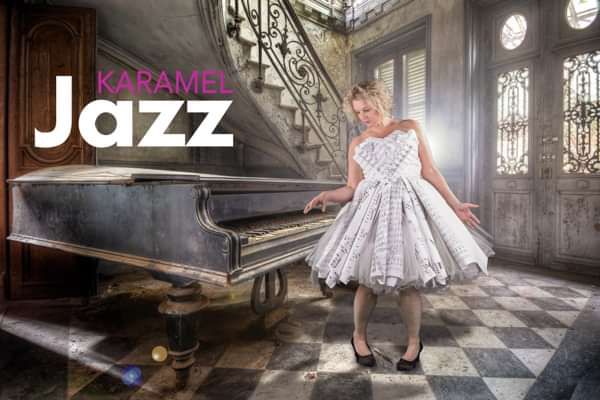 Be transported back to the jazz clubs of the 50s and 60s then brought up to the present day, with the storytelling and musical prowess of the Wendy Kirkland Quartet, celebrating the dual talents in voice and piano of artists such as Diana Krall, Shirley Horn, Nina Simone and Eliane Elias.

UK born and bred Wendy Kirkland is a world class jazz pianist and vocalist whose debut album 'Piano Divas' made such an impact when it was released in March 2017 that it was immediately snapped up for distribution by Discovery Records and made the Album of the Week slot twice in one year on The Jazz UK radio, shortly followed by overwhelming critical acclaim from the national mainstream and jazz press. More airplay of the album followed on Clare Teal's Radio 2 show, Alyn Shipton's Jazz Record Requests on Radio 3, Helen Mayhew's shows on JazzFM and latterly BBC Radio Scotland by Clare Teal's Scottish counterpart Seonaid Aitken. All have noted her swinging style, equally as adept with the Great American Songbook as with Brazilian bossa nova and her own original songs.

“ONE OF THE GREAT UNSUNG HEROINES OF BRITISH JAZZ. THE LUCID WARMTH OF HER SINGING IS ACCOMPANIED BY HER HIGHLY ACCOMPLISHED PIANO PLAYING.” THE JAZZMANN