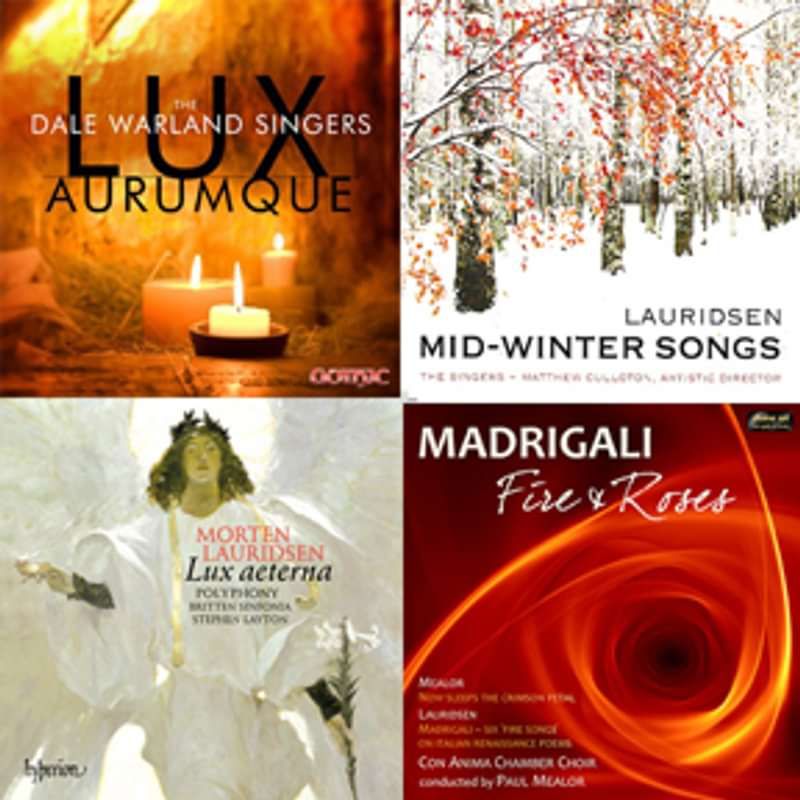 from the Soundtrack of the film, Shining Night

"Superb recordings by Polyphony and Britten Sinfonia, the Dale Warland Singers, Con Anima Chamber Choir, and The Singers / Minnesota Choral Artists are featured in the film and I extend my deep appreciation to these distinguished conductors, ensembles and record companies for their magnificent artistry and generosity." 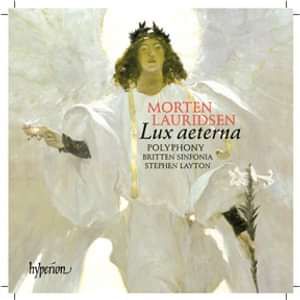 This Grammy-nominated disc from the multi-award-winning choir Polyphony is something rather special. At once genuinely original and yet reassuringly accessible, the music of Morten Lauridsen has achieved something of a cult status in his native America (O Magnum Mysterium currently being the top-selling choral octavo in the country- the number 2 spot is also a Lauridsen work), and Stephen Layton draws from his musicians some of the most ardently lyrical performances of recent years.

Lux aeterna was greeted by The Times after its London premiere thus: "a classic of new American choral writing...in this light-filled continuum of sacred texts, old world structures and new world spirit intertwine in a cunningly written score, at once sensuous and spare." Were a comparison to be sought, it would perhaps with with Faure's Requiem, but this new work must surely be allowed to stand as unique.

The Madrigali, subtitled Six Fire Songs on Italian Renaissance Poems, are phenomenally challenging unaccompanied choral works, very much in the tradition of Monteverdi and Gesualdo. Yet the technical difficulties they present to the performer are disguised from the listener by a seamless sense of purpose which unites the cycle into a whole of stunning effect. Occupying a similarly opulent sound-world to Lux Aeterna, the three Latin motets which conclude this disc are truly modern masterpieces in the traditional motet genre. 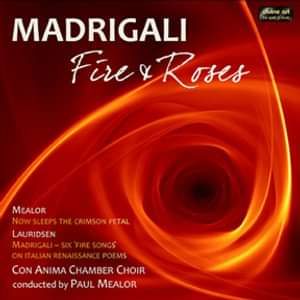 A luminous collection of a cappella choral works spanning five centuries, the showpiece of which is the Now Sleeps the Crimson Petal cycle, by Paul Mealor himself, of which the first movement was personally chosen by Prince William and Kate Middleton (now the Duke and Duchess of Cambridge) as the musical centerpiece of the April 2011 Royal wedding service.

An impressive choral work that superbly combines the clean and open harmonies of the Renaissance, with the more distant harmonic intervals of today, and sits within a pitch range that always serves the four individual voice parts extremely well. An evocative work that at times demands vocal gymnastics from the singers, but most of all commands a beauty and richness of sound too often absent from today's music.

The Scottish Con Anima Chamber Choir is quickly establishing a reputation as a choral ensemble that can comfortably adapt to the various demands of music past and present, as evidenced on this new recording. From John Ward, to Gustav Holst, to Morten Lauridsen, their delivery enhances the music's character and style, and never sounds as if out of its element. The blend of voices from the basses to the sopranos is always in perfect equilibrium, and could be compared to a supple and malleable fabric that conductor Paul Mealor can easily mold and shape to fit the music at hand. 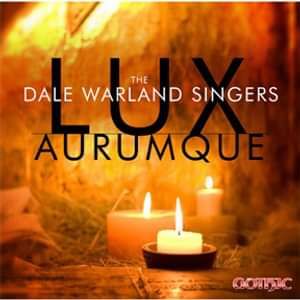 "...simply put, [Lux Aurumque] represents where the bar is set for choirs today. The repertoire is 19th- and 20th-century sacred motets, sung with a deep spirituality. Warm-hearted, touching stuff. Mixed-voice choral work does not get any better than this!"

This is a 20th-century program and constituted of challenging music. It is also ravishing music in the hands of an ensemble as subtle as this one...The dynamic range of this ensemble was enormous and it is well captured by Gothic...the Dale Warland Singers stopped at the peak of their form. What a way to go! 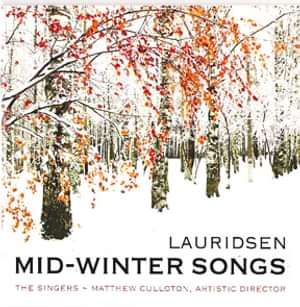