I really like this, there's some great riffage on this track”

“Hey Bulldog are a great band, this sounds fantastic!”

Guitarist Rob Manton is blessed with enough musical talent to actually justify his level of showmanship as he howls his way through the band’s material- the centrepiece being “No Future, Part II“, a hazy Krautrock odyssey utilising motorik beats courtesy of drummer Ben Howarth-Lees and hypnotic synthetic drones, which gradually build in intensity to a great wave of release.

As well as gaining 9/10 reviews from the likes of Louder Than War 'Al Lupo' won the Amazing Radio Audition Show Poll, the bands' second single to do so making it's way onto the Amazing Radio Playlist, this followed a series of plays on BBC 6 Music, Radio X, KEXP, and BBC Introducing.

Alongside their own headline shows to an every growing army of rabid fans they've supported Moon Duo, Syd Arthur, Joel Gion (BJM), Hooton Tennis Club, The Lucid Dream, The Liminanas, Spindrift, The Schizophonics, Sextile as well as breaking onto the UK and EU festival circuit 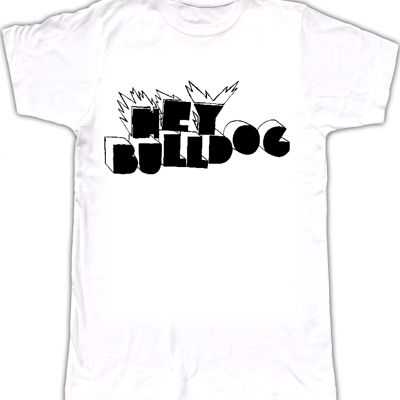 By signing up you agree to receive news and offers from Hey Bulldog. You can unsubscribe at any time. For more details see the privacy policy.