*HABITATS *are a self-proclaimed four piece indie/alternative band from the south of England. They project a tropical sound with a jagged edge, leading to a naughty-but-nice sonic disposition. Their first single Diamond Days was released back in March 2014 and generated huge attention for the band on soundcloud, with 30,000 plays in less than a week and over 180,000 plays to date. An exotic, hectically sweet-natured debut single it was too, for these were four youngsters who happily aligned themselves with the modern daydream, whatever that may be…

Habitats' second single Peace Of Mind followed on 3rd November 2014, gaining more momentum with radio play from the likes of Huw Stephens, Steve Lamacq, John Kennedy and a number of stations around the world including KEXP in USA. The release was supported by a four-date residency at The Old Blue Last in London with the band playing to packed rooms each night, followed by support slots with Tennis and Y.O.U. The single was lavished with positive reviews, some noting that the lyrics are 'a constant enigma begging to be interpreted', with the band enjoying the notion of not being limited to any specific topic or concept surrounding common references to indie music.

Having quickly built up a loyal fan base in and around London due to their energetic live performances, they released their debut EP Diamond Days in February 2015, selling 100 hand-decorated limited edition copies at a rather hectic Shacklewell Arms EP Launch show which finished with band members balancing on jubilant fans' shoulders. Their first UK tour kicked off in March 2015, which included another sold out show in London, this time at The Sebright Arms.

Armed with tropical beats and a slender groove willing to divide night and day, their stage presence is a cross between a Monty Python sketch and a night of awkward flirting that nonetheless has an endearing charm to it. They relish the idea of not having a specific frontman, and with four separate personalities on stage they all have the ability to bring their own characteristics to the live show. From recording early demos in a friend’s bedroom, to expanding their sound via the Tin Rooms in Shoreditch where they recorded the Diamond Days EP, the band’s latest recording effort was concocted overseas in Hudson, New York. Following a summer of festival appearances at The Great Escape (supporting The Cribs), Kendal Calling, GoldCoast Ocean Fest and Boardmasters, the band embarked on a UK tour in October, in support of their latest single, Boogie Waltzer including a sell out show at London's Lexington. The bands second EP 'Jungles' will be released on 12th February via Decibel Collective, the release will be supported by dates across the UK including the bands biggest headline show to date at London's Hoxton Square Bar & Kitchen for Parallel Lines on 3rd March, something which if missed, will be a crying shame, so get your now via all good ticket outlets. 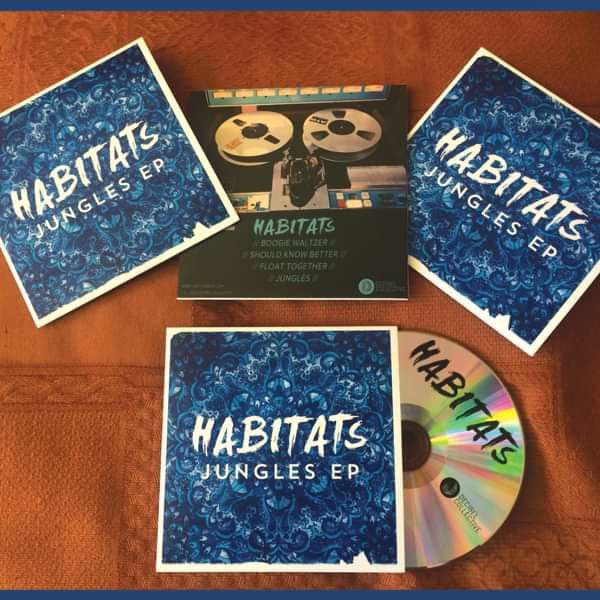