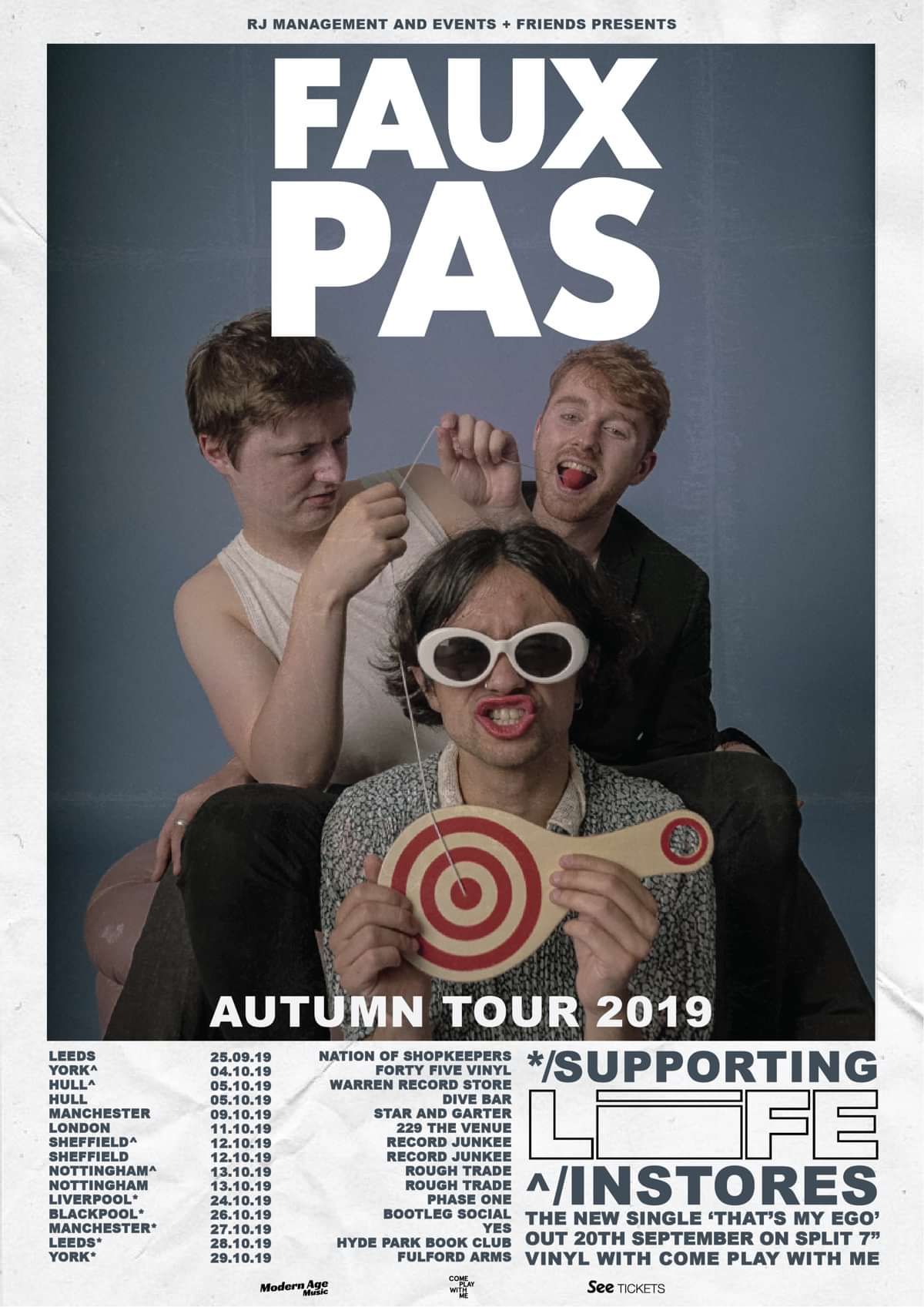 Faux Pas will claw their way into your every waking thought and make you beg for more. Taking influence from the Riot Grrrl movement; along with bands like Placebo, they have brought their own twisted brand of Indie Punk to stages all across the UK, landing support slots with The Blinders, Embrace, Strange Bones and Hands Off Gretel. Championed by BBC Introducing, it’s no surprise they’re gaining a reputation for their explosive live performances, mixing grunge gloom with lo-fi, punk anthems of protest. With performances at Reading Festival, Leeds Festival, Kendal Calling, Humber Street Sesh, Live At Leeds and airplay from Radio 1 under their belt, ‘That’s My Ego’ is their most exciting and strongest release to date. Exploring the myth of fame, the Manchester-based band will bring back punk and empower the disenfranchised.

“Manchester trio Faux Pas can take care of themselves. A resolutely DIY experience, the band stand apart from the hyper-capitalist day-to-day experience of life in 2k19.” - CLASH