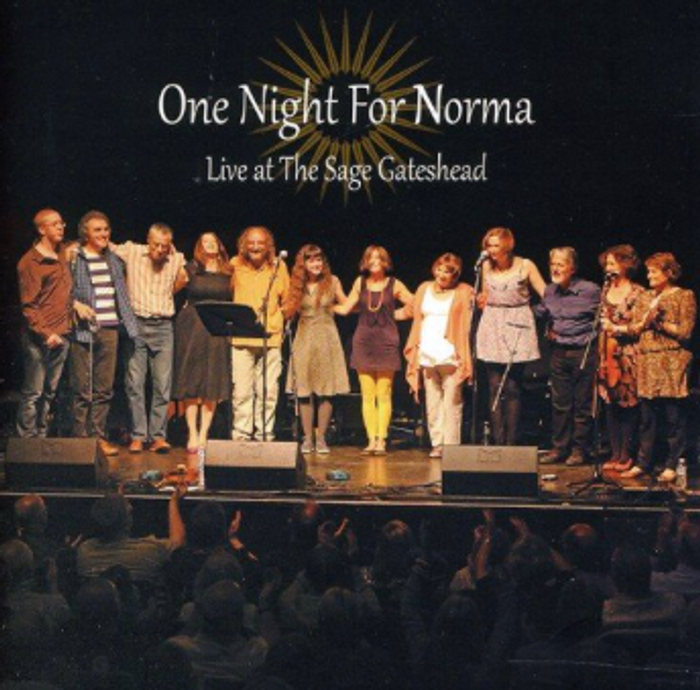 This is a recording of a live tribute concert, performed and recorded at The Sage Gateshead on June 1st, 2011, to fundraise for the beloved folk matriarch Norma Waterson, who has been very ill and unable to work since last year. Featuring well known folk artists Emily Portman, Vin Garbutt, Margaret and Andy Watchorn, Sandra Kerr, Andy May, Bella Hardy, Alistair Anderson, Jez Lowe and MC Linda Robinson. These prominent folk artists got together, and with the help and support of Henry Chesterton from Venues All and Chris Pentney, Head of Folkworks programme, presented a fantastic night of music, including many of Norma's best loved songs and arrangements. Norma Waterson formed The Watersons in the early 60's with her sister Lal, brother Mike and cousin John. They went on to become the most influential vocal harmony group of the time, and achieved near cult status when they stopped touring in the late 60's.

In 1996 Norma received universal acclaim with a nomination for the Mercury Music Prize, in which she came a very close second to pop band Pulp and until her illness was most often to be heard alongside Martin Carthy and her daughter Eliza Carthy. Norma has one of the strongest and truest voices that contemporary folk music has ever produced. A doyenne of British Folk Music she was described in Mojo magazine as "possibly the finest English singer alive today"

Disc: 2 There Ain't No Sweet Man That's Worth | The Sherbourne Waltz Peacocks March | England My England | Black Muddy Water | When the Winds Begin to Sing | Up the Wooded Stair | London Danny | Some Old Salty | Three Score and Ten