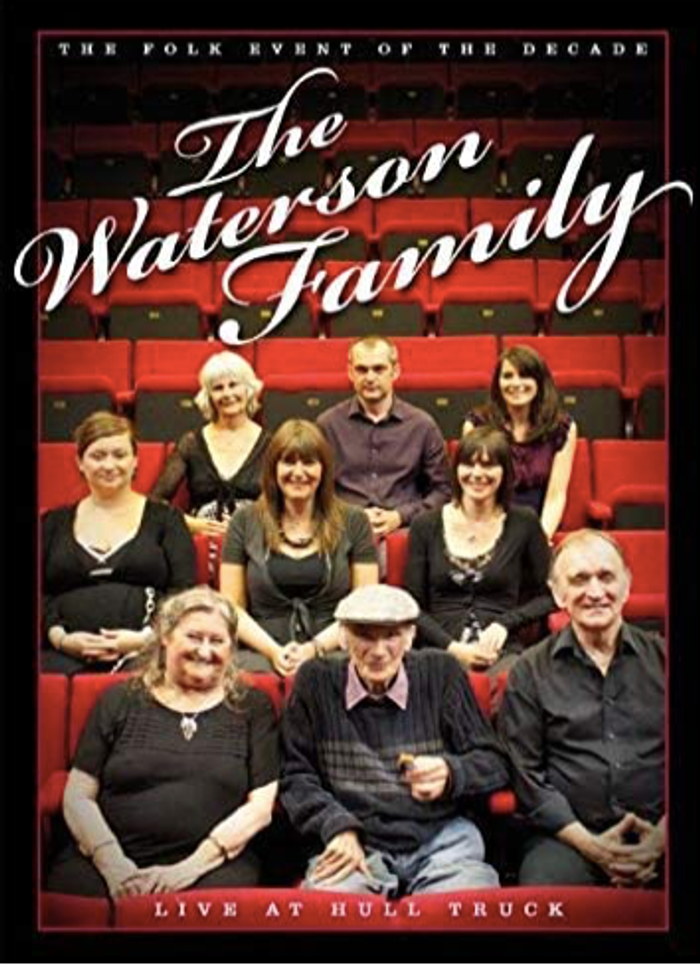 The Waterson Family celebrates 50 years as Britain's "First Family of Folk ; with this homecoming concert at Hull Truck Theatre. Norma and Mike Waterson from the original quartet are joined on stage by Norma's husband Martin Carthy and their daughter Eliza as well as various other talented members of the family.

Tony D writes: "This DVD was recorded shortly before the sad death of Mike Waterson and is a very fitting tribute to him. My wife and I have followed the Watersons for many years and attended Liverpool Philharmonic Hall for a concert last year which took the same form as this one - the whole family on stage singing sublimely, mostly unaccompanied, a large selection of their repetoire. Not surprisingly, they received a standing ovation from an audience of like minded souls who, if anything like me, had the hairs on the back of their necks standing up for the whole concert with the magnificence of their harmonies."