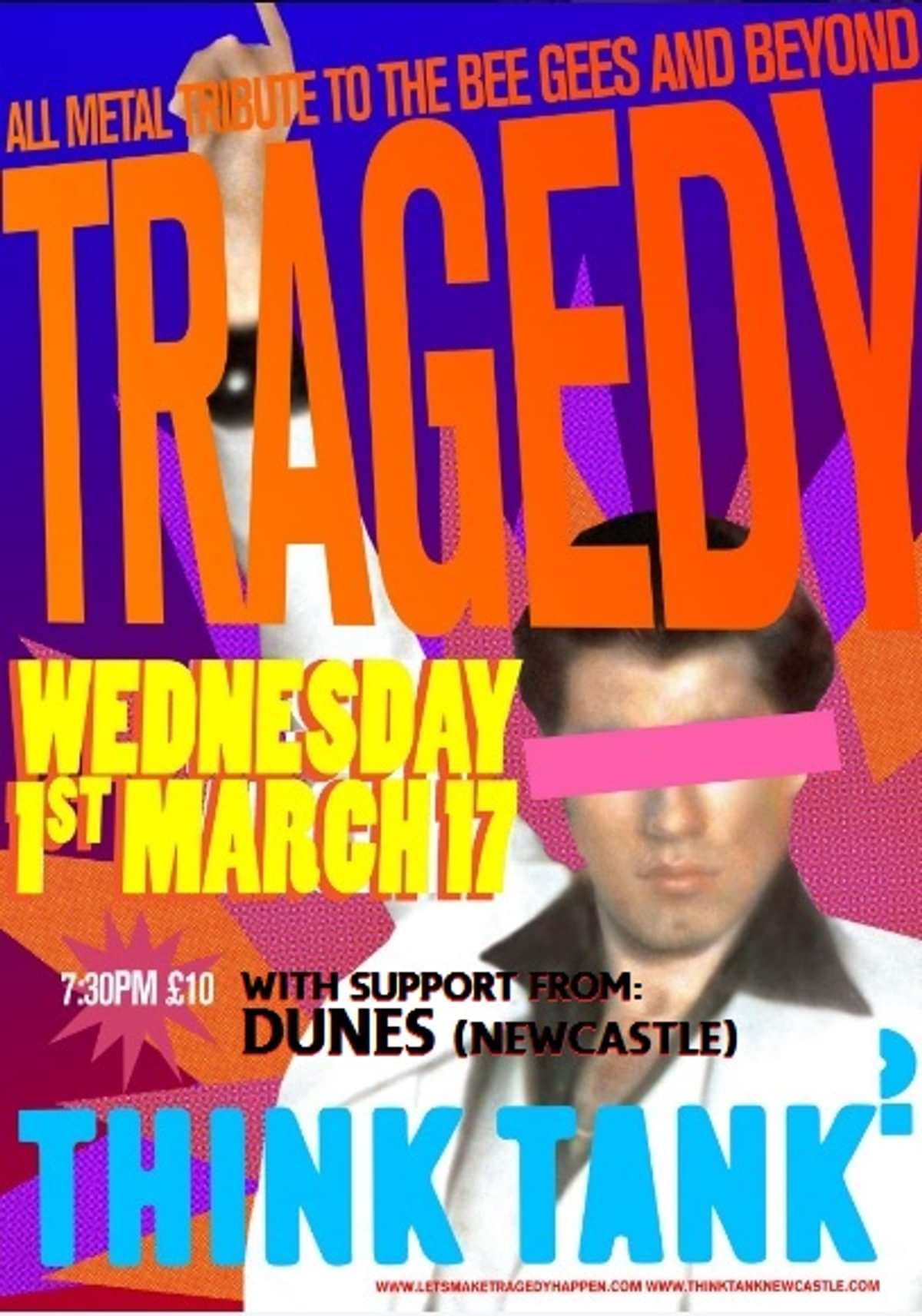 Less than one week, which is usually around 6-7 earth days, until we have the pleasuridge (**) of supporting the mighty TRAGEDY at Think Tank in Newcastle. In case you're an idiot, TRAGEDY do Bee Gee songs, and other disco classics, in their own metal style, it's a sight and half. Bring your dancing shoes.

That is on Wednesday 1st of March, 10 human pounds to get in, but see us for a discounted price. Bring your coins.

Also in the DUNEWS this week we have had our first two festival appearances confirmed, which is more exciting than a fucking Kinder Egg with roller skates on. We will be playing at Tramlines 2017 in Sheffield, 21st-23rd of July. We are also playing a different festival late in August...but we're not allowed to announce which one it is yet, but it will be fun, fun, fun. Bring your wellies.

We've also confirmed our first gig in Sheffield, Thursday 22nd of June at West Street Live and we're planning a date somewhere else in Yorkshire the day after, keep eyes peeled for t'update on that. Bring yer wippets and t'flatcaps.

Bring back me sensi.

(**) that's right 'pleasuridge'; pleasure and privilege, feel free to use it.