I was asked by Leeds based label Come Play With me to curate their playlist. Typically, instead of just picking a bunch of songs & making it easy on myself, I wrote the essay below. Hope you enjoy & find something you like in there.

Hello ladies & gents. Scott from Clue Records here picking my favourite underground/unsigned/developing acts Before kicking this off, I want to explan a little about the selections before you see some of them & think I’m deluded. What I’m trying to get across is my hopes for what the chosen acts can achieve. The smaller acts I’ve picked shouldn't turn into the bigger ones, I just see comparisons in their potential careers & hope they can get a similar amount of success. As well as that, all these tunes are mint & sound dead good together so maybe ignore all this writing & hit play yeah? Enjoy x

DEAD NAKED HIPPIES > YEAH YEAH YEAHS Been blown away since coming across Dead Naked Hippies & every time I see them live, they’ve turned it up a notch. Was tempted to pick Savages but I think Yeah Yeah Yeahs are what I see when I watch them live. Full of light & dark, plenty subtlety & energy and a ton of power. Each member of YYY’s brought something to them as a whole, I see the same thing in DNH.

TEAM PICTURE > TALKING HEADS TP are a musical chameleon, switching their style at the drop of a hat & never failing to impress. I always find something of David Byrne in the vocal delivery & lyrical content of TP. They’ve got the artistic ability to do whatever they want & always make sure it’s great.

FOREVER CULT > WAVVES Kieran writes endless amounts of bangers, just wish there was a way we could get more of them out to the world. His ability with a hook is ridiculous & the talent to write upbeat, bright belters in one day, then switch it to a deep, more sombre tune is unreal.

DRAHLA > SONIC YOUTH A band that ooze cool & style. There’s nods to Sonic Youth in some of the sound Drahla have but it’s the vocal delivery that hits the notes for me. I hope they can keep going & meet the potentially they clearly have.

FOLD > MASSIVE ATTACK A much needed positive & political voice, formed by using the voices of poets, writers, protesters & anything they can get their hands on to deliver a message. There are initial similarities to Public Service Broadcasting with Fold, but it’s the political intent that Fold have which pushes them into the MA category for me.

PLAZA > FOALS Angular & mathy but never neglecting a hook, PLAZA are pretty unique at the minute. Foals are a fair way off due to what they’ve achieved in recent years, but the short, sharp, energetic bursts they worked so wonderfully on their debut album are something that PLAZA can achieve.

AVALANCHE PARTY > THEE OH SEES There’s something of a leap between the 2 but it’s safe to say that if you see one of these bands, you won’t forget it any time soon. Rawness, feral, intense & occassionaly terrifying. AP are just starting their journey, I hope they can get to the point of adulation The Oh Sees have garnered.

VULGARIANS > THE BIRTHDAY PARTY I see the rawness of early-Nick Cave’s Birthday Party in Vulgarians, the wordplay, wonderful lyrics & the intensity of the 4 members coming together. Watching Vulgarians live is like being in the crowd for a preacher who’s here to cleanse your soul (and also your wallet). Thankfully Vulgarians don’t try to fleece you for disingenuine reasons, they mean every word & note.

PEPE SYLVIA > THE BEACH BOYS (AND GIRLS) Fresh off the block but with so many dimensions to them. Serene & sweeping at one minute over to frenzied shout-a-long punk. It’s the harmonies & melodies they manage to craft that pull them towards The Beach Boys comparison.

N /\ L /\ > GRIMES I saw N /\ L /\ in a video first after it was shared by a good friend. Couldn’t believe how accomplished it was, and then to find out she was based in Leeds blew my mind. Then the live show took it to another level. Like watching Madonna on speed in the middle of an illegal rave. I see the artistry & intent that can move on to the level of Grimes.

DOSE > DIIV Beautful, swoony shoegaze that makes you float away. That sentence describes both perfectly & they’re perfect bed partners. DIIV have gone to incredible heights & I hope Dose can continue to create & cultivate a similar following.

MUSH > THE FALL Mesmerised the first time I saw Mush & it’s never really changed. The Fall may seem like a stretch but I always get that feeling from their live shows (not afraid to stop if something isn’t right or deal with awkward moments with total honesty where others acts may shy away).

TREEBOY & ARC > EAGULLS Driven & intense with engaging lyrics & always a nod towards melody. TB&A seem to have come almost fully formed as this intriguing new art project. I hope they can garner the same attention Eagulls have & look forward to seeing how their writing & output evolves.

THE GOLDEN AGE OF TV > LATE OF THE PIER A lot of you maye be thinking “Who the f*** are Late Of The Pier”? Firstly, go was your mouth out, filthy child. Secondly, LOTP were a one album weird art-pop act who released music that sounded like not a lot else in the early 00’s. Frontman Sam Eastgate went on to release a brilliant wonk-pop album as LA Priest & then join forces with Conan Mockasin to release an album as Soft Hair, another quirky, sultry & basically sexy groover. I’m excited to see TGAOTV grow & release more synth pop, then see if they can get weird.

GOTTS STREET PARK > BADBADNOTGOOD Soulful, jazzy & engaging but more than anything, authentic. GSP have a smoky Motown-jazz feel that has done so well for Badbadnotgood. Given chance & a few exciting vocal collaborations, I hope GSP can emulate some of the success enjoyed by Badbadnotgood. 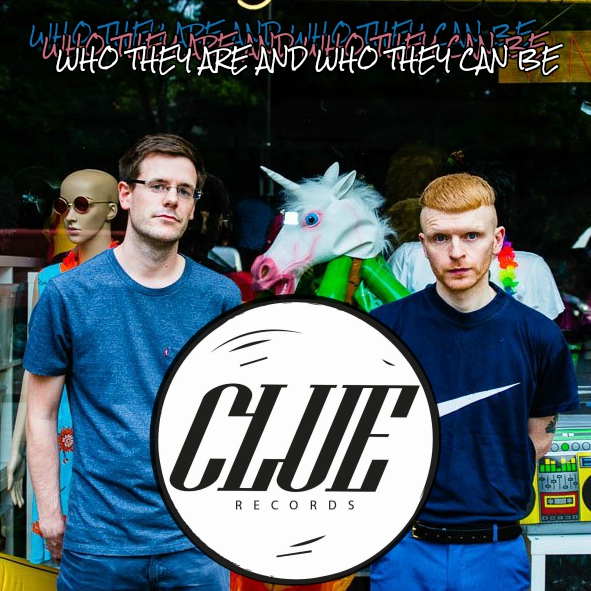