HNY all! We've got tons planned for 2020 with some amazing releases lined up already. 2019 was our busiest for releases & new signings, all went a bit daft.

Don't worry if you missed anything last year, just get Clue'd up with our 2019 Clue Records Release Sampler. It's PAYF & features tracks from YOWL, Team Picture, Crushed Beaks, Van Houten, Fehlt, PLAZA, HAMER, LOCALS, Gawjuss + more. Any money contributed will go towards us growing the label & supporting the acts we're working with.

Don't fancy downloads? You can listen to our playlist with all our 2019 releases in it here: http://smarturl.it/ClueRecordsReleases

Grab yourself a last minute pressie for someone special, or treat yourself to a mystery box... 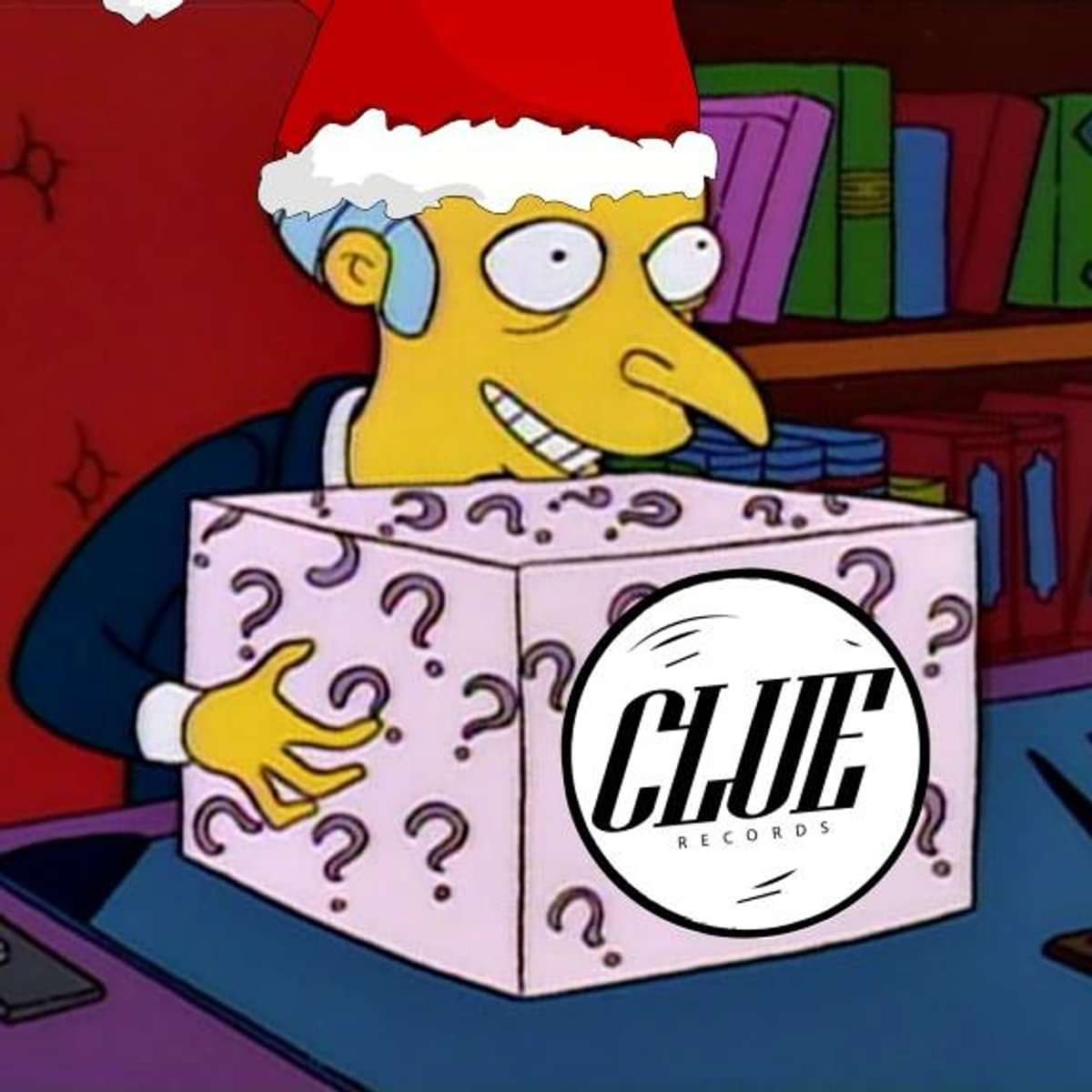 Massively excited to announce we'll be releasing the new EP from YOWL. Been huge fans of this band since seeing them at a CHUNK all-dayer in Leeds ages ago. The new EP is the best thing they've done & to do it justice, we're releasing it on a 12" Ruby Red vinyl.

You can pre-order it HERE

If you're not into vinyl, pre-save the EP on Spotify HERE.

And if you're not familiar with them, now is the time to get acquainted, dive in HERE

Really proud to have released this brilliant album.

There's bits of Connan Mockasin, Mac DeMarco + TRASH to it, but more than anything, it's proper great indie. It was also produced by Martin Smith (Gomez, Bombay Bicycle club, Richard Hawley) which is another thing that makes it sound mega. 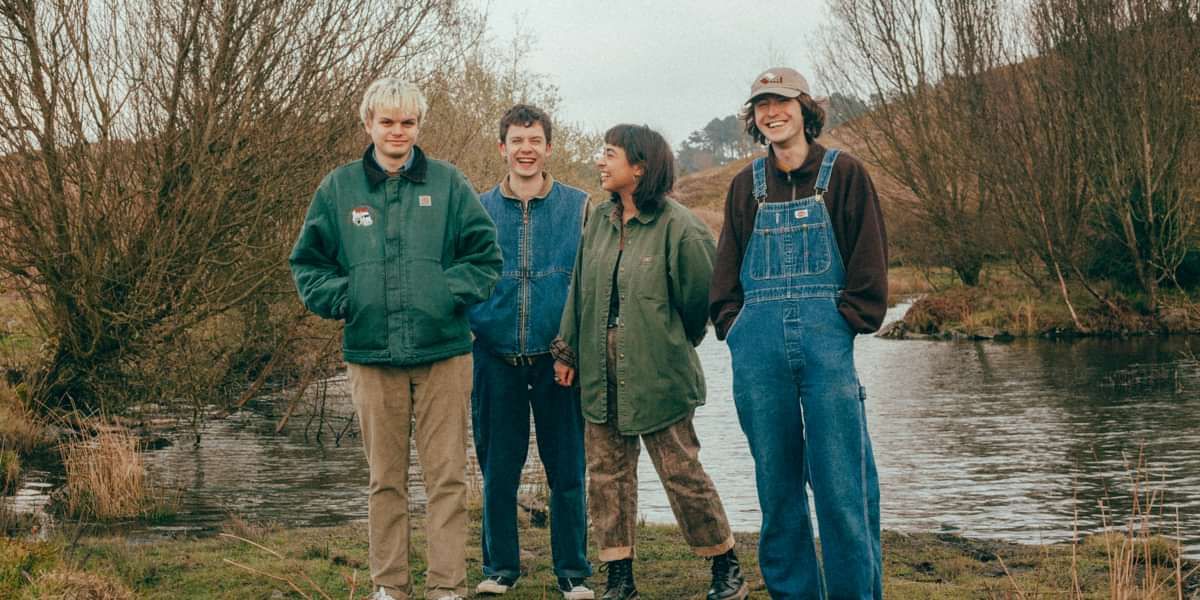 Van Houten's self-titled debut album is available on a very limited edition vinyl with only 100 copies made. 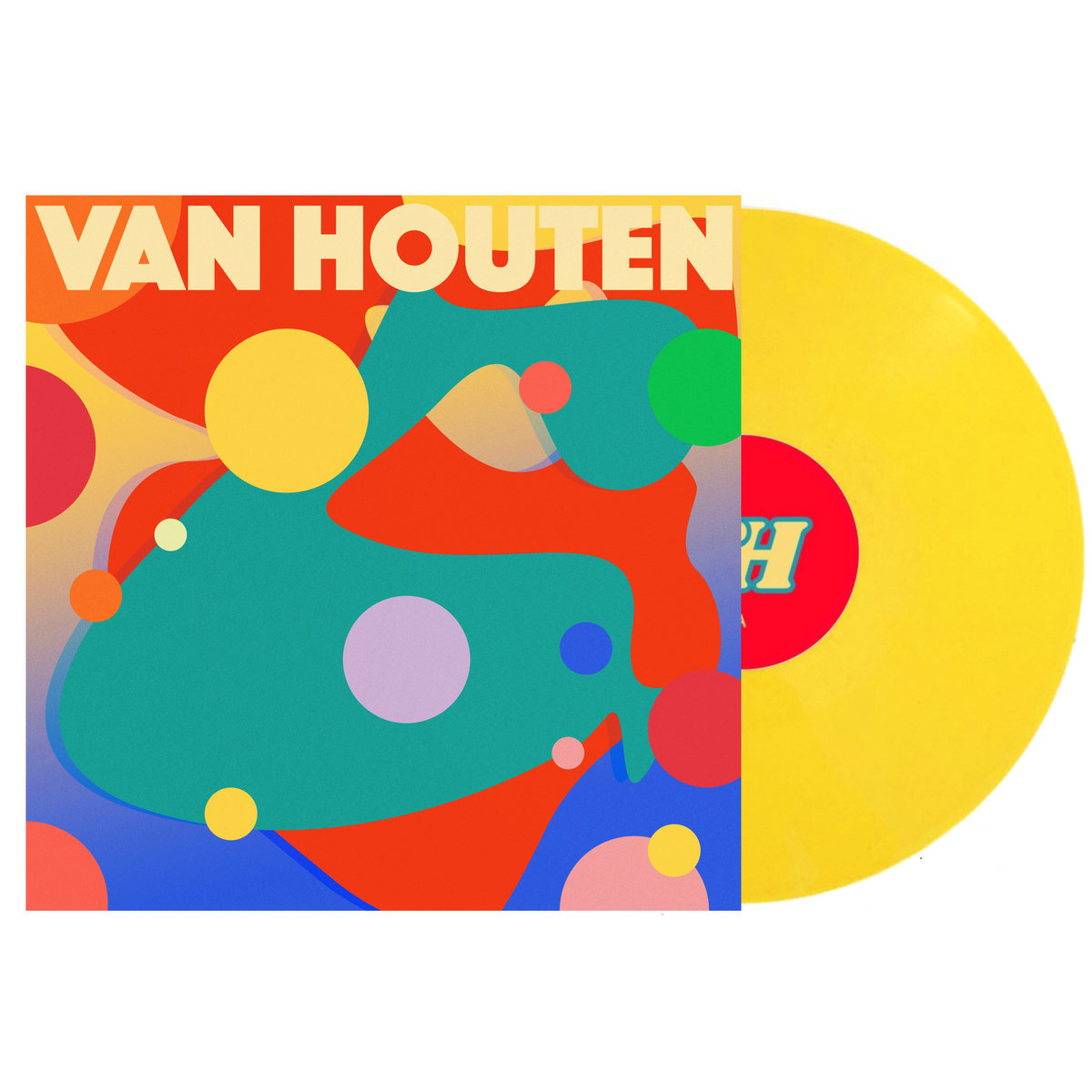 Really excited to be releasing the debut album from HAMER. If you're into Ty Segall, Thee Oh Sees, METZ, Shellac, Big Black, Black Sabbath, Pigsx7 or anything in that ballpark, this should be up your street.

We're pressing the album to a very limited run of 100 coke bottle green transparent vinyl with rosa purple marbling. They look absolutely mint. If you like what you hear, jump in fast.

It is available on a very limited edition vinyl with only 100 copies pressed & we're also giving away a limited run of psych t-shirts with each copy (until we run out of T's).

GET YOUR VINYL HERE

Listen to it everywhere else HERE

SUNFACE (aka Dan from TRASH) is back with a new EP. Lead single 'WIMPY' was played on BBC Radio 6 Music recently!

WIMPY is out this week. Follow SUNFACE on Spotify to make sure you don't miss it!

CRUSHED BEAKS - THE OTHER ROOM ALBUM OUT NOW

Excited to announce we're releasing the new Crushed Beaks record 'The Other Room'. It's also our 50th release as a label!

These are limited to 150 copies each.

They have previously release with Moshi Moshi, toured across the world & had rave reviews from Noisey, NME, The Line Of Best Fit & more. The new album is amazing & we can't wait to release it.

GET YOUR VINYL HERE

We recently signed LOCALS, check out his first release with us below...

Edit Radio: Wanna pick a bunch of tunes & talk between them a bit? Me: Aye petal, sounds mint

That enthralling convo has led to you (yes YOU!!) being able to enjoy a podcast of me talking a bit & sharing proper banging choons.

Listen on the Edit Site HERE

New PLAZA tune is an absolute banger. Less than 3 minutes of it, well more-ish. 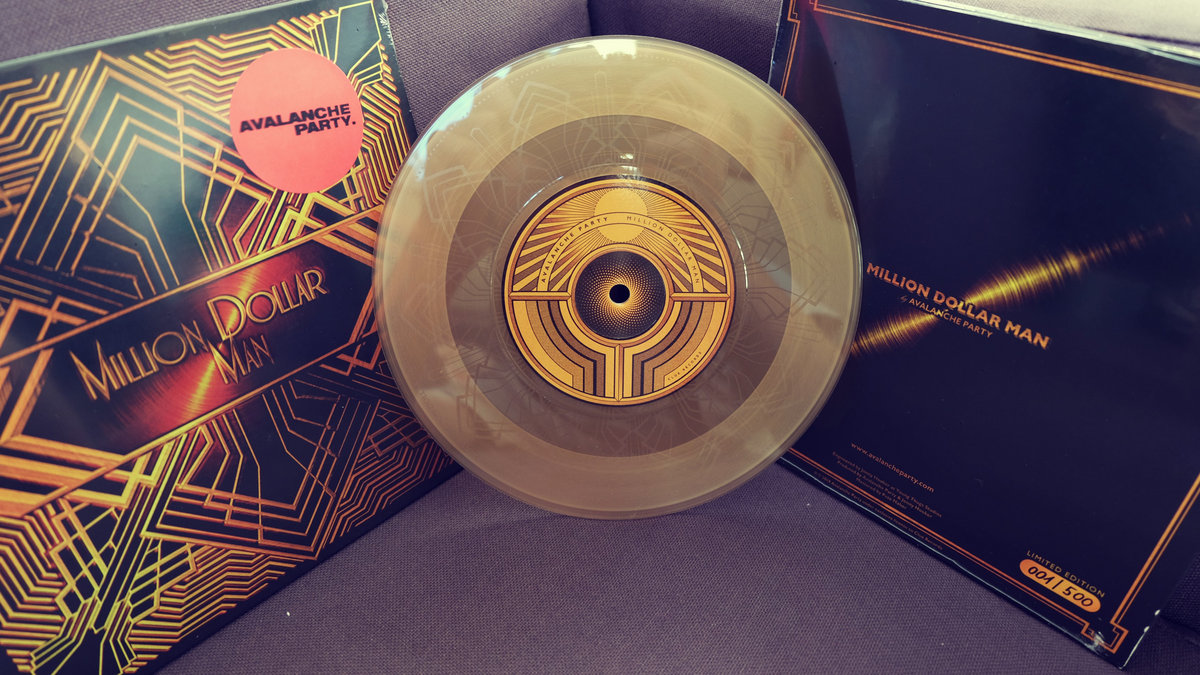 Each copy comes with;

Listen to the track on your favourite streaming platform HERE

Everything they've released on a heavyweight 180g double vinyl album

We've put everything TRASH have released on a heavyweight double vinyl.

Get your copy HERE The reason we started this label was to support acts we love & to regularly find new music. This hasn't changed & although we can't work with everyone we want to, we still want to share what we like. Twice each month we pick a bunch of songs we love & stick them in our 'CLUE-NEY TUNES' playlist. At the end of the 2 weeks we wipe it & start again. Have a listen and if you like it, follow it & return to it every fortnight for a new bunch of tunes we think are ace.

GRAB YOURSELF A LUCKY BAG

Remember parties when you were a kid where you'd run about to Barbie Girl by Aqua & there'd be a buffet. And as you were leaving they gave you a lucky bag with a balloon & toy & sweets and all that??? Or them lucky bags where you'd get a load of toys & some crayons & a lolly??? Class eh???

To find out more about what you'll get in the tote, head HERE THIS IS RADIO CLUE

We host a monthly show on Amazing Radio which we release as a podcast every month. Subscribe & listen HERE. 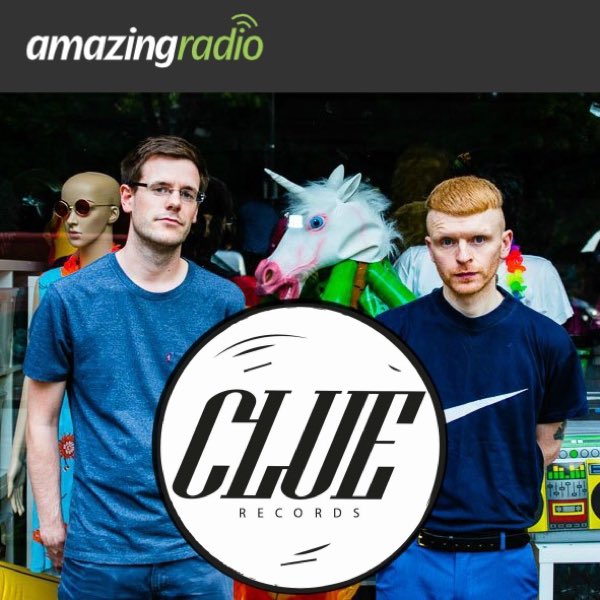 LISTEN TO EVERYTHING WE'VE RELEASED

By signing up you agree to receive news and offers from Clue Records. You can unsubscribe at any time. For more details see the privacy policy. 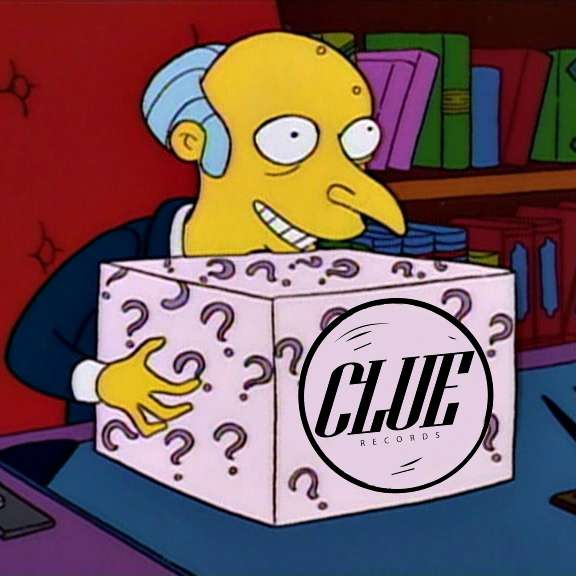 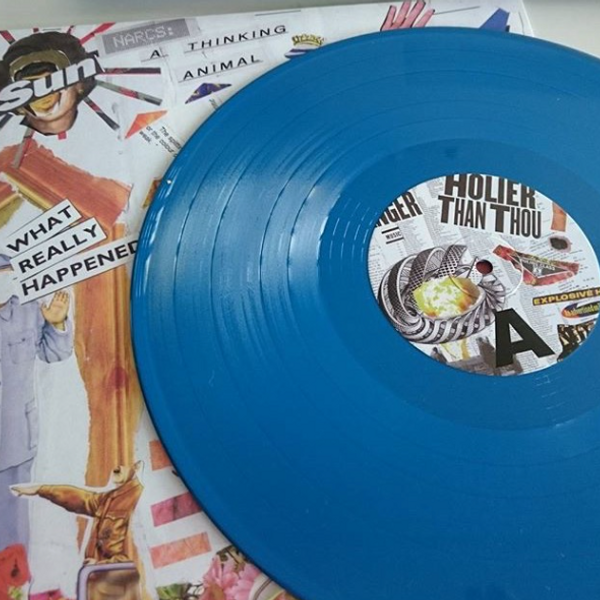 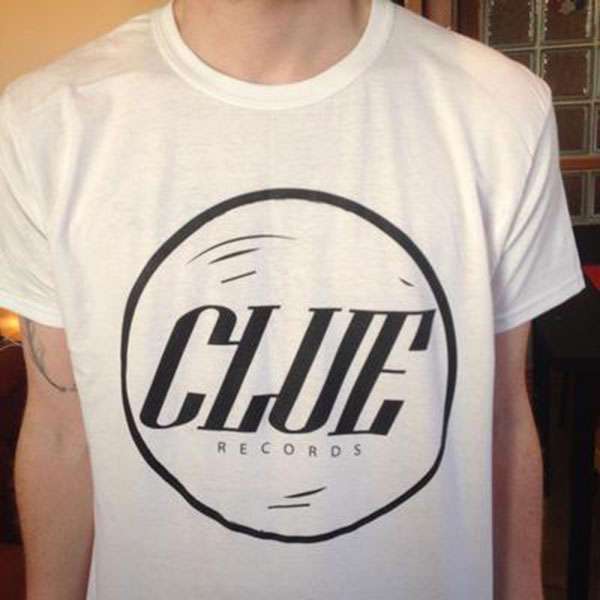