It was 1970 something, I was learning to play drums, I asked for a snare drum for Christmas. I created a drum kit out of my snare drum and pots and pans, I used to play along with Led Zeppelin two.. Jon Bonham was just my idol.

At the time** Rick Wakeman had rehearsal studio's** in the old bus depot in High Wycombe. My dad used to take me along to rehearsals. This was my dad's band, my dad is the guitar player on the right. 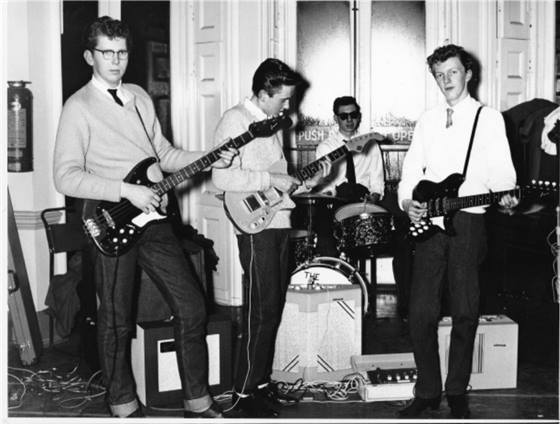 I remember there was these huge sliding doors, big enough for double decker bus's to get in and out, although the bus's were long gone to a new site on the other side of town. Many bands rehearsed there and I was there all the time. Inside the huge building there were two studios, one much smaller, in between them was a small room with windows looking into both studio's. In this small room was a pinball machine, I would play for hours. My Uncle Roger was playing bass for Rick Wakeman in his band called English Rock Ensemble. I was taken along to some of the gigs as well. King Arther Knights of the round table which had ice skaters dressed up etc, Rick was extravagant back then. Here is Roger playing his triple neck Bass. 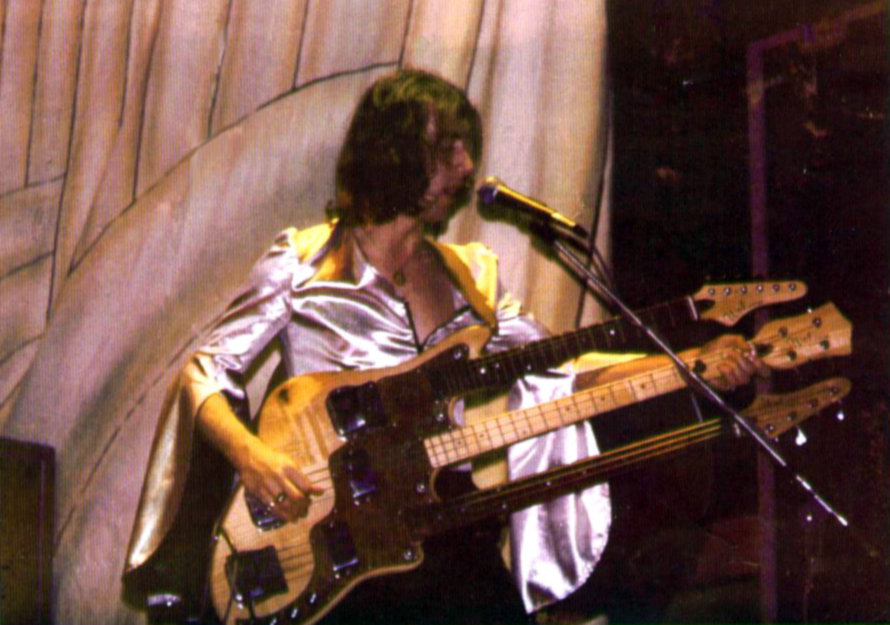 A few years later I wanted to take up guitar, I asked my dad if I could take my snare drum and swap it for an electric guitar at the local music shop. My dad said " no you will be a great drummer". So I went and swapped it anyway. 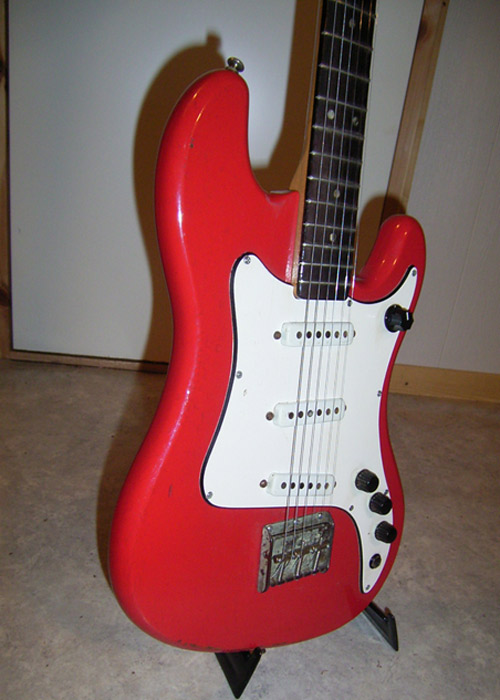 So I came home with a Vox Ace, my first electric guitar, I was about 12. I had to hide it from my dad for months because he had said "no". I learned fast, really fast, My dad taught me ( I used to say, " how do you do that?" and he would show me) not long and I could hear a tune and play it straight away on one hearing. These days I can hear one bar of a song and more or less be able to play the whole song instantly, because most music is so predictable. Later in life I also learned to read music and have grade 8 classical guitar with Trinity college London.

In the late 80's I learned Pascal a computer programming language, I found that with the use of computers my reading and writing problems could be over come. Also another strange thing was in the late 90's I taught my self Biblical Hebrew, I found it easy, You read back to front in Hebrew, I found this extremely easy.

I have so many memories from back then, my first musical era, I as used to play the pinball machine and not talk, I took it all in, I could emulate the music, the players and this was all forming in my mind a foundation on which to build my music ability.

This is a track I recorded recently, this is the first version " Echoes Of Floyd". When I recorded this, I played the drums first, recorded them with the rest of the track going on in my head from musical memory, I then recorded the rest one at a time, first rhythm guitar then bass then keyboards and finally the lead. There is some fiery lead playing in this version. l You can download this version for free here:

Thanks for listening, I have so many more amazing memories, I will share them with you in the near future, I will also give you music from some of these memories, this will include unreleased unheard tracks from myself and some of the big named artists that were around at the time.