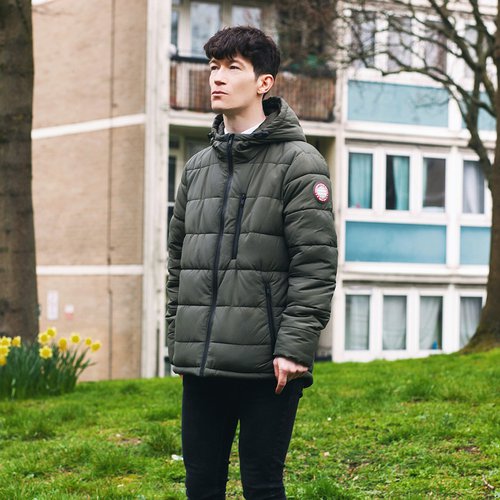 Following the release of “Think I’m Gonna Fall” in January - the first X-Posure Hot One of the year on John Kennedy’s Radio X show – rising UK artist Belonging returns this month with an emotional new single “Now That We’re No-One”, out on streaming platforms from Friday 16th July.

While Think I’m Gonna Fall’s club-ready beats pined for the dancefloor, Now That We’re No-One is more crying in the orchestra pit. Soaring strings are joined by swirling guitars and thumping drums as the track builds to a rousing, affecting crescendo, as the vocals move from whispered to hollered through a twisted tale of early-Twenties love, loss, toxic friendships, self-doubt and confusion.

Written and recorded entirely in Belonging (aka Chris Patrick)’s, bedroom, the new song was a classic case of turning something negative into a positive for the Bedford-based, London-born singer-songwriter.

“I was spending way too much time lying awake at night going over mistakes, disappointments and regrets”, Chris says, “and I guess my brain decided that I might as well give my overthinking a soundtrack! While there’s a lot of self-deprecating humour in there, it was definitely a cathartic one for me too. It helped me to get a bit of perspective about everything, so maybe I do have some emotional maturity after all!”

“It was known as ‘The Vegas Song’ for ages because of the strings, I was imagining playing it with a Big Band at my bitter and twisted Las Vegas residency in 40 years’ time!”

Having played pre-Covid live dates with the likes of Sad Boys Club, Everyone You Know, Wooze and Catholic Action, Belonging’s previous single How Could You Know? was an X-Posure Big One and Hot One on John Kennedy’s Radio X show, while All I Can Hear was picked up by BBC 6 Music’s Tom Robinson.

Further info, hi-res photos and cover art plus an mp3 and wav of the song are available at https://www.dropbox.com/sh/xwj13jndpc30n4g/AAA8ZUW1i_XIuKfY8k0vlRdOa?dl=0

By signing up you agree to receive news and offers from Belonging. You can unsubscribe at any time. For more details see the privacy policy.