Atlantic-O is a new release from ‘Fossils Of The Mind’ album by Will Lawton & Weasel Howlett. The song was inspired by years of surfing and the eternal pull of the ocean. We decided to attempt to create a video for this song by hauling a grand piano and drum kit down to Llangennith beach in Gower, South Wales in mid-winter. The day we chose was the day before the beast from the east hit in 2018. It was -4 degrees celsius and the beach was covered in snow by the time we left!

We had to time the tide right as wanted to be as close to the sea as possible so timed the filming to coincide with high tide. It was great seeing the surfers walk by, totally unphased by the fact that there was a grand piano on the beach. We are left with two videos from this song. The 'making of' video was filmed by Tamilla Haycock and the main song video filmed by Peter Harries of Tipi Productions.

Musicians featured on this track are:

This song was recorded in The Wood Room at Real World Studios, Wiltshire, England by Patrick Phillips. Mixing and production by Charlie Grimsdale at Crossleaze Studios. Click here to buy the full album ‘Fossils of the Mind’ and click here to buy a download of ‘Atlantic-O’ 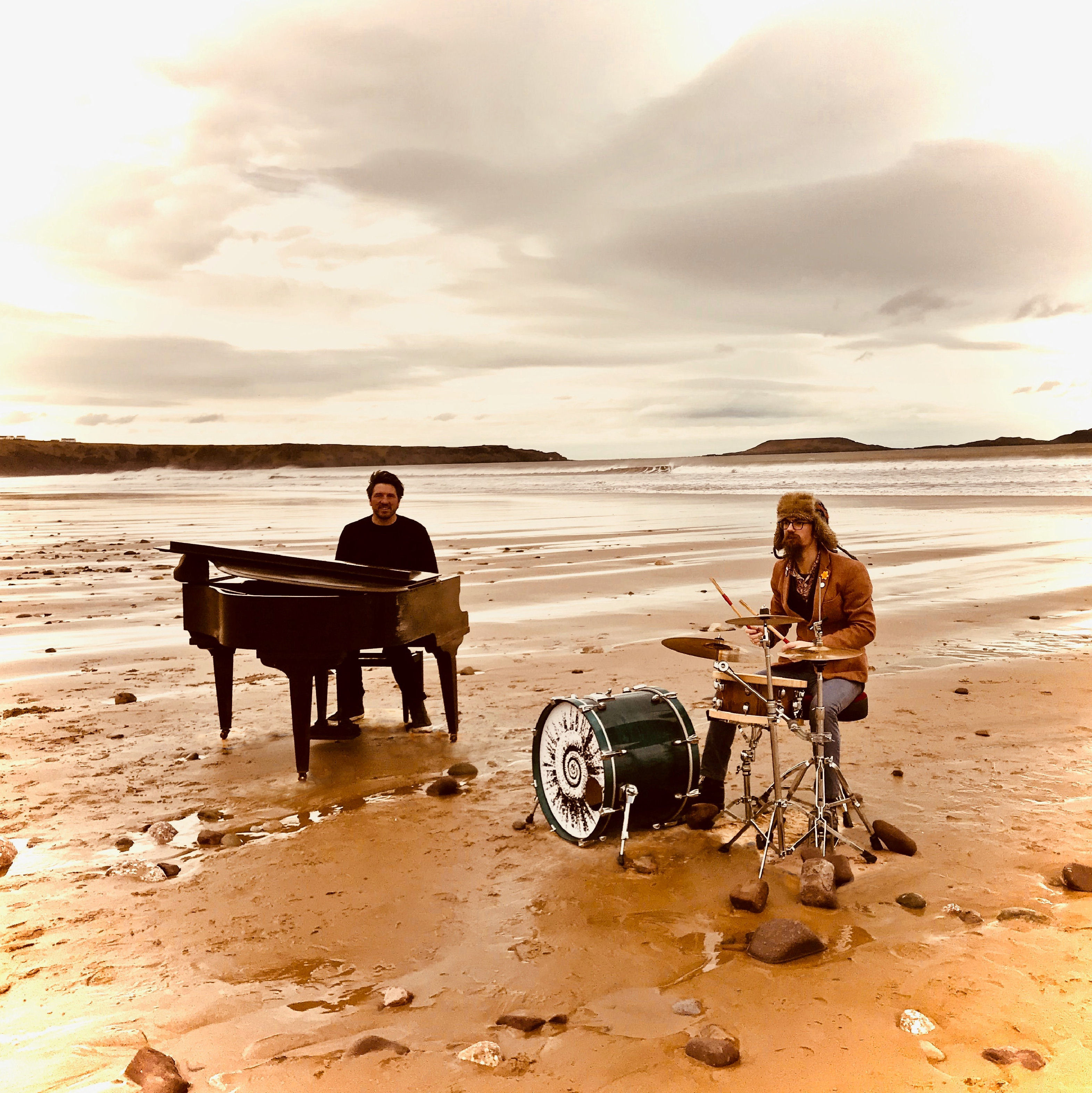