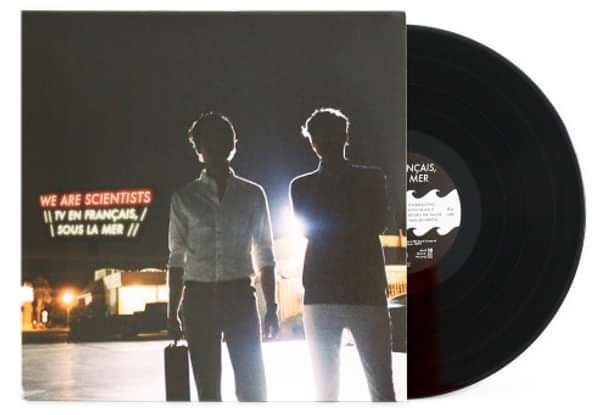 A 12-inch-wide piece of imported vinyl you'll be proud to serve meat on.

A shocking reinvention of 2014's "TV en Français," this latest W.A.S. album is actually very pleasant, for something so shocking. It comprises 8 of that earlier record's 10 songs — but re-invented, re-invigorated, re-recorded. It is darker, often slower, with perhaps a looser grip on reality. Recommended uses include "while bathing," "in your iPod while spelunking," and "while teaching kids about what good music is."

Includes download code, so you can get it onto your iPod for spelunking. Imported from England.