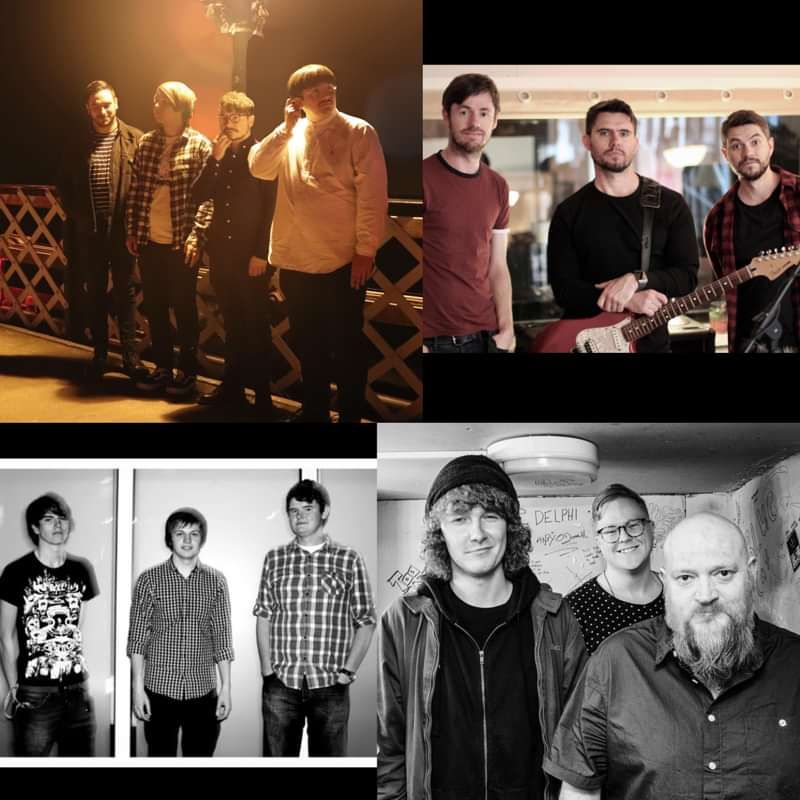 Venice of the North presents:

State of the Reunion: So Many Animal Calls, Make Sparks, Carnivores, Pacific Theatre

So Many Animal Calls

Self-confessed Glaswegian “Failpop” Quartet. Consisting of members Sean Mckenna, Ross Stewart, Ross Coll & Sam Leighton, SMAC self-produced and released a three track EP “Your House is a Hospice” as a three piece with Sean, Ross Stewart & previous drummer Martin in 2010. In 2011 the band released their EP, “Eulogy”, which saw them add Ross Coll on bass and resulted in the band gathering attention through a string of support slots and touring. In 2012 the band released their first official single, “Traps” through local label at the time Overlook Records. The single was a major breakthrough for the band, gaining them radio play on BBC Radio 1 and the single and accompanying video resulting in the band getting hand picked to open up the main stage for Rockness festival 2012, sharing the stage with the likes of Little Comets, Friendly Fires & Biffy Clyro. The band released a string of singles and and headlined King Tuts Wah Wah Hut before the release of their second EP “Burden” through Bloc+ Music, which saw the addition of Sam Leighton on drums followed touring of the record across the UK which included a string of headline shows as well as gaining support from publications such as Rock Sound, The Herald and Huw Stephen from the BBC.

Regularly compared to emo contemporaries such as The Get Up Kids, Death Cab for Cutie and The Promise Ring, SMAC draw influences from bands ranging from The Cure to Motion City Soundtrack.

The band played their final sold out headline show in 2017, with this being the last opportunity to catch them and their loud and emotionally raw live show.

Make Sparks are taking a break from taking a break. In fact they could be on the verge of reforming - the band have been back in the studio and have the makings of an album in the works… but probably not. All the usual pop-rock, harmony-laden biffy-isms and more indy jangle than you can shake a tambourine at. Expect all the hits!

Carnivores were a three piece rock band hailing from Glasgow, Scotland. Formed in the late 2000's by college friends Kenny, Grant and original drummer David, Carnivores got to work the old fashioned way, touring the toilet venues of Scotland in an battered estate car building a fan-base show by show. They quickly gained a reputation as one of the craziest live bands in Scotland after guerilla gigs in abandoned buildings, house parties and 450ft up in the Glasgow Science Centre Tower, the tallest fully rotating structure in the world. It has been broken ever since.

After hitting their stride with a series of self-releases EP's and singles, Carnivores went on to play T in the Park Festival, headline Glasgow's King Tut's Wah Wah Hut and play legendary Glasgow Barrowland at a sell out show supporting Twin Atlantic. In 2013, the band replaced David with new drummer Martin Johnston and soon got down to making 'Let's Get Metaphysical', their debut album.

Carnivores played their final shows in 2018 and were once described by the NME as sounding like 'Weezer being beaten up by The Dillinger Escape Plan', you’d be mad to miss the opportunity to catch one of their ferocious live shows once more.

Pacific Theatre - Pacific Theatre were a three piece powerpop/emotive rock band hailing from Paisley, Scotland and consisted of John Murphy, Fraser Urie and Andrew Robinson. The band were well known for their singalong anthems and heartfelt lyrics with a loyal fanbase in Scotland. In December 2014 they called it a day after years of touring and a string of support slots with bands such as Six Star Hotel, Tellison, Lightguides & more. For one night only the full band will reunite!

State of the Reunion: So Many Animal Calls, Make Sparks, Carnivores, Pacific Theatre