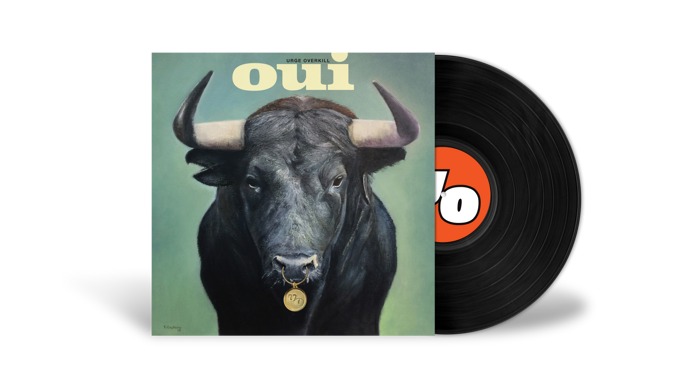 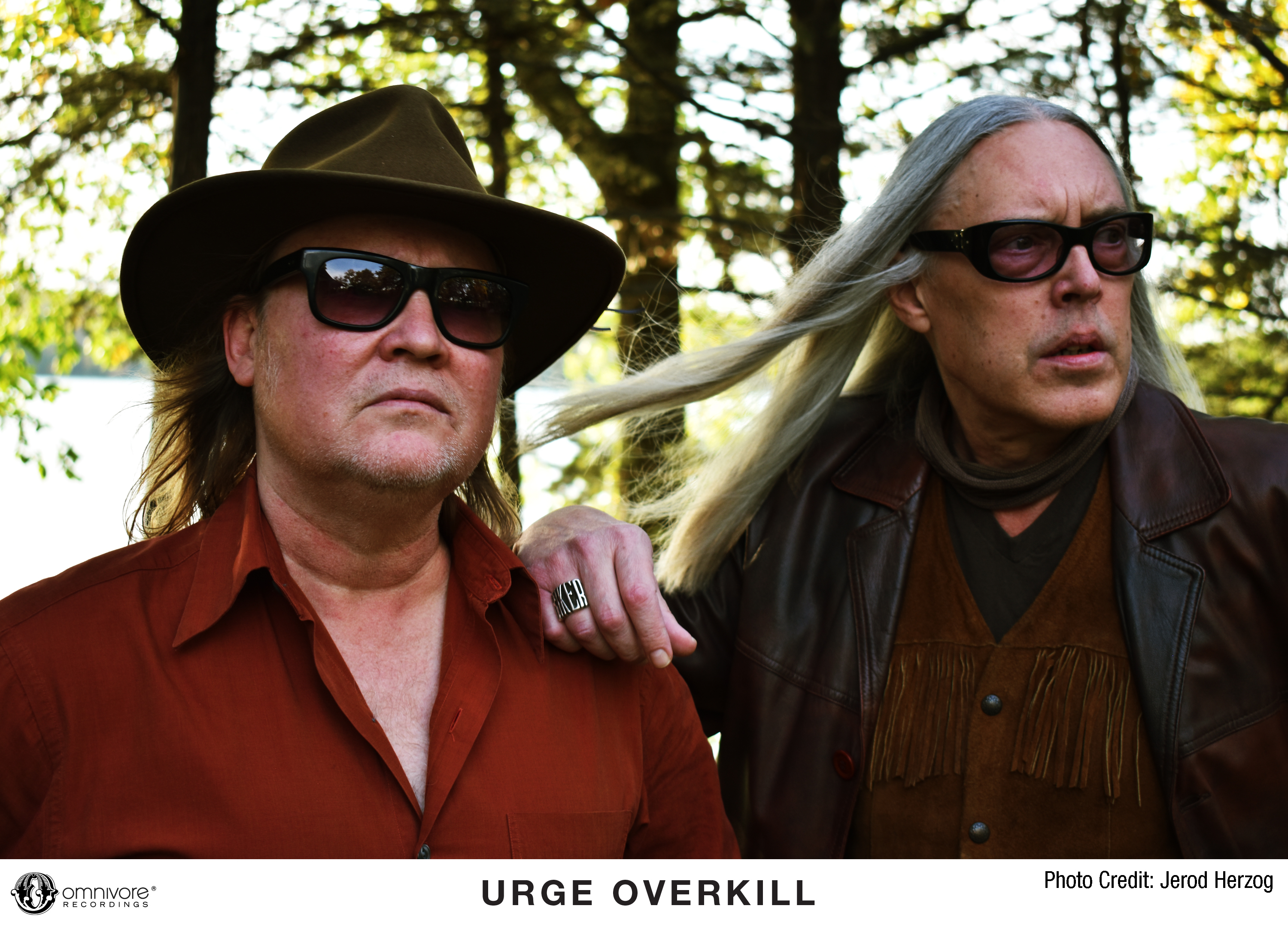 First new album from Urge Overkill in a decade. When the world was asked if it was time for new music from Urge Overkill, it responded with one word—Oui. Oui is the new release from Nash Kato and King Roeser—their first in over a decade. It’s full of their signature mix of rock, hooks, and fancy bling, which is exactly what a post-pandemic planet has needed for far too long. Urge Overkill is comprised of two unique voices. A double singer-songwriter attack. Roeser and Kato, two Minnesota native sons, met at Northwestern University in Evanston, IL. Pulling their name from Parliament’s title track “Funkentelechy,” Urge Overkill was born in 1984, releasing their debut EP Strange I… on fellow Northwestern student Steve Albini’s Ruthless Records (with Albini in the production chair, as well). Touch And Go Records founder Cory Rusk championed the band as well, and Jesus Urge Superstar appeared on that classic Chicago label, once again helmed by Albini (while the band was housed in his basement.) Next came 1990’s Americruiser, this time produced by Butch Vig, featuring a sound and style that influenced fellow bands like Smashing Pumpkins and Nirvana, who would consequently use Vig on albums like Siamese Dream and Nevermind. 1991’s The Supersonic Storybook (named by Material Issue’s Jim Ellison) brought Albini back to the production role, and Urge opened for Nirvana on American and European legs of Nirvana’s Nevermind tour. At that point, Pearl Jam tapped them for their Vs. tour, and Urge Overkill was playing arenas. Urge tapped Kramer (Bongwater, Butthole Surfers) to produce 1992’s Stull EP, which included a cover of Neil Diamond’s “Girl, You’ll Be A Woman Soon” and the original “Goodbye To Guyville”—whose title was adapted by Liz Phair for her acclaimed debut. Even as just an EP, it proved that Urge was ready for the big leagues, and they signed to Geffen Records later that year. 1993 brought the world Saturation, produced by the Butcher Bros. (Cypress Hill, Nine Inch Nails, Anthrax). Featuring radio hits like “Sister Havana” and “Positive Bleeding,” the band rock and rolled on. While working on Saturation’s follow-up, Quentin Tarantino picked Stull’s “Girl, You’ll Be A Woman Soon” for inclusion in his upcoming film Pulp Fiction. The film and soundtrack became a massive hit, rocketing Urge into the public consciousness. After 1995’s Exit The Dragon, Urge’s whirlwind first decade came to a close. It was time for a break. Kato and Roeser reunited in 2010, playing a set at Tarantino’s Friar’s Club Roast, and sat on the podium alongside Samuel L. Jackson and Uma Thurman. Two years later, Rock & Roll Submarine was released to great acclaim (garnering four stars from Mojo magazine.) Now, a decade later, Urge Overkill returns with Oui—twelve new tracks from Kato and Roeser, including eleven originals and an Urge-ified cover of Wham!’s “Freedom!” It’s the logical extension of everything everyone loves about Urge Overkill—killer riffs, memorable hooks, and the style and swagger of Nash Kato and King Roeser. So, add the word that goes before “please.” It’s Oui.