Entry Requirements: Under 16s accompanied by an adult

Above with Music Glue (e-tickets only)

All times are subject to change on the night

Margins Cafe serves hot homemade food. It is open to all ticket holders when doors open at 18:30.

On the Menu at Margins Cafe:

Bacon and Leek Quiche with Salad

Aubergine and Feta Quiche with Salad

Find out more about Margins Cafe & their food

There's lots of useful information in the Visiting section of our website.

As our venue is entirely seated and seating is unreserved it is best to arrive early.

Organ Reframed – releasing the organ from its traditional roots

The opening night of Organ Reframed features six world premieres from composers at the forefront of new music.

Each with their own unique voice, from the legendary avant-garde pioneer Phill Niblock to the classical/electronic composer Emily Hall, these works show just how versatile the organ is.

"I've always wanted to compose for a pipe organ and am honored to have been given the opportunity to do so. When I was studying composition in college, I remember reading that Stravinsky would always say that one's composition isn't complete until they've heard it on a pipe organ. It's where you can truly hear how the harmonics play with each other. " Kaitlyn Aurelia Smith

Mira Calix is an award winning artist and composer based in the United Kingdom. Music and sound, which she considers a sculptural material, are at the center of her practice. Her work explores the manipulation of the material into visible, physical forms through multi-disciplinary installations, sculpture, video and performance works. Calix’s practice is deliberately disjunctive, allowing research, site, and subject to influence a fluid choice of materials and mediums.

Mira has been commissioned and exhibited works and performances with many leading international cultural institutions, festivals and ensembles including the London Sinfonietta, the Globe, the Royal Shakespeare Company, Carriageworks, MONA, Performa, Barbican, Lincoln Center the Manchester International festival and the London Olympics amongst others.

As well as solo artworks, Mira is a vociferous collaborator, working with visual artists, scientists, architects, dancers and musicians from other disciplines. In 2017 launched her online Portal, a space for music, conversation and material works in conjunction with Warp Records with whom she is signed.

Much of Emily Hall's music is formed from close creative relationships with singers and writers, finding her own ways of using technology and live performance. Emily Hall studied composition at York University and the Royal College of Music, London. She has written for many different ensembles and orchestras including the London Sinfonietta, LSO, BBCNOW, the Brodsky Quartet, Opera North, LCO, and Hungarian Radio Choir. Her music is broadcast frequently on BBC Radio 2, 3, 4 and 6Music.

Much to her surprise, Emily has written 4 operas. Her first opera, “Sante” was described by The Times as “a dynamic new opera worth everyone’s time and hopes”. Her second was a film opera, “The Nightingale and the Rose” (2010) commissioned by Streetwise Opera. Next “Folie a Deux” (2015) a concept album /opera, written with Icelandic author Sjon for singers Sofia Jernberg and Allan Clayton produced by Mahogany Opera Group. Her latest “Found and Lost” [2016] is a site-specific opera installation commissioned by the Corinthia Hotel, London. Her trilogy of song cycles written with Toby Litt are widely performed.

Emily Hall is a member of Bedroom Community the Icelandic record label.

Emily Hall has won many awards for her music including the Paul Hamlyn Foundation Award for Artists, the genesis Opera Prize and the Royal Philharmonic Society Composition Award.

Gordon Monahan is the recipient of a 2013 Governor-General's Award in Visual and Media Arts. He is currently the “2016 City Sound Artist” for Bonn, Germany.

Tim Hecker has spent the last decade inhabiting a unique intersection between noise, dissonance, and melody. In his varied and celebrated works, digital and organic sources tightly intertwine. The result is a hybrid aesthetic that recalls electronic abstraction and psychedelic American minimalism. As the New York Times put it, he plays “foreboding, abstract pieces in which static and sub-bass rumbles open up around slow-moving notes and chords, like fissures in the earth waiting to swallow them whole.” Hecker’s most recent album, 2016’s Love Streams (released on 4AD), takes as its cue from the avant-classical orchestration and extreme electronic processing of his celebrated 2013 record, Virgins, but shaped into more melancholic, ultraviolet hues. His extensive, vigorous live performances have served to further cement his reputation as a contemporary master of volume and texture.

Phill Niblock is an intermedia artist using music, film, photography, video and computers. He makes thick, loud drones of music, filled with microtones of instrumental timbres which generate many other tones in the performance space. Simultaneously, he presents films / videos which look at the movement of people working, or computer driven black and white abstract images floating through time.

He was born in Indiana in 1933. Since the mid-60's he has been making music and intermedia performances which have been shown at numerous venues around the world. Since 1985, he has been the director of the Experimental Intermedia Foundation in New York where he has been an artist/member since 1968.

He is the producer of Music and Intermedia presentations at EI since 1973 and the curator of EI's XI Records label. Phill Niblock's music is available on the XI, Moikai, Mode and Touch labels. A DVD of films and music is available on the Extreme label. He is a retired professor at The College of Staten Island, the City University of NewYork. In 2014, he was the recipient of the John Cage Award from the Foundation for Contemporary Arts.

Raised on the placid Orcas Island off the coast of Washington state, Kaitlyn's compositions are positively surreal yet rooted in nature. By combining the organic elements of her upbringing with the technological prowess gained from her studies at Berklee College of Music, Kaitlyn's impact on modern music is distinct and significant. Throughout her youth, Kaitlyn experimented with various instruments and musical styles before having a chance encounter with the Buchla 100 synthesizer — an instrument that instantly reoriented her musical sensibilities and put her on the path she's become globally recognized for. Kaitlyn's upward trajectory was later cemented with the release of her 2015 full-length, Euclid, on Western Vinyl. 2016 saw the launch of her celebrated album, EARS, as well as a collaboration with new age pioneer Suzanne Ciani, earning her numerous best-of nods by the likes of Pitchfork, NPR, Rolling Stone and SPIN. Kaitlyn continues writing, collaborating and composing, with plans to release new music and embark on a worldwide tour in fall 2017.

Organist James McVinnie has collaborated with some of the world’s leading composers, producers and performers from classical, contemporary, popular and experimental music. Nico Muhly, Tom Jenkinson/Squarepusher, Martin Creed (winner of the 2001 Turner Prize), Richard Reed Parry (Arcade Fire), David Lang (winner of the 2008 Pulitzer Prize in music) and Bryce Dessner (The National) have written works for him.

Recent highlights have included a solo recital at the Walt Disney Concert Hall, Los Angeles and a subsequent concerto debut with the Los Angeles Philharmonic under Esa Pekka Salonen in the LA Phil’s Reykjavík Festival. He also led the first performance of ‘Music in 12 Parts’ by Philip Glass by anyone other than the composer’s own Ensemble at London’s Barbican Centre. His recent collaboration with Tom Jenkinson (Squarepusher) will be presented at the Concertgebouw Amsterdam by the Holland Festival June 2017.

Future projects include commissioning project with the CRASH ensemble, a solo marathon recital of music by Philip Glass at the Paris Philharmonie and a collaboration with the electronic music duo Darkstar, a new concerto by Nico Muhly with the LA Philharmonic in their 2017/18 season as well as a return to Glyndebourne in 2018 to perform on stage concertos in Barrie Kosky’s spectacular production of Handel’s ‘Saul’.

One of the UK’s most highly sought after interpreters of contemporary repertoire, The London Contemporary Orchestra (LCO) has established an unparalleled reputation within the British classical music scene since they were formed in 2008 by violist and conductor Robert Ames and conductor Hugh Brunt. Straddling both the classical and commercial music arenas the LCO has worked with a distinguished catalogue of composers and artists including Secret Cinema, United Visual Artists, Biosphere, Mark-Anthony Turnage, Vivienne Westwood, Matmos, Belle & Sebastian, Conrad Shawcross, Nike, Jimmy Page and Foals. The orchestra has performed at the UK’s most prestigious venues including the Royal Opera House, Roundhouse, The Old Vic Tunnels and Southbank Centre as well as at the Latitude Festival, on BBC Radio 3 and Sky Arts. In 2010 the LCO was recognised by the Royal Philharmonic Society Awards for its work in audience development.

Throughout the festival artist Dawn Scarfe’s site-specific installation will be in place exploring sensitivity and resonance - Accessible at all Organ Reframed events. 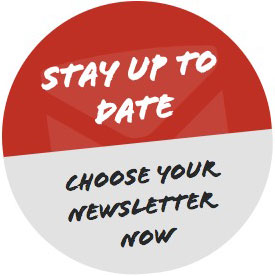 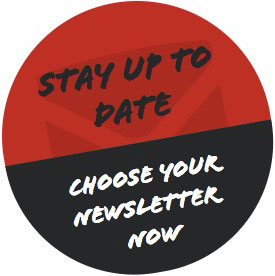 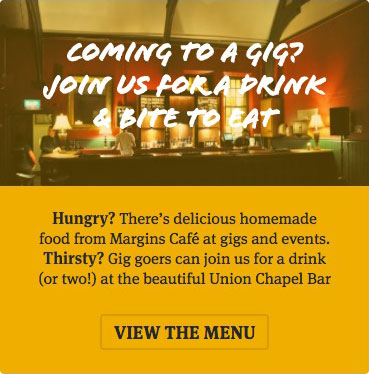 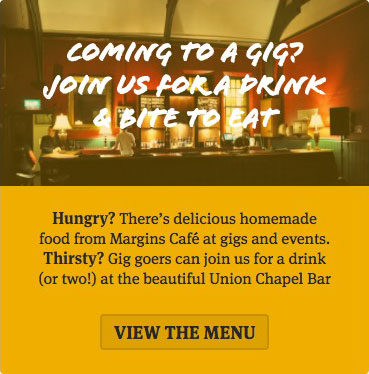 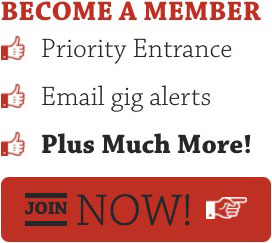 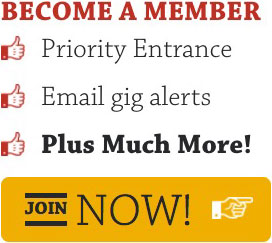 Union Chapel is entirely independent and receives no government funding - Your donations make a really big difference to the varied work of the Chapel, every little really does help!